My Hero - Drake Alexander from Dark Side of a Promise. 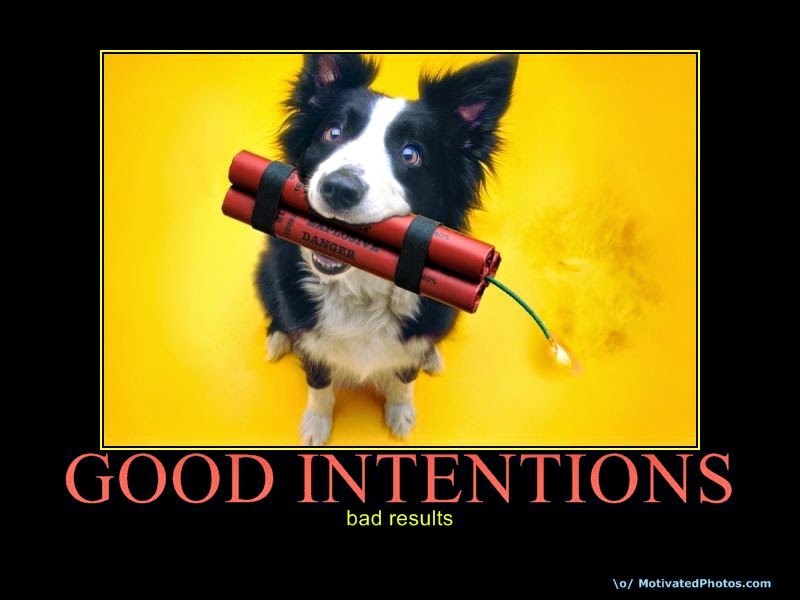 My intentions this week was (and still is) to feature guest author Jo Marshall with an excerpt from one of her Twig stories. Due to a technical glitch, Chapter 1 of her story Leaf and The Long Ice will only be available Monday, however, I am re-posting a short bio of my hero Drake Alexander from Dark Side of a Promise, for the weekend. 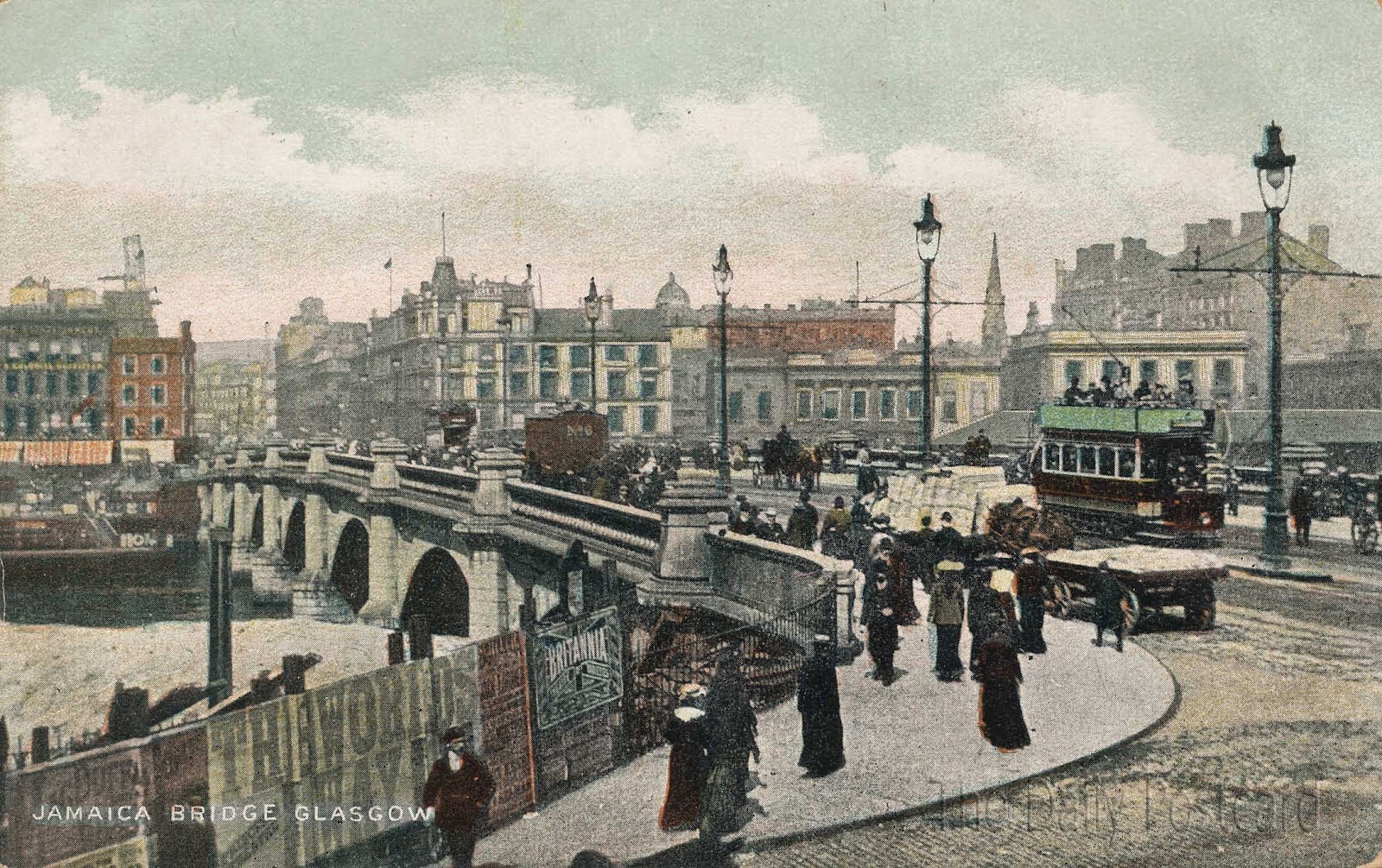 To really understand who Drake Alexander is, we would have to journey back to Glasgow, Scotland to the year 1911, when his great grandfather drank himself to death, after all a liver can only filter so much poison before it finally stops working. Joachim Alexander left his wife and seven children desolate, therefore, Lucretia Alexander had no choice but to give up some of her children to relatives or neighbors. She vowed none would go to an orphanage.


Drake’s grandfather, Dominic, was the middle child and ended up living with his uncle, his father’s bachelor brother. He was eleven when he moved in with Robert Alexander, but everyone called the middle aged man Duff. Dominic never discovered why.  Disgruntled and grumpy at the crick in his lifestyle, Duff was none too welcoming. The first weeks were the hardest for Dominic, no sibs about although the quiet was not unpleasant at times. He missed his little brothers the most, it was easy to make them laugh. Alone at nights, the comfort of his own bed was not as satisfying as the squirming of warm tiny bodies he shared his quilts with before. And he missed his mother.


It wasn’t to say that Duff was mean or uncaring, he actually liked the shy boy who smiled easy and believed everything he said. He noted that Dominic was obedient and quite smart, unlike his sot of a father. Duff was a fine cook and his haggis served with “neeps and tatties” was the best the lad had ever eaten.  Haggis is a tradition, Scotland’s national dish. One of the first things Duff taught him was to prepare the sheep’s pluck, add the oatmeal and minced onions, suet, salt and spices that made up the tasty pudding.


Duff was a goldsmith, his best friend Angus was a carpenter and the old maid that shared a sheet with Duff on occasion was a teacher. The three of them molded the young man over the next seven years. Dominic was taught to be frugal but not cheap, how to repair and make gold and silver trinkets for those that had the money, how to build a house, how to treat a lady, how to dance, 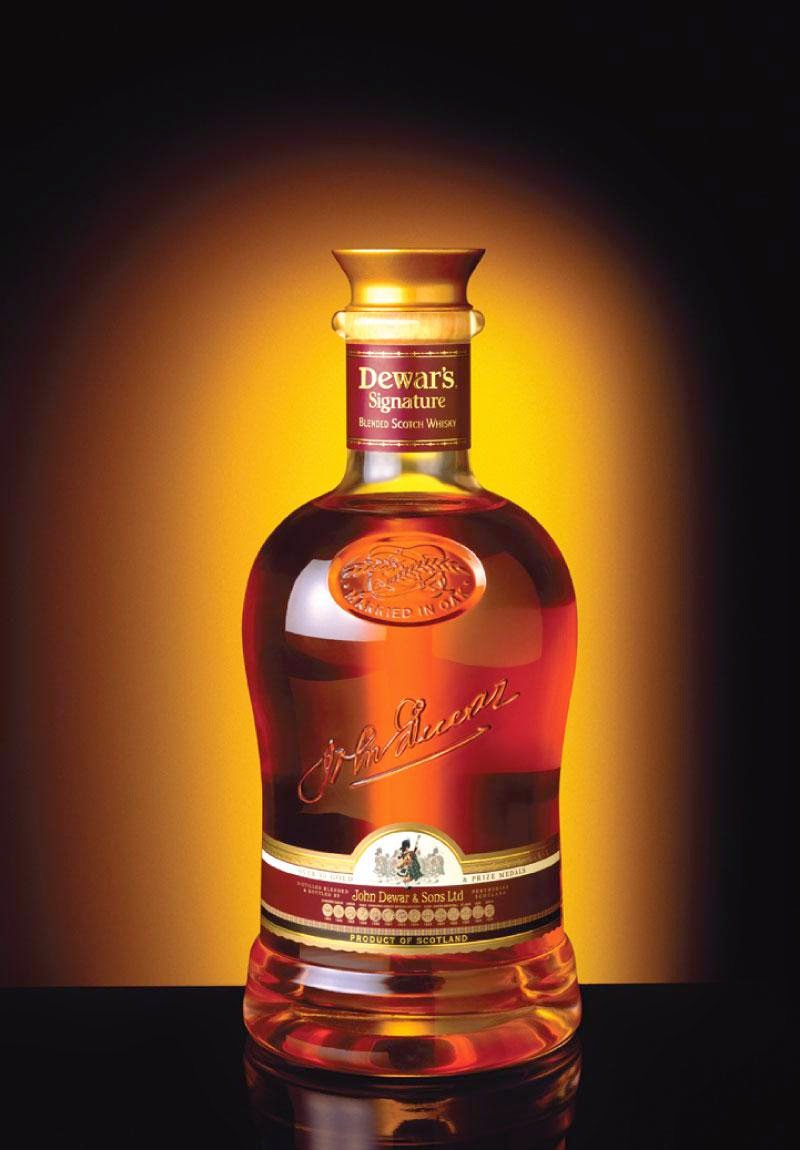 how to sip good Scottish whiskey, how to stay away from trouble and how to make friends. By the time his uncle died a tragic death when his home burnt to the ground near the end of the First World War, Dominic had been forged into a respectful, honorable and skilled man. The small fortune Duff left him did nothing to fill the emptiness he felt, the bond of friendship had been broken.


At the end of the War, Dominic followed the soldiers returning home to Canada. The ship he sailed on docked in Saint John on December 19th, 1918. It was the same year that the two largest railroads were merged by the federal government into the Canadian National Railway. When he heard of the railway’s large shops in Moncton, he spent his first Christmas in Canada at the Westmount Victorian Hotel on Main Street. 1918 was also the year of the influenza pandemic in Moncton. The New Year found Dominic one of the over three thousand sick but thankfully not one of the 85 that died from the disease. He spent the first two weeks of 1919 in hospital on King Street in the east end of the city.  Weak and recovering he moved into a rooming house on Lutz Street. From there he developed his plan to buy his own land, build his own business and settle in to his adopted city. 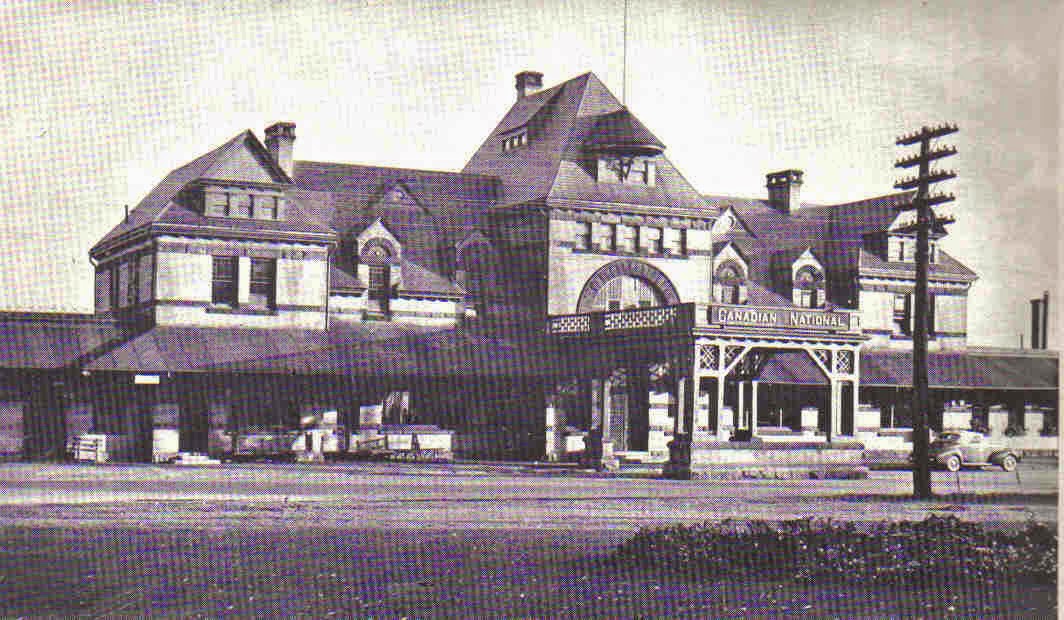 It didn’t take long for Dominic Alexander to become a successful entrepreneur.  Buying a parcel of land on the west end of the city where there was no other businesses was a bit of a joke in the community until the populace noticed an elegant building rising from the dirt by a lone immigrant that spent his days from early morning until darkness supervising the establishing of what would become Alexander’s Jewellery & Repairs downstairs and his home upstairs. Only eight months from opening day, he realized he would need additional staff, at least one full time. He hired a young girl from Cocagne to be his sales clerk.


As fortune would have it, he and Maria Desjardins fell in love.  A pleasant seaside wedding preceded several children of which the oldest was Jacob Alexander, Drake’s father.  Jacob was like his Dad, sensible, honest to a fault and a good business man. He and his father eventually opened several more stores. There had never been enough time in Jacob’s life for love as he was just too busy. That changed in 1950 when he was attending a jewellery show in New York and happened upon the most amazing woman, Mellissa Wilbraham., the only daughter of another jewellery family from Plymouth Massachusetts. Romance followed, a wedding, amalgamation of the businesses and then a family. Drake came first then his sister Glory. Tragedy followed, Mellissa died from complications and Jacob brought up the children with the same dedication he placed on the family’s fortunes. Jacob also hoped that one day, his son Drake would follow him into the business but it never happened. 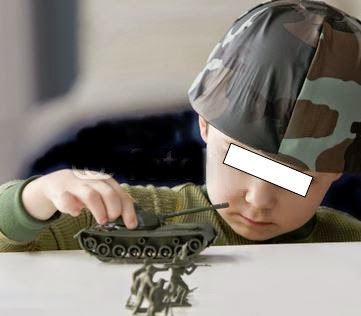 Imagine a small boy, about eight with big brown eyes and curly dark hair, standing at the fence that divides his grandfather Desjardin's land from his neighbor's. With bug-eyed fascination he watches a group of reservists, bedecked in battle gear, bivouacking near the forest at the end of the properties. he can see the sweat glistening from their brows in the hot afternoon sun; he can smell the diesel fumes from the large camouflaged six-wheelers that rumble through the furrowed fields. "War games", his papere has informed him, warning him to stay out of the way. One of the soldiers spots him along the fence and approaches him. The man is huge and muscled but stares at the boy with the kindest blue eyes.
The C7A1 assault rifle he carries gleams from the fresh bluing upon the barrel and polished stock. he gets close enough to the boy to toss a khaki beret with the Canadian Armed Forces crest blazing from the cap, telling  the boy to keep it and dream of becoming a soldier. In fact, it inspires the lad to do that very thing and the hat, though tattered now, remains one of his treasured keepsakes.
Thirty years later the boy will be a toughened man with warrior skills hunting the wrong doer that killed his best friend's sister. This is Drake Alexander  and you will meet him in my novel, the Dark Side of a Promise. 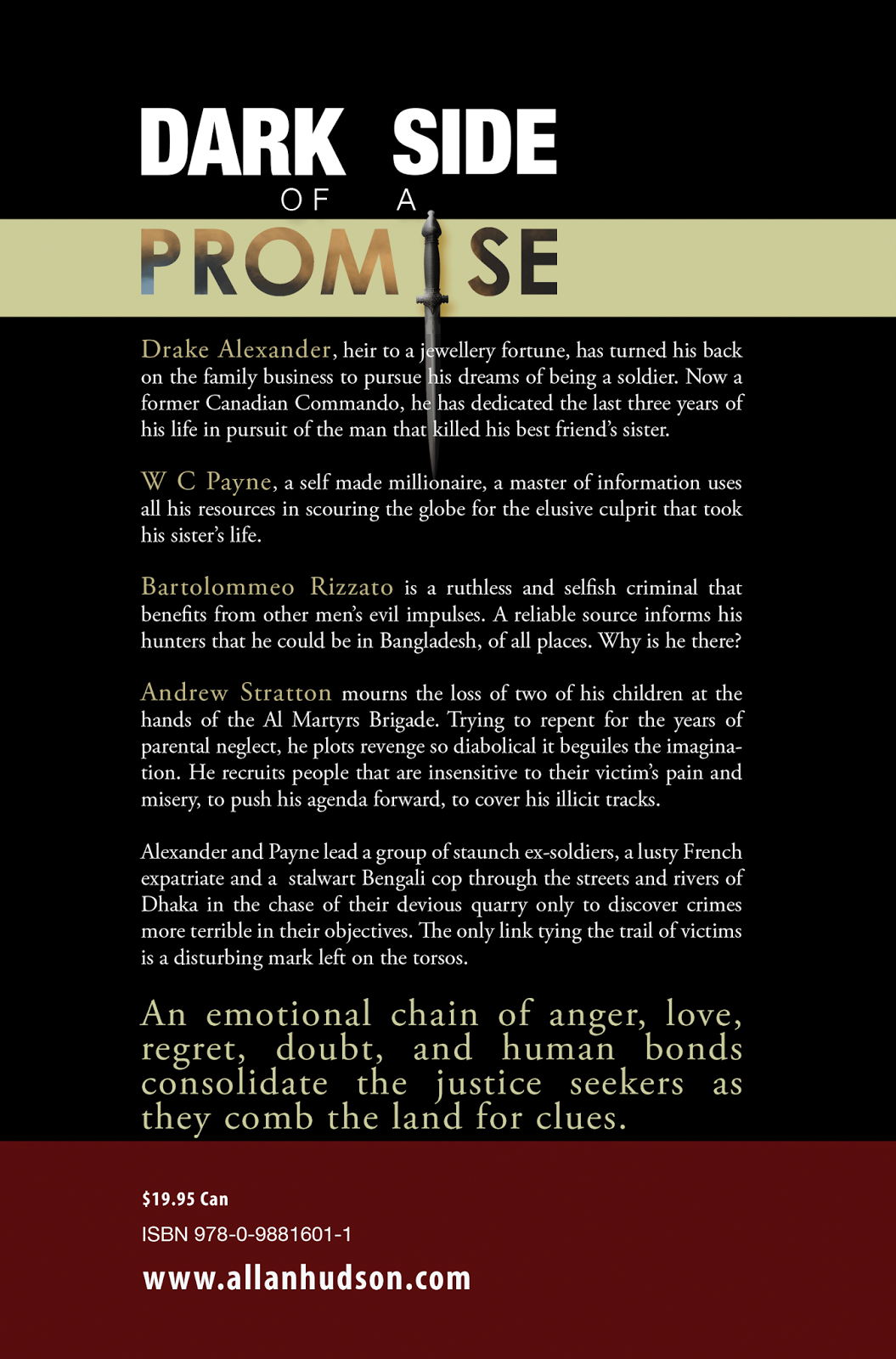 Watch Monday for guest author Jo Marshall with an excerpt from her novel Leaf and the Long Ice. 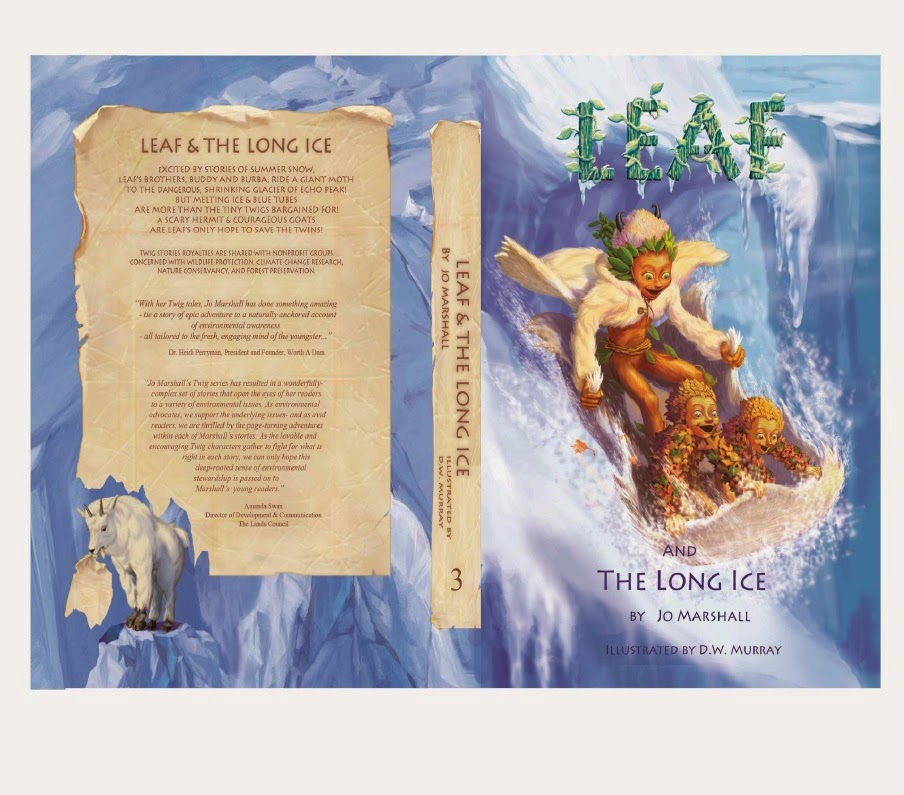