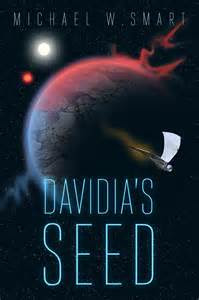 Following a calamitous space battle, a small damaged pod drifts amid the debris, a single individual aboard, clinging to the final moments of life. A ship, hidden behind a small orange and red hued moon while the battle raged, approaches the debris field, searching for items to salvage and discovers the pod.


The serendipitous encounter of two strangers in space spawns an extraordinary journey and a shared destiny neither could have imagined, which will decide the fate of two worlds on the brink of war.


A discerning and cautious General, aware of the devastation a war will wrought, seeks to avoid it. A ruling Governor, imprisoned by culture and tradition, is determined to pursue it. And a clandestine operative races against time in search of the key to prevent it. 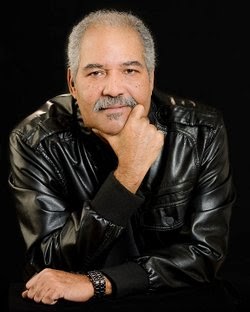 Michael has been a guest on the Scribbler previously. I invite you to click on this link M.Smart to read more about this talented author. The link to his website is below.


The enormous ship shuddered. It rolled onto its side like a charging beast felled by a hunter’s bullet. Ezekiel tumbled weightlessly within the pitch-black compartment. The dim artificial lighting winked out, replaced by bright explosive flashes and flickering firelight. Ezekiel slammed against a bulkhead, arresting his uncontrolled inertia in the confines of the small compartment.


The battle had been lost. Each brief flash of light illuminated the chaos around him. Energy relays and conduits exploded. Fires burned out of control. Beams buckled. The bulkheads and decks they supported crumbled. The acrid odor of burning equipment, machinery, and flesh, reached him through the ventilators. 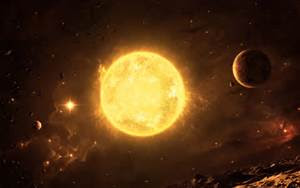 And the whiff of toxic fumes. If the poisonous gasses didn’t kill him first, the failing life support system would, merely prolonging the inevitable. Unless the compartment decompressed first. He’d sealed it upon entering, but how much longer before it imploded? The ship doomed, as explosive decompression consumed it section by section. It’d reach him soon.


The end of life closed in on Ezekiel, clouding his consciousness, clouding his mind as he sought direction, as he waited for instructions directing the actions required of him. Instructions, which never arrived.


Ezekiel pushed himself off the bulkhead, in the direction of the scout pod he’d been servicing. His actions directed by an overriding instinct, focused solely on reaching and entering the pod.


A sudden rush of flying debris drew Ezekiel’s attention as he floated through the scout’s open hatch. The fires in the compartment snuffed out as though smothered by a giant hand. A maw-like opening in the far bulkhead grew wide, exposing the compartment to empty space beyond. Not empty. Through the breach, Ezekiel observed a vast field of fast moving debris, the mangled remnants of a once mighty fleet.


The compartment’s atmosphere vented into space, sucking the air from his lungs. A light-headedness descended upon him. And a lightness in his body, apart from the absence of gravity.


Ezekiel secured the pod’s hatch as the doomed mother ship collapsed around the scout. He activated the scout’s systems, pressurizing the tiny, cramped interior. Life support and flight controls powered on. He’d been trained and conditioned to pilot the pod, scouting beyond the range of the mother ship’s sensors.


Before he’d been able to release the dock clamps, the final explosive demise of the mother ship jettisoned the small single person scout violently into space, one more piece of debris, hurtling amidst the fragments of the mother ship.


Inertia flung Ezekiel out of the pilot seat, pinning him against the ceiling. The sound of metal impacting metal resonated through the cockpit. Alarms flashed their dull illumination on the control panel. Ezekiel’s inner ear perceived a tumbling motion. 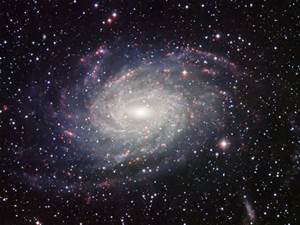 He reached out. Grasped the back of the pilot seat. He maneuvered his weightless body into the seat and secured the restraints around his torso and hips. Disjointed, unfamiliar thoughts rushed through his mind as he donned the control headcap. He activated the scout’s maneuvering jets and stabilized the pod’s tumbling motion. He scanned the panel, and the silent, pulsing, beckoning alarms. Borinian instruments emitted no sounds. And none of their vessels possessed transparent surfaces permitting visual sighting beyond the hull.


He observed the energy spikes on the instruments, depicting the explosive end of the mother ship. The only sounds in the scout the thud of debris impacting the hull. Ezekiel also observed the flying flotsam displayed on the instruments. The debris spread out in all directions, travelling at speeds to keep them in perpetual motion through space, until halted by some other force.


Another instrument indicated damage to the propulsion system. Only the maneuvering thrusters functioning. Life support also functioning, but the pod was leaking atmosphere, probably punctured by a piece of debris. The pod’s power cells were draining and unable to recharge. Soon there’d be insufficient power to sustain life support, sealing his fate, if the space borne debris didn’t destroy the pod first. His escape in the scout a temporary reprieve.


Such a fate held no meaning for Ezekiel. He’d been bred to serve, and die. His every thought, every action, directed and controlled by omnipresent minds superimposed on his own. His mind linked irrevocably to his masters.


Until now. The sudden silence in his mind overwhelmed him. As frightening as the gagged chunks of metal hurtling around him. And the thoughts rushing through his mind were not of the masters, but more like the visions possessing his mind during sleep. The masters absent. The headcap he wore silent. Now all departed, along with the mother ship.


For the first time in his life, Ezekiel experienced the sensation of being utterly alone. It disoriented and frightened him. Threatened to consume him as he sought to comprehend the strange unfamiliar impulses compelling him to act. Who had directed him into the scout? Provided the instructions to escape the doomed mother ship? What actions was he required to perform next? The headcap remained ominously silent.


Absent instructions, Ezekiel was lost. He waited for death in the silence surrounding him, accompanied by the strange new voice in his mind. 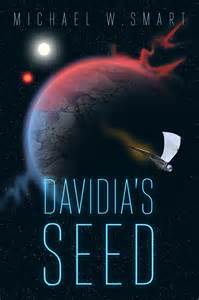 Thank you Michael for sharing your story with us. Please visit Michael's website to find the links where you can purchase his novels. 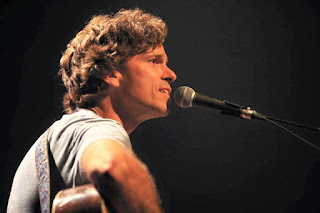