Someone asked me recently which of my short stories I enjoyed writing the most. It would have to be this one. 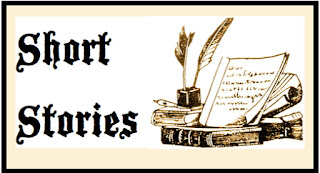 Reaching the Pinnacle was inspired by a real life situation when a young lady reached out to her grandfather and asked him something very special. It has been published in SHORTS Vol. 2 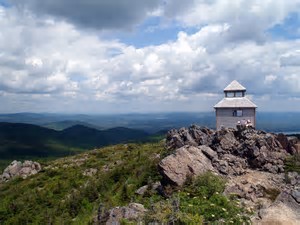 Jeb Davis is almost out of breath. The last half a kilometer of hiking up the mountain has been at a 25-degree angle. And it’s starting to get steeper. Mount Carleton in northern New Brunswick is not for cream puffs. He stops where the trail evens out for a meter or so near the exposed root of an enormous birch tree that has to be as old as his great grandparents if they were still alive. The bark on top of the root is rubbed away from countless soles. With one hand on the trunk, he stoops over to catch his breath. He adjusts his backpack with his other hand, hefting it a bit higher, and looks up the trail to check on his granddaughter. Thirty meters farther up, she is going full steam. He chuckles. It has always been so. Mindy Kane does everything at full throttle.


She doesn’t know he’s not behind her and she’s still talking. He can’t discern what she’s saying, but her voice comes back to him like vapor through the trees, a rhythm that’s part of the forest. A chorus of black-capped chickadees with their two note song provides a natural harmony. Breathing deeply he inhales the scent of damp, dying leaves that only autumn can bring. He watches her as she hikes under yet another huge birch tree with a canopy of mighty limbs. Yellow and lime-colored leaves cling to more than half the outstretched arms. The stream of early morning light passes through the half-naked limbs, dappling her lithesome body and bulky pack. She must’ve asked a question and realized something wasn’t right when silence ensued. She stops and looks back. Jeb can see the teasing twinkle in her eyes even from this far. She yells out, “Whatsa matter, old-timer? Can’t hack it anymore?”


He’s smiling when he scolds her.


“Watch your mouth young lady. Respect your elders. Listen, Mindy, you said breaks every thirty minutes. We’ve been chugging up this ruddy hill for almost…”


Standing upright, he checks his watch.


“…forty five minutes. Now get down here and give your Gramps a break.”


He looks around to see another root growing out from the other side of the tree. It forms a knuckle about a meter and a half across, perfect for two regular sized bums. The ground is littered with fallen leaves – creating yellow and orange flooring. The sun shatters when it hits the tree, creating an inviting tumult of rays and shadows. He has to climb a small embankment about hip high, made of hard-packed dirt and smaller roots. When he finally plops on the exposed wood he wiggles out of his pack. Mindy drops hers, pulls a chrome water bottle out of a side pocket and jogs back down the hill. Scooting up the lip in a skip and a jump, she rounds the tree and, spying the makeshift seat, she says, “Shuffle over there a bit, Grampy.”


Before he can reply she offers him the water.


“Ah thanks, Mindy, my mouth is as dry as the bark on one of these trees.”


Sitting, their sides touching, she leans into him as he takes a long swig.


Wiping dripping water from his chin with his forearm, he switches the bottle from his right to his left hand and gives his granddaughter a sideways hug.


“I’m so pleased you asked. It’s been a long time since just the two of us have been on an overnighter. What…maybe 7 or 8 years? You were at university.”


Jeb drops his arm to sit forward. He sets the water bottle on the ground, leaning against the root. Mindy huddles forward, placing her elbows on her knees. Her head is in a narrow ray of sun and she appears golden. 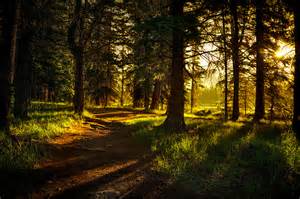 “Wow, I can’t believe it’s been that long. That was when we went to Gros Morne National Park in Newfoundland. That was an awesome trip.”


With her chin in her hand, she turns her head toward Jeb, her wide smile defines happiness. Jeb is sitting similarly, elbows on his knees. They’re about the same height so they’re eye to eye. Jeb melts under her stare; she’s looked at him that way since she was a baby. He knows her. Fine lines crinkle his temple when he scrunches his brow.


“Of course! But you have to wait until I’m ready to tell you.”


Jeb is ready to offer a guess when she cuts him off. “Don’t even try to guess or I won’t tell you at all.”


He stares at the ground, defeated.


Changing the subject as he offers her the water, he says, “So, what do you think? Another hour to the top, right around noon? We’ve been at this for almost three hours now and it usually takes an old duff like me about four or five, but you… you’re almost running uphill.”


They both laugh at his worn out joke. He can see she’s raring to go. He’s amazed at her stamina – always has been – but as a police officer, she has to remain fit. He deems himself in damn fine condition for his 71 years, but he’s no fool and knows he can’t keep up.


“You take off, Mindy. Do the home stretch like you enjoy. I’ll meet you at the campsite. After we’re set up and eat, we can do the last half a kilo to the top. I think the old forest ranger’s station is still there.”


She jumps up, brushes a couple of vagrant leaves from her behind.


“I haven’t minded before. I’m good. I might stop once in a while to admire the splendor and beauty of our natural surroundings.”


She nods at his formal delivery knowing she’s just been told that he’ll be taking his good old time. Ever since he’d seen The Lord of the Rings, he was always quoting Gandalf about how he “means to arrive when he should.” She, on the other hand, thrives on pushing herself. The solitude of the forested hillside absorbs her stress and she forgets about upholding the law. Truthfully, she doesn’t like putting the tent up with Jeb; he’s too slow. She can have it up in ten minutes on her own, whereas with him “helping” it usually takes a half hour.


“Yeah, you do that, Gramps. Watch out for killer squirrels!”


“Oh! And I have something to tell you, too! But…!” He wags his finger at her, reminding her she knows the rest.


He turns back to the leaf-covered vista before him, where he sees the downward slope of the terrain through the thinly scattered trees. The brush is kept trimmed four meters on each side of a narrow brook that flows three meters on the other side of the trail. The path follows the rill for another fifty meters before it twists northeast on its way to the pinnacle. He pushes his pack out of the way, rises and turns on his seat so he can watch her go uphill. She is already halfway to the large tree where she left her pack, at a serious strut.
The way she carries herself reminds Jeb of her father; she has the same physique. Of course, that vision is from when he was younger; they haven’t seen him for twenty-five years. The lovely oval face and cinnamon-colored eyes that can be so intense are from her mother, Heather – Jeb’s daughter. The determination and grit are her own. Watching her shoulder her pack and latch the loose nylon straps, he can only think how proud he is of her.


Jeb’s mind drifts as he stands to shoulder his own pack. Thoughts of Mindy’s father trouble him even with the passing of time. He wonders where he is. The family hasn’t heard from him for such a long time. Couldn’t stay off the bottle; probably drank himself to death. As Jeb climbs down the short bank to head up the trail, he can still remember the last time he saw him.


Norton Kane was a self-employed carpenter, living in a rooming house down in the east end of Moncton. He’d work for seven or eight days and go on a bender for two or three. A highly skilled craftsman when he was sober, he was always in demand. All he owned was an old Ford truck, his tools and enough clothes to fill a medium-sized suitcase. A year earlier Jeb’s daughter had had enough. Caring for two boys, aged six and five, and Mindy, only two, she threw him out for good. 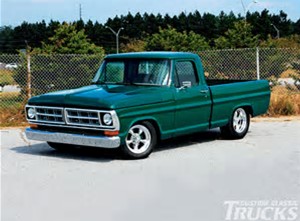 Norton had stopped at Jeb’s place early one morning, a Saturday that was grey with an overcast sky. The first day of spring didn’t bode well. Norton’s knock on the door woke Jeb up. Opening the back door to admit his son-in-law, he had to step back from the reek of cheap booze. His hair and clothing were disheveled, his manner pleading and his swollen eyes filled with despair. He needed $200.00. He was starting a new project on Monday, a set of stairs in a new house by the golf course, he’d pay Jeb back next week. Jeb knew he’d never see the money again, but he didn’t dislike Norton, who had started out an honorable young man. He gave him $100.00 and wished him an abrupt goodbye. Norton didn’t even say thanks.


Two days later, Heather got a call from an angry homeowner demanding to know where his carpenter was. The gentleman had arrived at his house late afternoon to find the work site as if work is still in progress. Norton’s truck was parked in the driveway, rear hatch and driver’s door open. Tools were set up in the garage, with the wide doors rolled up. Sawdust and building materials were lying about. The door to the house was open but Norton was nowhere to be found.

Thank you so much for visiting. Please return on March 14th for the rest of the story. Would love to hear from you. Please leave a comment below. 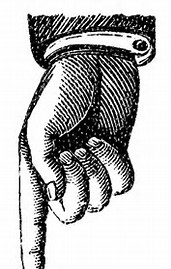 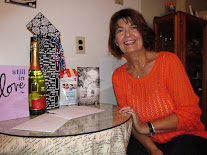 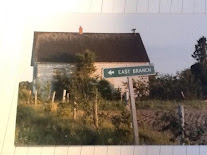 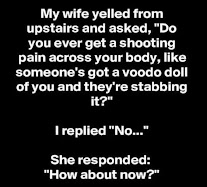 One of those moments!