Jack Eason has distinguished himself as an author of the highly successful novel – Race Against Time. He has agreed to participate in a 4Q Interview and we’re very lucky to have him visit.

Jack Eason lived in New Zealand for forty-two years until 2000 when he returned to his birthplace in England. As far as he is concerned he will always consider himself to be a Kiwi. After military service in the 1960's, he travelled the world, visiting exotic lands and making many friends. Now in his mid-sixties he is content to write and travel via the Internet. Besides writing novels and short stories, he contributes to his own blog “Have We Had Help?” Some of his short stories and numerous articles appear in the No: 1 online E-zine “Angie’s DIARY”. His literary interests include science fiction, history, both ancient and modern, and humorous tales like those written by his fellow writer Derek Haines, such as “HAL”. He lives in semi-retirement in his home town surrounded by his favourite books, ranging from historical fact to science fiction. His literary icons are J.R.R Tolkien, George Orwell, Arthur C Clarke and John Wyndham.

4Q:  I’ve added your novel to my To Be Read list and am anxious to dig into the story. Perhaps you can give us a brief outline of what to expect? 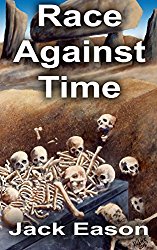 JE: Here’s the blurb: In 2012, many otherwise rational people had convinced themselves that because the Mayan calendar stopped at December 21st of that year, that we were about to enter the biblical end of days. But it didn’t happen. Why are we still alive? Read the archaeological adventure Race Against Time for one possible explanation.


My main character is a young English Doctor of Archaeology – Nick Palmer. He was shunned by mainstream academia for daring to suggest that time is slowing to a standstill. To find out if anything can be done, Nick is helped by several people and one Crypto-terrestrial – Ithis.


4Q: How is this novel related to your previous work – The Seventh Age?


JE: It is the new version of The Seventh Age

JE: Back in the late forties early fifties we had a mixture of Italian and German P.O.W’s and one White Russian Cossack on our farm. He loved us kids while terrifying all the grownups, both his fellow P.O.W’s, my father and the farmhands. When my father beat me with his belt for some minor infringement one time, I told him that if he ever beat me again I’d tell my big Russian friend. After that my father never beat me again…

4Q: What’s next for Jack Eason? What are you working on now?

JE: After writing my short history about the end of Saxon rule in England – Autumn 1066 a few months back, I’m now contemplating several ideas for book number twelve.


Thank you Mr. Eason for being our guest this week. I've enjoyed your stories.

Discover more about Jack and his writing here.
His website:
https://havewehadhelp.wordpress.com/2018/03/10/how-far-do-you-go/

A plane graveyard full of B52s left over from the Cold War.. 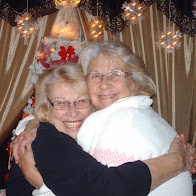