An excerpt from The Alexanders by allan hudson 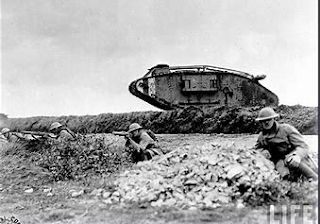 In 1917 World War 1 is raging in Europe. Death & destruction continues with no end in sight.

My work-in-progress (WIP) is about 3/4 finished. It's an historical fiction beginning in 1911 in Scotland. My main character emigrates to Canada, builds a new life and in 1917, is ready for war. I posted the beginning of the story in August, 2016. Find it here.

Before Dominic Alexander leaves for Europe, his fiancé, Maria, hosts a goodbye party for him and ma tante Emma introduces him to poutine rapee. 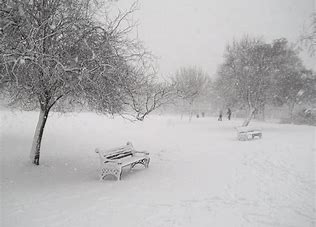 The twenty-fifth of February is bitterly cold, especially just as the sun sets, which is early today at 5:20. Any time spent out of doors is an invitation to more than frost bite, more like a frost banquet. Exposed skin will freeze in twenty minutes. It’s been that long since Dominic left his house. Walking into the city, he’s warm inside his new greatcoat. Ice crystals whiten a khaki scarf that covers his mouth. A beaver skin hat is pulled down to cover head, ears, nape of his neck and forehead. The greatcoat goes to his ankles. Pure Canadian wool that keeps you warm even if it gets wet. Inside the heavy coat, Private Dominic Alexander is wearing the olive drab uniform of the Canadian Expeditionary Force, wool jacket, shirt and tie and heavy wool pants with leggings wrapped about his calf to his knees, tucked into black sturdy boots large enough for two pairs of socks. He’s not bothered by the cold.

Two days from now, on Tuesday, he’s to report for duty at 6:00 a.m. in Halifax where he will embark for England on the HMS Andania. Dominic will depart for the war from the same wharf he arrived at a little over two years ago. Tonight he is attending a going away party for him and today is also his birthday. When he turns up Cameron Street, Maria’s aunt’s house is on the next corner on Gordon Street, less than a minute away. He’s familiar enough with the large house where Maria and her family tend to have their gatherings because the place is so big. Ma tante Emma, as she is called, is a widower whose late husband was a doctor. An addition contained his offices at one time but now they are all divided rooms to let, providing a continuous income. She keeps the main house as it was, terribly big, bought with the expectation of many running feet when they were younger, but alas, that wasn’t to be. A large open living room and adjoining parlour can hold twenty people in comfort. The kitchen has a cozy nook and small table in one corner and room for three or four cooks. With a dining room containing heavy furniture that can seat ten, there’s plenty of space.  No one enjoys a get together more than ma tante Emma and her home is the perfect spot.


People are coming over later but Emma invited him to come earlier and have supper with her and Maria, who has been there helping. She made an old family recipe especially for Dominic, an Acadian treat she told him. What she called it sounded like Poo-tin Raw-pay. Maria assured him they are delicious and a lot of work to make.


By the time he knocks on the front door, he’s starting to shiver a little. A faint command to “come in” seeps through the keyhole and he enters the foyer. Maria greets him in the hallway, standing back slightly, not recognizing the shrouded figure at first. Only when he removes the scarf away from his mouth does she know who it is.


“Hello my beloved. Come in quick, don’t let too much of that cold in here.”


Regarding the coat of frost on the scarf where it covered his mouth, her eyes widen in disbelief.


“My goodness Dominic, did you walk from your house?”


While removing the hat, he’s nodding.


“Aye I did. I didn’t realize it was this cold but I’m warm enough.”


She pays more attention to his clothing as he removes his greatcoat.


“Oh how wonderful Dominic, you wore your new uniform. Here, give me that coat and let me see.”

She calls out to her aunt who is setting the table in the kitchen nook where she, Maria and Dominic will have their supper.


Passing his coat and hat to Maria, Dominic removes his boots to leave them at the door and steps forward to meet Emma. She doesn’t walk so much as she waddles. She’s a big woman, not too tall, with open arms and a large bosom that begs to be hugged. Rosy cheeks always look like they’re blushing and a perpetual smile adorns her face. Short greyish curls top her round head. An aroma of boiled potatoes follows her.


“What a handsome lad you are Dominic. A shame that you have to go off to war.  We’ll have to telegram ahead to warn all those young British girls, won’t we Maria?”


She says that with a wink and engulfs Dominic in her arms. Stooping a bit to enjoy the warmth of her embrace, he takes in the lovely scent of jasmine she always wears.


“Now come Dominic, we have some delicious poutines for you. I’ve made a batch for our company to enjoy later on. If it’s one thing you will learn from us Acadians is that we love a good meal.”


Placing Dominic’s coat, scarf and hat on a hanger, Maria stows them in the closet by the front door and gives her boyfriend a quick hug, a peck on the check and waves for him to follow. The hallway has a set of stairs on the right and extends toward the back on the left. Colorful ribbons are strung around the walls and a hand printed sign hangs over the stairway proclaiming Bon Voyage, Happy Birthday and Best Wishes. The dining room is on the immediate right and the kitchen is on the same side. A table in the corner of the kitchen is set for three and Emma invites Dominic to take the head of the table near the window and has Maria take the side seat facing the kitchen and her place setting is on the opposite end of Dominic’s. She spoons out each a poutine on three plates and brings one to set in front of Maria and the other in front of Dominic. He stares at it and loses his appetite. 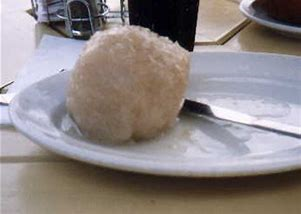 For those who’ve never eaten poutine rapee, the first time you see one can be a perplexing proposition. Dominic doesn’t know what to say. The object on his plate is the size of a grapefruit, a misshapen, steaming globule that makes him think of snowballs. Emma sets her plate down and turns to get them some tea. Maria is slicing hers in half when she notices the look on Dominic’s face and starts to giggle. She’s seen the same look before when someone is introduced to this delicacy.


“They’re much tastier than they look Dominic. Just cut it in bite size chunks and add some sugar or molasses on it. There’s delicious meat in the middle and you can choose between white sugar or brown sugar. I like brown sugar on mine. Some folks just eat them with salt and pepper.”


Not wanting to seem ungrateful, he does as she suggests. Picking up his knife, he slices the poutine down the middle. The two halves divide to expose a center of tender chunks of pork that have been salted and spiced.


After placing cups the cups of tea down, Emma joins them.


“I prefer molasses on mine Dominic. You can try a little bite of each and see which you like best.”


Slicing small tentative pieces, he sprinkles a bit of brown sugar on one, white sugar on another, a drip of molasses on the third and only salt and pepper on the fourth. Not sure about sugar on potatoes, he tries the unsweetened one first. Biting into it, he closes his eyes and his teeth sink into the firm but creamy potato mixture with tender pieces of pork that almost melt in his mouth.


“Mmmm, it is good! Certainly much better than I expected.”


Maria agrees as she chews on her own piece.

Dominic tries the sweetened pieces and a smile states how much he agrees with the flavors but decides he likes the natural taste of the poutine best with salt and pepper. Poutine is a heavy meal and he shares a second one with Emma, Maria is full with just one. For their dessert one of her neighbors has dropped off a raisin pie for the celebration and it is another food that Dominic has not had before and he falls in love with the flaky crust and the sweetness of the dried fruit. The plates are cleared off and washed up before the trio sit at the table with their last cup of tea. People will not begin arriving before seven o’clock. With everything ready for their guests they broach a variety of subjects.


Dominic wonders how you make poutine. Emma fills him in.


“Well we started with about 90 potatoes because we wanted to have 60 poutine or so. After we peel them, half of them are boiled and mashed. The other half is grated, the liquid squeezed out with a cheese cloth which we call epurer. Salt and milk are added and the two potato mixtures are blended together, we call that part meler. Then you need to be quick because if the potato mixture is left out too long, they turn grey, still as tasty but not so pretty. So you form them into balls, rouler, put them in a pot of boiling water for two hours and voila, you have poutine rapee.”


“Wow! That does seem like a lot of work”


Emma is Maria’s favorite aunt and she loves the rapport and goodwill between her aunt and her boyfriend and listens to their banter. Emma shows concern with knitted brows when she asks Dominic about going to war. 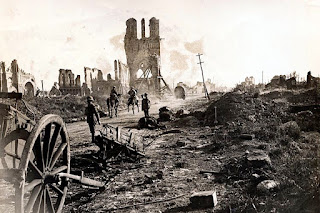 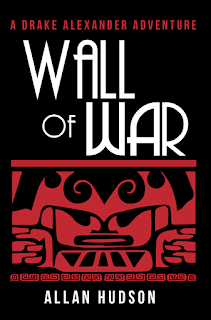