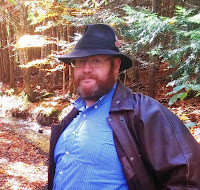 Peter is a multi-talented individual that I met recently at the Author’s Fair in Moncton. I’m looking forward to reading his collection of short stories titled Mind Full of Prose. He has kindly accepted an invitation to be our guest this week and participate in a 4Q Interview with an excerpt of his work.

Peter Gillet lives by a lake in New Brunswick, Canada, with his wife and their two cats.  When not pondering darker worlds, Peter enjoys spending time with friends, and reading the works of many excellent authors.  He likes to study history and languages.  He published his first collection of short works, 'Mind Full of Prose', in October 2017 and is working to have his first novel published traditionally.  Peter also publishes his works through Patreon.  Peter sings, plays musical instruments, and makes music videos.  Occasionally you can find him dressed as a person from another time and place.


4Q: Please tell us about your book, Mind Full of Prose.

PG: Mind Full of Prose is my first self-published collection of short works.  When I would get stuck while working on my first novel, I would switch out and work on something else.  These other works included short stories, cartoons, and album reviews.  There is also an essay.  I had published these originally on Patreon, and in the summer of 2017 I asked if there would be interest in putting them all together into a book.  The response was quite positive, so I started gathering and arranging my works into a collection.  There is science fiction, fantasy, and horror of a Lovecraftian genre.  A series of stories is based in New Brunswick.  I call this my ‘Hidden Hill’ collection.  The response to the book has been wonderful, with signed copies sent to four continents as part of the fund raising campaign.  Since then, copies have also sold in Asia.  I’m considering releasing it in e-book format.

4Q: You have many talents Peter, author, singer, drawer and game designer. Tell us how you divide your time with all these.


PG: The majority of my creative time is spent writing, especially these days.  Besides short stories and flash fiction, I’m working on my second novel and developing a children’s book.  I have contracted an illustrator, and she is really bringing the scenes alive with watercolour.  I’m hoping to have that ready to submit to local publishers.  I sing most often at social gatherings, but also when I attend middle ages events.  Sometimes at those events I accompany myself on a 12 string lyre.  I have to admit I need a lot more practice with that.  The drawing I do is usually to convey a particular message which I think would benefit from the visual element as well as words.  Those usually force themselves out of me, rather than peacefully waiting for when I need a break from the novel.
For game design, I have two projects which I have worked on recently.  The first is a table-top game in which families struggle against one another for status and position in a renaissance kingdom.  There is very little direct conflict, and instead families out-do each other in shows of piety, loyalty, and patronage of the arts.  Players can also cooperate, especially when one player’s fortunes exceed the others’.  The other game I designed is really a campaign setting using d20 open rules in a science fiction environment.  The up-front costs for publishing games has kept me from developing these further, but I have used the ideas in some of my writing.  This is especially true for my Etherverse story setting.

PG: One of the memories from my childhood which is most striking is having climbed up on a tombstone, and then it fell over on top of me.  I was very young, perhaps not even four yet.  I had just assumed that it was one of the tall, thin 18th century ones.  Recently, when I asked my father where the cemetery was where that happened, he corrected me.  He told me it was a big modern headstone.  The cement holding it to its base had weakened, and it took my dad and two other men to lift it off of me.  He said the only reason I wasn’t seriously hurt was because that grave was shaded by evergreens and a thick bed of moss had grown over it.  The stone pushed me into the moss, like one of those eggs in the mattress tests.  I still have the scar under my chin, where the edge of the stone had cut me.  I was literally marked by death.

4Q: What’s in the future for Peter Gillet in all the disciplines you practice?

PG: I’ve been bitten by the writing bug, so I most definitely will continue as an author.  I am going to clean up my first novel and write query letters to have it published traditionally.  Hopefully that will continue with the follow-up novels in that series.  I will also continue to publish via Patreon, since my patrons have been very dear to me.  Besides their financial support, their moral support has been incalculable.  I will certainly keep self-publishing collections of short works.  The main character in my children’s book has some more adventures to come.  Some of my patrons have suggested that I flesh some of the short stories into novellas, and I’m seriously considering that.  As for the singing, I think that will remain an amateur endeavour. 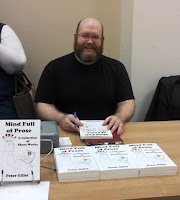 
That evening, Gruntel was helping Lofmetz prepare for bed.  He opened the hypocaust and fetched an extra blanket from the closet.  The dwarf-maid looked down at the interlocking geometric patterns of the floor tiles, and grew very still.  Gruntel paused, and asked, “What bothers you, Mistress?”

The dwarf-maid moved her hands in a practiced series of gestures and began to trace the air with glowing golden lines.  They faded soon after she had drawn them, but not before she had produced the figure of an eagle.  Its golden wings were last to disappear.  Gruntel hummed his approval.  “Why must I marry?” she asked, finally.


“It is what a dwarf-maid does, Mistress.  She brings honour to her father’s clan, and sons to that of her husband,” he replied.  “This is the craft no dwarf-lord can master,” he added.


She looked up at the old servant.  He had always been so kind to her in the past.  “It is not fair, Gruntel.  I have been given no choice in the matter,” she added.

“Dearest Lofmetz,” he replied, in a softer tone.  “Some of us had all choices taken away,” he offered, rubbing his bare chin.  “Perhaps your mistake is in thinking choice is a thing held by the hands of another.”


Thank you for being our guest Peter. All the best in your future endeavors. 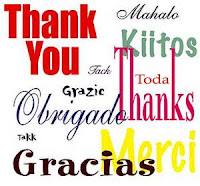 For those wishing to know about Peter, please follow these links.