Patrick is a published author who has generously agreed to be our guest this week with a 4Q Interview and is sharing an excerpt from What the Little Dog Witnessed: The True Crime of Ed Hubbard & Willie Roberts from Pulpular Media. 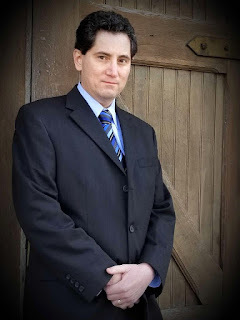 Patrick Bowmaster is an experienced freelance historian and writer who has written for both scholarly and popular audiences and published widely. His writing has been cited in at least thirty historical works including four books published by university presses, two Ph.D. dissertations, two scholarly bibliographies and one foreign language title. Patrick's unpublished research and graduate student writing can be found in the collections of several leading research universities and other prominent repositories. He has been mentioned in the acknowledgments of nine historical works. Patrick is a career archivist and records manager who holds both an M.L.I.S. and an M.A. in History. He is a native of New York who now lives with his wife, child and a cat in Massachusetts.

4Q: You’re quoted as a “crime writer”. What do you think draws us as readers and authors to writer and/or read about crime? 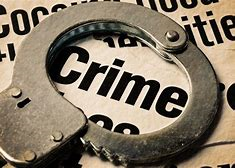 PB: We all agree that in order to have a civilization we need a certain amount of laws. Most of us feel that obeying these laws is our duty as good citizens since we elected the people who made them. I believe that those who view things differently and act outside of the law are interesting to the rest of us. I also feel that studying crime makes us better equipped to avoid becoming the victim of crime.


4Q: Please tell us about your writing, what inspires you?

PB: I discovered a long time ago that if you publish on something about which little or nothing is known, you become the authority on the subject. I’m inspired to write on topics that allow me to break new ground. My aim has always been to write on complex subjects in such a way that the average reader of nonfiction will find it both understandable and enjoyable.

PB: When I was almost four, I went with my family on a vacation to the Walt Disney World Resort, in Orlando, Florida. We stayed at the Fort Wilderness Campground. I loved playing in a series of log forts on a playground at the campground. I have a very clear memory of it. Something that I do not recall about the same trip is that I somehow ended up getting on a tram without my family. I had to make the loop and come back to where I got on. I gave them such a scare that they never forgot it.

4Q: What’s next for Patrick Bowmaster, the author.


PB: I am currently seeking a publisher for a book I am writing on my uncle. His name was Harry J. Schmitt. He was the type of person who seemed to be good at everything and wanted to be the best at everything he did. As a very young boy he won yo-yo championships. He was an expert musician and had a good singing voice. He tested so high on an IQ test that he was able to combine three years of junior high school into two and begin college when he was only 16. In addition to being a star student he was also a star athlete. He played varsity baseball in high school and college and was offered tryouts by two major league baseball teams. He graduated as the top Air Force ROTC cadet at Queens College in 1956. He wanted to be a jet pilot but an inner year issue disqualified him. 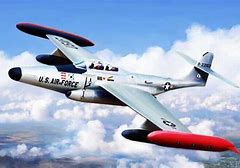 He trained as a navigator and played semiprofessional baseball while doing so. The year before he died he decided to go to Harvard Law school. His ultimate dream was to go into politics. He lost his life after ejecting from a Northrop F-89 Scorpion fighter-interceptor jet. My family has an incredible collection of documents, artifacts and photographs related to my uncle. His story will be illustrated richly.

An Excerpt from What the Little Dog Witnessed: The True Crime of Ed Hubbard & Willie Roberts. 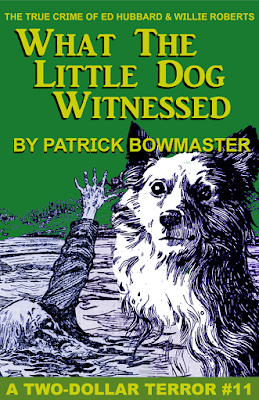 This is how Pulpular Publishing describes Patrick’s book;

"A conniving couple finds a deadly way to rid a farmer of his wealth, but the little dog Jim isn’t going to let them get away with murdering his master. Career convict and con artist Ed Hubbard and his accomplice Willie Roberts, a young and attractive prostitute, set out to play a long game against the farmer Pleas Burns, who owned a spread on the Spring River in Arkansas. But Willie grows tired of waiting and pressures Hubbard to “fix the old man.” Even with a backstory of multiple marriages, extramarital affairs, an incompetent judge, an extremely messy divorce, a death sentence, two jail breaks, incest, a connection to one of the most infamous criminal gangs of the 1930s, three murders, a terrible miscarriage of justice, and two sensational murder trials, the most fascinating part of the story is an amazing and heroic canine."


Not long after dawn on June 30, 1905, an elderly, wealthy farmer
named William Pleasant “Pleas” Burns and his houseguest of the
previous several days, Edward “Ed” Hubbard, walked a short
distance to Burns’s Ferry on the Spring River, about two miles north of the town
of Black Rock, in Lawrence County, Arkansas.

Burns unlocked the skiff that served as his ferryboat and he and Hubbard
began boarding. A loud bark resounded from under the stairs to the backdoor of
the farmhouse. It was Jim, a little, scraggly black-and-white mutt, the farmer’s loyal
companion. He had just awoken, bounded down to the water and attempted to
join the men on the boat.

“Don’t let’s take the dog,” said Hubbard, giving poor Jim a kick. “He might
follow me after we get across and get lost.”

It was Jim’s usual practice to accompany his master when passengers were
ferried across the river. He had done so on countless occasions. But the kick
deterred him, and as the skiff left the riverbank, he remained behind. Jim’s
whimpering betrayed the fact that he was not at all happy about this. Twice, the
scrappy little canine dove into the river and swam toward the boat. Both times
Hubbard drove him off.

As the ferryboat neared the midpoint of the Spring River, Burns was on his
feet when Hubbard moved toward him from behind. With a shove he attempted
to force the farmer into the water. Burns fell forward, a portion of his body in
the water and the remainder in the skiff. His life in jeopardy, he tried to right
himself. But the twenty-one-year-old Hubbard was nearly fifty years younger than
the feeble, elderly man and had little difficulty grabbing Burns by both feet and
flipping him over the side into the river.


For my book’s trailer see: https://www.youtube.com/watch?v=rCaH7SHnrF0&t=5s


For your readers wanting to know more about Patrick and his writing, please follow these links.

My blog about my book: https://patrickbowmaster.wordpress.com/blog/

Thank you Patrick for being our guest this week. Best of luck in your future stories & Happy Writing. 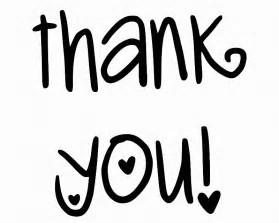 Hello wonderful readers. Thanks for visiting the Scribbler. Please leave a comment below. Don't be shy!