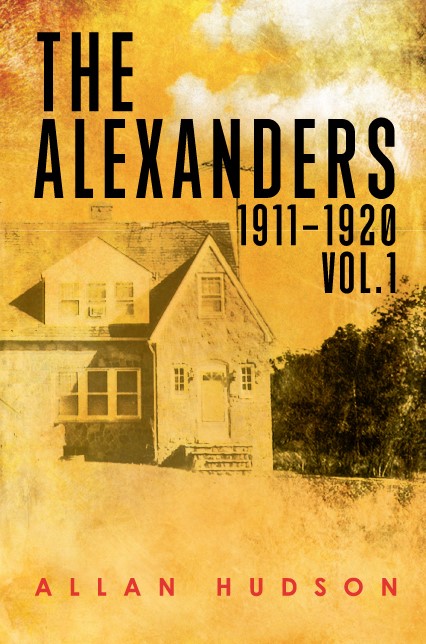 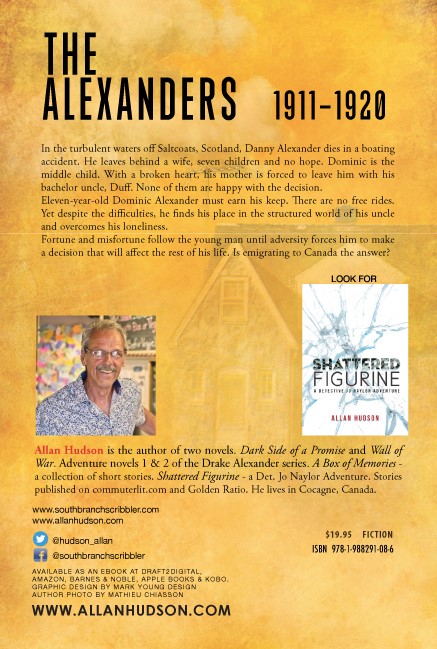 In the turbulent waters off Saltcoats, Scotland, Danny Alexander dies in a boating accident. He leaves behind a wife, seven children and no hope. Dominic is the middle child. With a broken heart, his mother is forced to leave him with his bachelor uncle, Duff. None of them are happy with the decision.

Eleven-year-old Dominic Alexander must earn his keep. There are no free rides. Yet despite the difficulties, he finds his place in the structured world of his uncle and overcomes his loneliness.

Fortune and misfortune follow the young man until adversity forces him to make a decision that will affect the rest of his life. Is emigrating to Canada the answer? 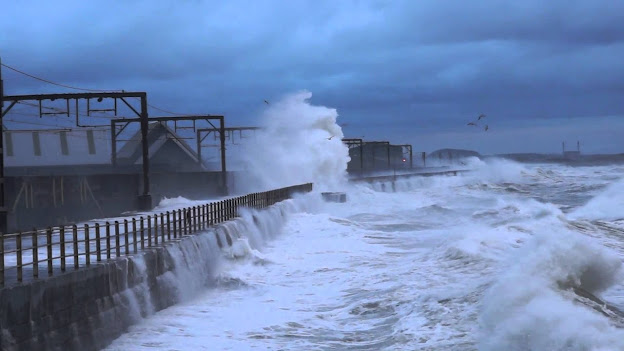 Lucretia Alexander is about to abandon her middle child, Dominic. Poised on the wide front stoop of her brother-in-law's house, she is draped in sorrow. Her father waits in the cairt, which he has pulled to the side of the street. Her hand is raised to rap on the faded wooden door, but she hesitates. Looking at her eleven-year-old son by her side, almost as tall as her, she sees the uncertainty in his eyes. Like her heart, her will is almost broken. She yearns to hold him, to cling to him, to carry him away from the sadness they both feel. Biting her lower lip, her need for him to survive strengthens her resolve. She knocks firmly upon the door.

The sun is setting over the roofs along the street; detail is lost to silhouettes. A cool breeze whispers around the corners, it carries the scent of iron and oil from the shipyards Govan is famous for. The two horses pulling the cairt that brought them here, prance, unfamiliar with city sounds and the odd automobile. The River Clyde is deep and hosts an abundance of shipyards. It separates the municipality from its bigger brother, Glasgow. Ibrox is to the east and the borough of Renfrew is to the west.

Around back, Robert Alexander, Duff to his buddies, is leaning one-handed against his house, staring bleary eyed at the vomit on his new shoes, Florsheims he had paid 2 pounds sterling for yesterday. He had to work a whole day for them. The pansies at his feet are covered with the frothy remains of a once damn-tasty haggis. It failed the taste test miserably coming back up.

He wobbles but stiffens when he hears a rapping at the front door. Straightening up, he guesses its Jacky Boy and Tubs, come to see if he has anything to drink. Pulling a wrinkled, stained hanky from the left front pocket of his trousers, he swipes the spittle from his bearded chin, flips the fabric over and honks his nose. He bellows with a raspy, slurry voice.

"Hold yer peckers, you dumb lads. I'll be along in a shake."

Lucretia stops rapping, a frown scrunching up her narrow face. Placing a hand on her hip, she turns to Dominic.

"The bugger is drunk."

Dominic is snickering. He only heard "pecker." His brother Tommy had told him what a pecker was last summer. Tommy didn't know why they called it that, but Dominic was certain his big brother wouldn't tell him a fib. Lucretia pokes her son on the shoulder with her free arm.

Tugging on the fabric of his coarse shirt, she motions for him to follow her.

"Come along, I think we should forget this and…"

Her directive is interrupted by Duff staggering along the dirt driveway, coming from behind the house. He's trying to tuck his loose shirt in but can't get the edge around his ridiculously red suspenders. He stops two tentative steps towards the front walk of fieldstone sunken in the neatly clipped lawn. Forgetting the shirt, he closes one eye to focus on the two bodies on his stoop. They're about twenty-five feet away. Expecting a rotund Tubs and taller Jacky Boy, he is surprised when the image clears. The porch is in shadow, with the sun setting behind the houses across the street. He only sees the outlines. Both are thin; one is wearing a dress. The other is a step or two behind the dress. The dress has one hand on a hip. Why does he feel like he's going to be scolded?

"Robert Alexander! You should be ashamed of yourself. I know you're a man of an odd drink, but as long as I've been related to ya, I've never seen you this drunk. Look at ya, ya can hardly stand up."

Duff perks up, the lilt of his favorite sister-in–law is warmly recognized. He opens his eye and spreads his burly arms open.

"Lucretia, my dear, did you finally leave that no good brother of mine. Duff is here to rescue you…"

Motioning for Dominic to remain, Lucretia walks down the two steps to the walkway watching Duff shuffle along the flat stones. When he is halfway, he stumbles on the edge of a larger stone that frost has lifted and that has yet to be fixed. The unbalance causes his arms to flail about like a whirligig. His forward drunken momentum, powered by enthusiasm, propels him, head down, directly at Lucretia's feet. His temple and right ear are the first to connect with the stone in front of her. He loses consciousness upon impact. The thud of his bulky body causes the horses to stir. Lucretia's father, old man Watson tugs on their reins and whistles a rhythmic tune he had made up for them. The familiar trill calms the pair. Lucretia steps back one pace in shock, both hands on her face, and exclaims with a high, alarmed voice. 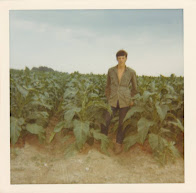