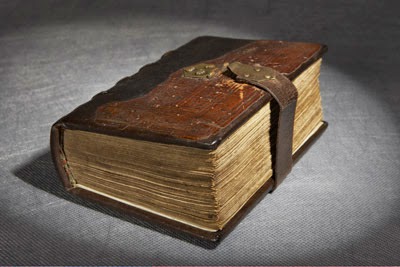 I like big thick books. There are so many great authors. It is difficult to pick just five from the hundreds of enjoyable books I’ve read over my lifetime but these five are the ones I’ve read several times. I own more than one copy of some to be sure I’ll never be without. I’m sure you’re familiar with that situation when you start reading something and you CANNOT stop. It’s what you think of during the day; when can you get back to the book? The lawn doesn’t get mowed, the dishes stay in the dishwasher, the bed is unmade… you know what I mean? Sometimes you don’t want it to finish because you’re enjoying it so much. That’s what these five are like to me.


Because a certain book is not on this list doesn’t mean that most of the books I’ve read are not good, it’s just that they didn’t affect me the way these have. This is only my opinion of course, but if you like reading, try picking up at least one from the list. I’d be interested in what you think.

1. This one will always be first on my list - Shibumi by Trevanian. 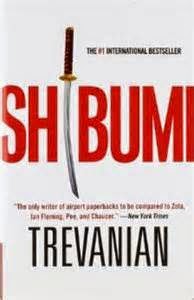 Shibumi is a Japanese word which refers to a particular aesthetic of simple, subtle, and unobtrusive beauty.


Nicolai Hell was born in the turbulent China of the First World War, of an aristocratic mother and a mysterious German father, and educated in the spiritual gardens of a Japanese Go master. Surviving the destruction of Hiroshima he appears as the world's most consummate and artistic lover - though better paid as an assassin. He is trained in the martial art of Naked/Kill. Genius, mystic, master of cultures and languages, Hel's secret is his determination to reach that rare personal purity and state of perfection known as Shibumi. Living in an isolated mountain stronghold with a beautiful Asian companion, he meets his most sinister enemy, a vast monolithic spy organisation. The battle lines are drawn: merciless power and corruption on one side, and on the other...


Nicholas spends his free time spelunking with his best friend and the risks they take will send shivers up your back.

Trevanian is the pen name for Rodney William Whittaker. He wrote many major novels of which five became million sellers. The Eiger Sanction was made into a movie starring a young Clint Eastwood. He wrote under multiple pseudonyms. There is a philosophical side to his writing but I am not one to read between the lines on any novel. I’ve read all his books and have never been disappointed.

Matthew Flinders (1774-1814) was the first person to circumnavigate Australia.


This is a tale of the relationship between a once promising barrister, Billy O’Shannessy, who is a homeless alcoholic and a young boy with a troubled past. Billy spends his nights on the park benches under the statue of Trim, the cat that sailed with Flinders. Ryan is ten and probably destined for trouble. After a chance meeting they begin to seek each other out. Over time they develop a bond from Billy’s tales of Matthew Flinders, as seen through the cat’s eyes.


Like all Courtenay’s novels, there’s a lot more events and side trips that makes this an exceptionally entertaining book. It’s witty, it’s heartwarming. There are passages that you’ll want to read over and over.  He explains the Sydney underground, the difficulties of the homeless and the possibility of rehabilitation in his own captivating and unique way.  A satisfying read.


Mr Courtenay published 20 best sellers in 23 years. He began writing in his mid fifties. He passed away in November 2012.

3. An all-nighter. The Sea Captain’s Wife by Beth Powning. 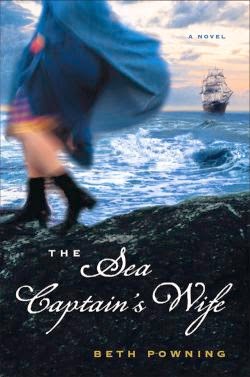 This novel tells us of a young woman left at home as her husband sails off, captain of his own ship, only to return two, perhaps three years from then. She longs to be with him. Due to unfortunate circumstances, and much to her satisfaction, Azuba Galloway leaves with her husband on his next voyage. The oceans they sail on are vast, sometimes cruel, often quite beautiful. Azuba lives in a world of men, the uncertainty of the seas. She often wonders if she made the right choice. They sail from foreign ports, encounter hardships and joys, returning home to Whalen’s’ Cove several year later.

Beth Powning puts you right on the ship, she shows you everything. It has all the right emotions; you want to know her characters, share their dreams. Her novel is well researched, delightfully told by an author that seems to do everything right. This is a book that you will want to read more than once.


Beth lives in Sussex NB. Her web site is www.powning.com/beth


4. The Egyptian Series will make you want more. River God by Wilbur Smith 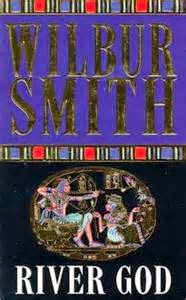 City of Thebes. The Festival of Osiris. Loyal subjects of the Pharaoh gather to pay homage to their leader, but Taita – a wise and formidably gifted eunuch slave – sees him only as a symbol of a kingdom's fading glory. Beside Taita stand his protégés: Lostris, daughter of Lord Intef, beautiful beyond her fourteen years; and Tanus, proud young army officer, whose father was betrayed by Lord Intef, Chief Vizier of Egypt whose power is second in wealth only to the Pharaoh.

Tanus and Lostris are deeply in love, but unbeknown to them, their union is an impossibility. Taita is the slave of Lord Intef. It was Intef who had Taita gelded as a young boy after he found that he had slept with a young slave girl. Together Taita, Lostris and Tanus share a dream – to restore the majesty of the Pharaoh of Pharaohs on the glittering banks of the Nile.


Through the voice of the incomparable Taita, Wilbur Smith draws the reader irresistibly into the daily lives of his characters: their hopes, their fears, their passions. Mr. Smith is the author of 35 best sellers with each of his novels selling an average of 3 million copies. 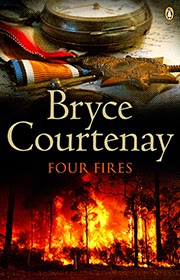 The Maloneys are at the very bottom of the pecking order. Tommy the father, is broken by the war and never talks about it. It is up to the strong mother Nancy to properly raise their five children. They collect the town garbage in an old war surplus truck. Circumstances change and Nancy is determined to provide a better life for her children, Sarah, Bozo, Mole, Michael and Colleen will change the fortune of the family.  Sarah wants to be a doctor, Bozo a boxer, Mole has the skills of his father for fighting bush fires, and Michael has a passion for clothing design. Like Courtenay’s novels, this is a story of the triumph of the human spirit.

The four fires in this novel are passion, religion, warfare and fire itself.

This is a big novel and the cast of characters are unforgettable. You’ll laugh out loud, shed a few tears and you won’t want to put this novel down.

I highly recommend these exceptional authors as well.


And of course, Dark Side of a Promise 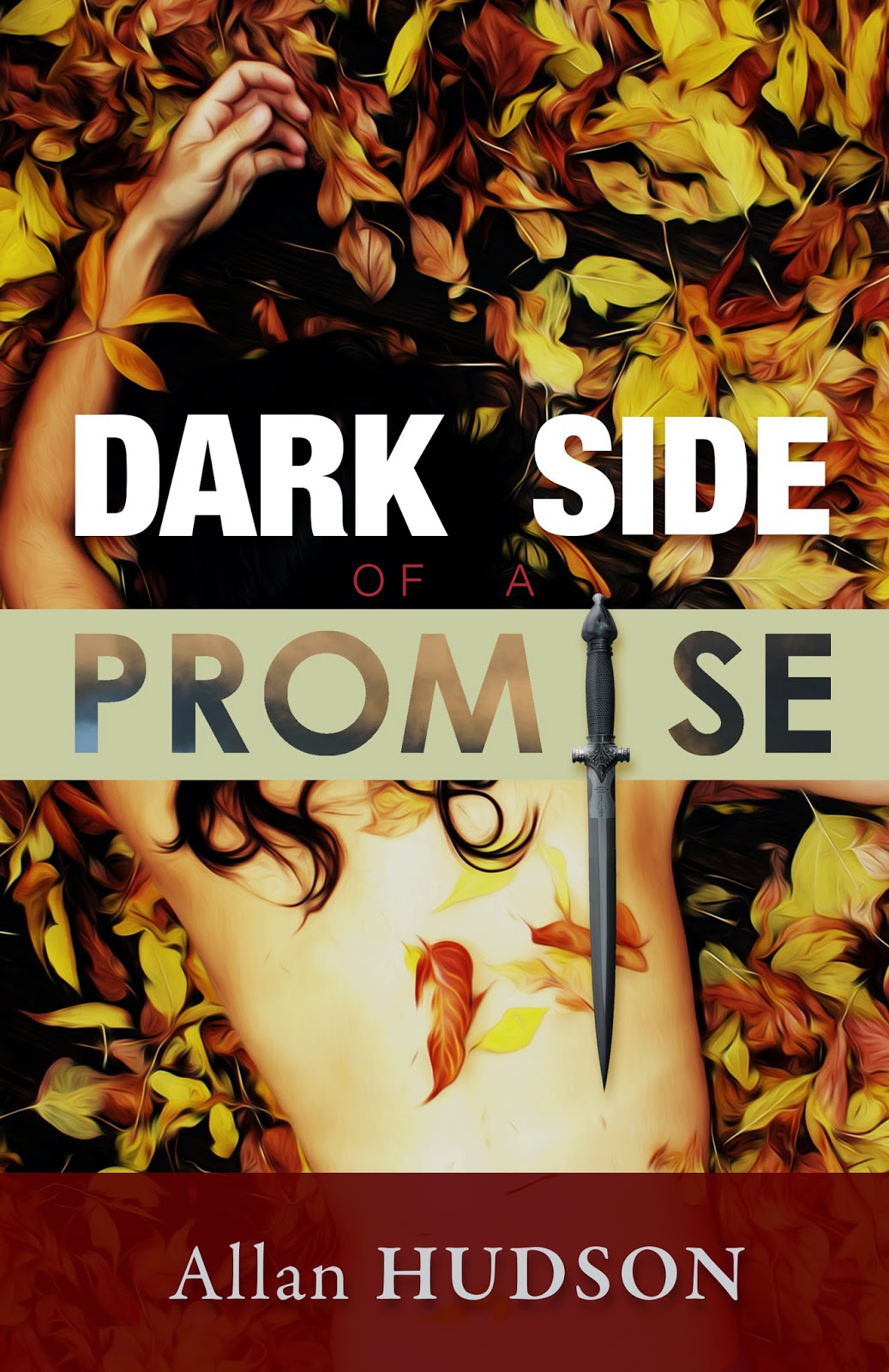 Thanks for visiting. If you have a favorite book, let me know in the comments box below.
Next week, read Chapter 1 from my soon to be finished novel - The Wall of War 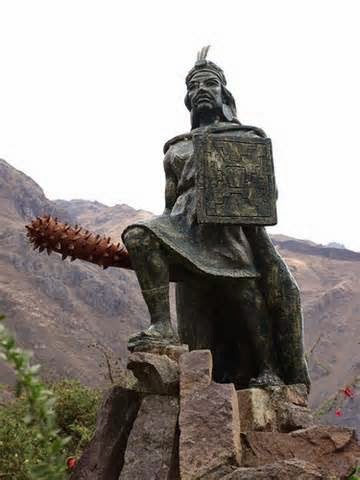 Posted by Allan Hudson at 09:07
Email ThisBlogThis!Share to TwitterShare to FacebookShare to Pinterest