After a brief hiatus, the Scribbler is active once more.

We are very pleased to bring you three new authors from Class Act Publishing. 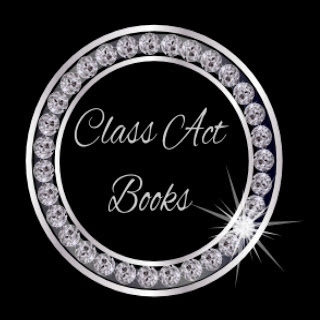 Class Act Books is a royalty-paying publisher of electronic and trade paperback novels and novellas, with the goal of providing quality fiction at a reasonable price in all media: paperback (available exclusively on the publisher's website), Kindle, pdf, Mobi, and eBook.

After coming under new ownership in 2013, the publishing commitment was changed from only romance to all genres and they now feature Westerns, Adventure, SciFi, M/M, and Horror among their titles. Class Act Books offers standalone novels as well as series, and features award-winning authors. Titles are available on the website as well as Amazon, Barnes & Noble, and Smashwords. They are also featured on the UK, French, German, Japanese and Italian versions of Amazon.com.

Born in the Year of the Tiger, Paul’s natural curiosity combined with the deep-seated feline need to roam has meant that over the years he’s never been able to call any one place home. His wanderlust has led him from one town to another, and even from one country to another. 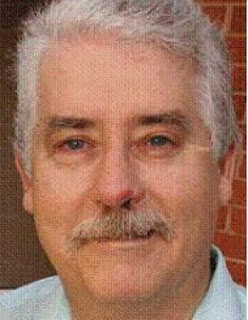 “I can’t remember a time when I didn’t write - my father claims to possess a story I wrote when I was six, which filled 4 standard school exercise books! What I do remember from that time was being told off for doing the Liverpool Echo crossword before he got home from work!”

While Paul was living in Denmark, he allowed himself to be persuaded to write for a purpose instead of purely for his own amusement. Perhaps it was the catalyst of breathing the same air as Hans Christian Andersen.
Paul’s IT guru (aka his talented daughter) has recently constructed a website for him:
www.paulmcdermottbooks.webs.com
Paul frequently lurks at:  www.thewriterschatroom.com  (Sundays & Wednesdays) 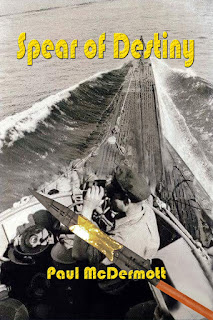 Blurb:
In 1945, U-boat Kapitän Herbert Nollau must deliver a weapon which will turn the war in Germany’s favour. His orders are delivered verbally. There will be no written records... and no witnesses.


Alone, far from home, hunted by the Danish Resistance and the might of the Allied Forces, he must obey either his final Orders…or the inner voice of his conscience. 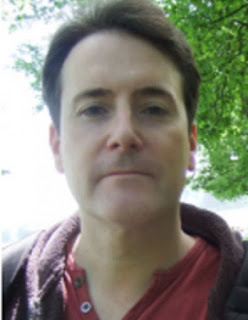 James Austin McCormick is a college lecturer from Manchester, England and his free time enjoy writing speculative fiction, mostly science fiction, horror and a little sword and sorcery fantasy. He is also a particular fan of classic Gothic and Victorian horror tales and is currently in the process of writing updated versions of these with a science fiction spin.


BLURB for Dragon: The Tower of Tamerlane: 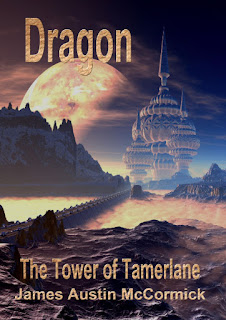 After the death of the Tuolon Ambassador Lagua and the failure to bring the non-humanoid worlds into the Alliance, Sillow and Brok’s long partnership is finally at an end. Now a reluctant solo agent, Sillow is called upon to undertake his first mission, investigate the Tower, a high-tech prison complex along with the oligarch who runs it, a mysterious nobleman who calls himself Tamerlane.

Seeking evidence to prove Tamerlane is responsible for a series of terrorist attacks, Sillow quickly uncovers the sheer scale of his plans, a lethal military strike on all four humanoid home worlds. Caught and imprisoned however, the Sylvan finds himself helpless to warn the Alliance of the coming danger.

All the while, something has been evolving, growing stronger inside the Tower, something intangible yet far more dangerous than Tamerlane ever could be, a being implacably opposed to all life in the galaxy.
And only Sillow has any chance of stopping it.

EXCERPT from Dragon: The Tower of Tamerlane:
Laser fire and shouts echoed as Sillow was thrown headlong into the cell.

“What are you?” a female voiced asked. “Some type of green midget?”


Sillow groaned and tried to get up. He settled for a slumped kneeling position.
“I’m a Sylvan,” he replied. He squinted into the shadows and saw a figure seated on the upper berth of a bunk. He could make out little apart from a muscular, yet shapely pair
of legs. “Who are you?”

The figure jumped down from the bunk. She was an Amazonian, strong and athletic with an impressive cleavage and long chestnut hair falling around her shoulders. She was
also extremely pretty despite the artificial eye and cheek implant. She stretched out a perfectly formed silver arm, extending her hand. “Titanya.”


The Sylvan took her cybernetic hand and let himself be hauled to his feet. He found himself head high to her magnificent chest.

“Sillow,” he replied, smiling at her breasts. “I’m from the Alliance.”


“Up here, short stuff,” the woman told him.
Slowly and very reluctantly, Sillow turned his attention upwards. He grinned. “Nice to meet you.”

Outside, cries and weapon fire continued to echo through the halls.
Titanya frowned. “Any idea what all that’s about?”
“Whole place is going crazy,” the Sylvan replied. “Something got into Tamerlane’s AI system.”

The woman took a couple of tentative steps toward the door. Screams echoed through the walls.
“Sounds like a warzone out there,” she remarked. “You sure the AI is causing all this?”


Sillow frowned. “You know, this is going to sound kind of crazy but…” he paused, running a hand over his pointed chin.
“What?” Titanya demanded.
“Well, it kind of looks like the one causing all this is Darius Drake. You heard of the guy?”
“Oh yeah,” the Earth woman answered. “We’ve met.”
“Well, somehow he’s put himself into the computer system.” Sillow gave an embarrassed shrug. “Sounds sort of off the wall I know.”

There was a sudden explosion and flames tore through the slits at the top of the door.

“Look out.” Sillow threw himself at Titanya, knocking her off balance and sending her tumbling to the floor. The Sylvan landed on top of her, head buried in her thick auburn

locks. A fireball tore past them, turning the bunks into cinder.
It was some moments before Sillow glanced up. He found himself looking at the stern, beautiful features of the Terran woman.

“You okay?” he asked. “Just so you know, that was me protecting you.”


“Just so you know,” Titanya replied, “under any other circumstances I’d have busted your jaw for that.”


Titanya flung the little Sylvan back onto his feet. “Yeah, right. I can’t believe a pipsqueak like you got the drop on me.” 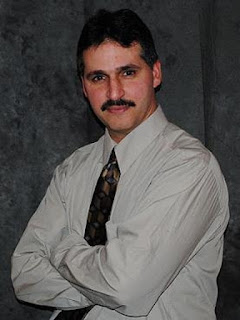 Rick McQuiston is a forty-six year old father of two who loves anything horror related.  By day, he works for a family-owned construction and management company. By night, he churns out horror fiction.

Rick has well over 300 publications so far. He’s written seven anthologies, one book of novellas, and edited an anthology of Michigan authors. He’s also a guest author each year at Memphis Junior High School, and is currently working on his fifth novel, a Cthulhu-based anthology. Rick currently has two novels with Class Act Books:  Fear the Sky and When Only the Nightmare Remains, which was voted #2 in Horror for 2015 by the Paranormal Romance GuIld’s Reviewer’s Choice. 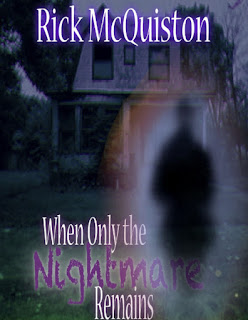 
A town sheriff and three young boys manage to overcome an evil entity threatening their town.


Emily nudged closer and closer to the spider-webbed pane of glass. The window offered little in the way of a view—being octagonal and no larger than a dinner plate— but what it did reveal was adequate to say the least. It allowed anyone gazing through it to see the lush rolling landscape surrounding the house…and all it contained.


Feeling her already weak heart pound heavily in her chest, Emily scanned the grounds intently, watching for any signs of movement, for any hint of life. For any signs of


William. She held the Book tightly in her small hands, refusing to relinquish it to anything or anyone. She had only scratched the surface of its contents, but that was still

enough to impart its importance to her.

Her eyes moistened with tears as  she thought of earlier, happier times in her life and her marriage to William.  She should have been thinking about raising a family and planting flowers around the front porch of her home. She should have been thinking about what to cook for dinner when her husband returned home from a hard day’s work. All these simple notions, ones so many young people took for granted, were well beyond her grasp. In their place were terrifying visions of a dim future. Or worse—no future at all.

Movement caught her eye, sending a fresh batch of fear down her already frail spine. She rubbed her eyes to clear them and stared at the spot where she thought she had seen
something. It took only a few seconds before her fears were confirmed. Something had moved. She was sure of it, but it was not easily noticeable. Whatever was lurking in the

dense foliage was crafty and using stealth to its advantage.
Despite expecting it, Emily found herself cringing from the implications. She knew what it was, slithering around the fields, worming its way closer and closer with each

passing minute. She also knew that eventually, inevitably, it would reach her house.

Her house. It was her house and hers alone since her beloved husband died earlier that year. Nearly eight cold, empty months had passed since that fateful day when a

bullet found its way into his forehead, killing him instantly. Some said that it was a suicide. Perhaps it was, but Emily was not so sure. William had no reason to kill himself.
The pain of that day pushed its way into Emily’s heart, so slowly at first as to be almost unnoticeable, but gradually increasing in its intensity. William had been a good man and
a good husband, at least he was before he had changed into a cold, cruel person wholly incapable of compassion or love.
Emily stepped back from the window and slumped into a small, worn leatherback chair. She was exhausted, both physically and emotionally, and the alluring thought of sleep entered her mind more than once. She ignored it. She had too many problems, too many things to think about to be able to enjoy a good rest. Not that she didn’t deserve it.
Outside the house, nestled snugly within the green vegetation of the fields, something waited for its chance to move, to advance toward the house and reach a solitary
figure huddled in the attic of the building, and end her life.


Buy links for When Only the Nightmare Remains:


Find out more about Rick at:

Adverb: a word or phrase that modifies or qualifies an adjective, verb, or other adverb or a word group, expressing a relation of place, time, circumstance, manner, cause, degree, etc. (e.g., gently, quite, then, there…) [definition from Oxford Languages via Google] 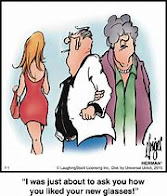