“Writer. I have jumped out of the burning building and I'm tying the bedsheets together as I fall. So far, so good.”


When you visit Mitchell’s Twitter page, that’s his introduction.  Can’t go wrong with an author like  that.

The Scribbler is most privileged to have Mitchell as our guest this week. He has agreed to a 4Q Interview and is sharing an excerpt from his debut novel WIP, “Mulholland and Hardbar”.


Mitchell Toews lives and writes lakeside in Manitoba. When not writing or if the sun beckons too persuasively, he finds alternative joy in the windy intermingling between the top of the water and the bottom of the sky or skates on the ice until he can no longer see the cabin.


He has stories in a variety of literary markets in the US, Canada, the UK, and beyond. Details can be found at his website, Mitchellaneous.com


Mitch is currently at work on a noir novel set in the boreal forest, editing an SFF novella, and writing grant applications to keep the proverbial wolves from the door. 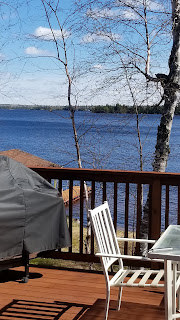 4Q: Your short stories appear in several anthologies. Groota Pieter was previously published in The River Poets Journal and has been accepted for publication for a new anthology, We Refugees. Tell us about the story. 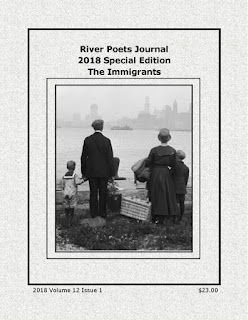 MT: Fiction lets me address subjects that I find difficult to discuss otherwise. In this case, it’s the fact that Mennonites—“my people”—who came to Canada in a semi-forced immigration in 1874 now find themselves among the gatekeepers for today’s refugees. While nineteenth century Mennonites from Southern Russia were welcomed to the brand-new Province of Manitoba, some of their descendants now align themselves with those who are fearful and restrictive when it comes to present day diasporas.


Midway between these two polarities stands “Groota Pieter”. In the Sixties, our little grade school in Steinbach, Manitoba had its own flood of immigrants—a dozen or so Mexican Mennonite families.


In the story, I use one of the new kids, “Big Peter”, as a symbol for how immigrants are often viewed. It’s inconvenient and confusing to welcome strangers and all their apparent differences in culture, “values”, and habits. Canadian Mennonites today have not forgotten or chosen to denigrate their own families’ past travails but, I suspect, it’s more a matter of not being able to imagine these so-called alien newcomers in Manitoba. What a disappointing twist that settler Mennonites, who suffered as a people dispossessed in Europe only to have their descendants—many now once again members of the landed economic elite, this time in Canada—behave with moral ambiguity, and in some cases, religious intolerance.


Many modern Canadian Mennonites have constructed an insulative moral landscape built upon a maxim, “What would Jesus do?”, together with precepts like hard work, honesty (to the point of believing they invented it) and a daily life of church-family-devotion. This cocoon shelters them from the wayward outside world but may also dissuade critical self-examination.


“Us and them” is a powerful inclination. It opens us up to being overrun by fear and suspicion. Seneca said, “Sometimes even to live is an act of courage,” and we need to see this courage as a relatable virtue in our new neighbours—broaden our empathy and lower our fences.


I’ve tried to use humour, human nature, and the guileless character of children—along with the commonality of a simple game like baseball—to underscore an obvious message. We’re all just people. Obvious but, it seems, hard to live by. I hope this childlike outlook depowers the “us and them” tendency and, in some small way, expands the moral landscape.


MT: Even though I’m not one of those people who thrives on chaos, it kinda looks like I am. I have a lot on the go. Short stories are heart and soul for me, so that keeps on being a part of every day. Writing, editing, submitting and shamelessly promoting. (Allowing for the fact that Mennonites don’t do “shameless”. We always feel guilty about something!)


I completed a debut novel over a year ago and have been editing since then. I am fortunate to have a skilled and engaging editor to work with. (He’s a Londoner and the possessor of a kick-ass literary pedigree.) The novel is moving down the road, only partly on the rumble strip. I hope to be able to query it this year.


Those are the itchiest spots right now, but I also have a short story trilogy that I believe—along with a few supportive others—would make a great adaptation for a screenplay. An SFF novella first draft is also done but lies dormant, needing some tough love before it gets to the finish line.

Those last two darlings get a bit of energy as does preparing grant applications. After all, the pickup needs gas, the fridge needs beer, my editor needs paying, as do airfares if I want to visit the grandkids on the coast. I was recently recognized as a New/Early Career Artist by the Canada Council for the Arts and I hope to get some assistance to cover expenses and help me to build my craft and meet other writerly folk in the wild. 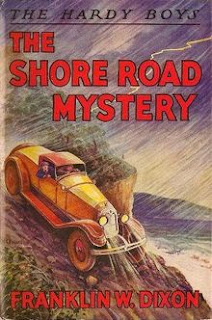 MT: My wife said this was too boring, but I’ll take my usual course and avoid her good advice. As a youngster, having consumed the entire Hardy Boys detective series and all the comics I could buy, I hungered for more. Our school and town libraries had lots of books, but I had chewed through most of the children’s collections and much of it was of a more Christian bent than I was looking for. You know… the wide world beckoning and all.


Anyway, I discovered the University of Manitoba Extension Library. Pre-internet, by a lot. You obtained a copy of their print catalogue and a mailing address. Books were ordered and received by mail.


I remember one day when I was home from school with the mumps and Dad walked in with a brown kraft paper bundle, tied with white cotton string. A cluster of stamps and “Mitchell Toews, Box 220, Steinbach, Manitoba” was written in prim librarian longhand, with the tell-tale swirls and blots of a fountain pen. The parcel was heavy with adventure: Treasure Island, A Rookie at Leaf’s Camp, The Red Schoendienst Story, The Best Thing Since Sliced Bread awaited me within the lignum scented confines. All for free and each month a fresh list of “New Titles — Just Received!”


Not unlike the row of tractors that sat dripping oil on the Case dealer lot, each capable of magical transformation into a P51 Mustang that took me for snarling barrel-rolls high above the prairies, these books gave me the world in a brown paper wrapper and all I had to do was imagine.


4Q: Every author, artist or other creative types have their favorite spot to work from. Tell us about yours and what your writing habits are like. 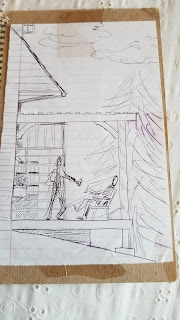 MT: Janice and I live on the shores of a small lake. Any spot with a view—whether in the 1950 cabin, out in the “she shed” (a screen porch down by the water), up in the loft, or the workshop—is where I write. Bug free and above freezing are my only requirements. An oily tractor seat or P51 cockpit is nice, but if not, I stand.


An excerpt from “Mulholland and Hardbar”


The following excerpt features a blustery dispensation given by the story’s antagonist, James Friesen, aka Hardbar. He is that person you’re not certain you want for a friend but know for sure you don’t want as an enemy. He’s a villainous sort, but funny and nobody’s fool and he travels in heavy boots over the shortest distance between right and wrong, always ending on wrong.


[…] Hardbar stared at Mulholland for a second and then yanked on the anchor rope with a start. “Well, tell the truth, I don’t gave a fuck.”


Mulholland stared back and waited for a moment before he replied. He reeled in his fishing line and stowed the rod in the rack. “So, you don’t gave a fuck. Izzat right?”


“That’s right, that’s right.” Hardbar unzipped his jacket and dug for cigarettes. Finding some, he gestured at Mulholland with a backhand wave, one fingernail dark purple. “Fier,” he said in Plautdietsch, then leaned forward with a grunt and snatched the lighter from atop the tackle box.


“You mean you don’t give a fuck,” Mulholland said, deadpan.

“See, I knew when you started talking that when you finished, I would not give a fuck, so I could exactly say, before you finished, that my fuck-giving was in da bag. I knew I was no way gonna give a fuck. It was already the time, before you finished talking when I had already quit fuck-giving.” Hardbar held his hands palms-up, and the new-lit cigarette smoked white in his fingers, dirty with silver minnow scale that made his hands sparkle in the setting sun. “It’s too late to say, ‘I don’t give,’ because I’m already all the way to 'I don't GAVE,’. You understand?”

“Now I don’t gave a fuck,” Mulholland replied, his arm stretched out to retrieve the lighter.

Thank you so much Mitchell for being our guest this week. 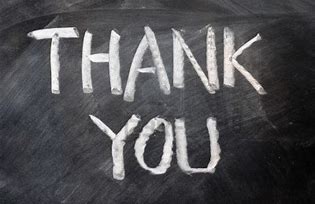 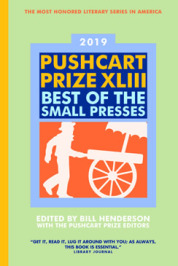 You can also read Mitchell's short stories on commuterlit.com

CommuterLit.com has run nine of Mitchell’s short fictions. In June 2016 the e-zine published “The Red River Valley Trilogy“:  “Encountered on the Shore” (Appeared twice: Rerun October 2017 – see below), “A Vile Insinuation”, and “Without Reason”. The linked stories concern, respectively: the aftermath of a violent encounter on a city street; a young American leaving the ball fields of North Dakota for the killing fields of Vietnam; and a devout Mennonite man grappling with cancer and faith.
Posted by Allan Hudson at 06:35
Email ThisBlogThis!Share to TwitterShare to FacebookShare to Pinterest