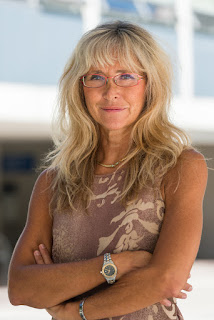 The Scribbler is most fortunate to have Arianna as our guest this week, certainly one of our most interesting invitees. I discovered her novel – The Afrikaner – on Twitter and was immediately drawn to the story and the author.  She has kindly agreed to a 4Q Interview and to share an excerpt from her novel.

In her career as an international reporter, literary translator and academic researcher, Arianna Dagnino has lived in many countries, including a five-year stint in South Africa. The author of several books on the impact of global mobility, science and digital technologies, she holds a PhD from the University of South Australia and currently teaches at the University of British Columbia.  Her novel The Afrikaner has just been published by Guernica Editions in Toronto.

4Q: Let’s start by talking about your novel. Please tell us about it and what inspired this story. 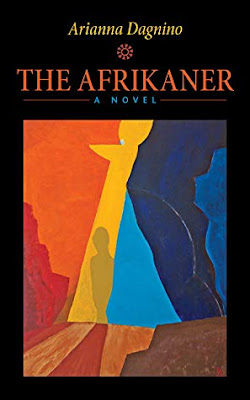 AD: In a nutshell, the Afrikaner is an on-the-road adventure story that blends history, scientific research and politics in a plot set between Johannesburg, Cape Town, the Kalahari Desert and Zanzibar. Set in newly post-apartheid South Africa, the book is inspired by the five years (1996-2000) I spent there as a foreign correspondent for the Italian press. The main character, Zoe du Plessis (33), is a young female scientist (paleontologist) of Afrikaner descent. A conflicted woman struggling with group guilt and a dark family secret, Zoe embarks on a field expedition into the hot plains of the Kalahari Desert in search of early human fossils. Her journey of atonement and self-discovery will lead her to memorable encounters with a troubled writer, a Bushman shaman, and a Border War veteran.  The conclusion spirals the reader into a new perspective, where atonement seems to be inextricably linked to an act of creative imagination.

4Q: You have an impressive CV, world traveler having lived and studied in many countries, a doctorate degree in Comparative Literature, a published author, a lecturer at the University of British Columbia, translator & interpreter and citizenship in three countries. How does writing fiction novels fit into all this?

AD: I have always thought that a writer needs to live intensely, harshly, wildly before s/he can put anything on paper. Combine this with an unquenched love for hard travelling and deep immersion in other cultures/languages and here I am. My fiction writing emanates from my multifarious experiences across the globe.  I re-entered academia later in life and this allowed me to further explore my use of the English language within a literary context. For this reason, my book Transcultural Writers and Novels in the Age of Global Mobility (Purdue UP, 2015) starts with a creative non-fiction piece. In it, I recount my encounters with five internationally-renown authors (intercutting them with my own diary entries) using the harbour city of Istanbul as a fictionalized setting. 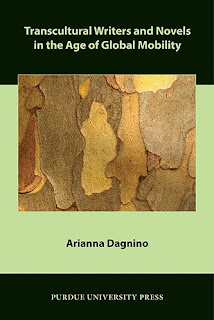 AD: If you allow me, I would like to share an anecdote of my youth (I was 21, then) – rather than of my childhood – that happened to me in 1985 while I was living in former Soviet Union at Moscow’s Pushkin Institute as a student of Russian language. The passage is an excerpt from my travel diaries:

“In Moscow in 1984 I read Dostoyevsky, I read about the miseries of the Russian people, then as much as ever. I sent letters to my family, writing with a pencil on the coarse paper that they used as table- cloth in unauthorized basement taverns. For six months I was almost cut off from the outer world. To phone abroad from a public place was an enterprise that demanded long hours of waiting among hundreds of ethnic proletarians assimilated by the empire: Turkmens, Kazaks, Georgians, Kyrgyzs. The news from abroad was metered out with a dropper.

Dimitri was my guide to the Russian underground. He kissed me and sang Vysotsky to me—the songs of this anti-establishment singer-songwriter ostracized by Soviet authorities spoke truth in their own oblique way. One night, he led me where no foreigner—least of all a fortuitous tourist—would ever get to: a street, a nineteenth-century building, a front door, a cold entrance hall, one landing. In the silent darkness that smelled of bygone affluence, my poet lit his cigarette lighter and brought it closer to the wall. Then, through our condensed breaths, I saw, at first indistinctly, then more and more clearly: tens, hundreds of writings running up those walls encrusted by time and memory. Dimitri read out loud some of them, interpreting them with his warm actor's voice. They were all passages from Mikhail Bulgakov's The Master and Margarita. He told me that the authorities regularly covered those writings under a layer of whitewash but—relentlessly—those surreptitious traces kept reappearing. The magic of the initiated. The words that lived on, at all costs. ‘Manuscripts don't burn’ (Bulgakov, The Master, p. 287). It was an exemplary lesson. 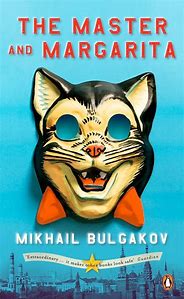 4Q: Is there a special time or place where you sneak off to write? 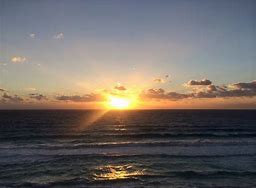 AD: I like getting up very early in the morning, around 5.00 am, have my cup of rooibos tea and sit at my desk while everyone else in the house is still asleep. Possibly, while I write I love being able to peek at the sea (any sea). As a woman of the sea, born by the sea, I am always inspired by the line of distant horizons.

4Q: In the world of fiction, what’s next for Arianna, the author?

AD: With my husband Stefano Gulmanelli we are exploring the idea of writing together a fiction set between Vancouver, Canada and Genoa, Italy in two different time frames: the now (21st century) and the year 1796 (at the aftermath of the French Revolution). The two main characters are a modern Vancouverite woman doing research on an 18th century Genoese painter, and Carlo Rivarola, a fallen Genoese nobleman living in contemporary Italy.

We would obviously capitalize on the thorough understanding we have developed of both countries and their related societies. Through engaging story-telling we would use the intersection of these different cultural spaces and time frames to explore issues of national identity, cultural prejudice, and the quest for self-determination (both at the individual and collective level). We think this would make the work both timely and topical.

An Excerpt from The Afrikaner 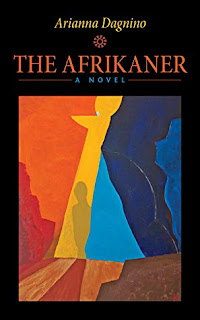 Kurt moves to the kitchen to prepare their drinks.


As she looks around, Zoe notices another window-door, slightly ajar, leading into a studio. She peers inside. Three of the walls are covered with books; in a corner facing the window is a sturdy desk of what looks like reclaimed wood; a computer and a stack of black leather notebooks are the only objects on it. She enters, walks over to the closest shelf and runs a finger over the spines of the books: they’re arranged in alphabetical order. She pauses at the V and reads the titles of his works.


“Here, Zoe,” Kurt says, handing her a tumbler. She jumps slightly: He has come from behind, catching her by surprise.


“Not to worry,” he says perching himself on a stool by the window: “A fossil hunter can’t help being snoopy.”


“I guess so,” she says, listening to the ice tinkle against her glass. “Most of the time with few rewards, though. I mean, Mary Leakey found her first hominid footprints after she had wandered in the desert like a mad woman for thirty years.”


He seems to wait for more. She can’t suppress a smile. “Is something funny?”
“I’m sorry. With your high-neck fisherman’s sweater, whiskey in hand and unshaven stubble you look like a real writer. I mean, the way anyone would imagine, say, Hemingway in his study.”


“Putting on weight, with greying hair and ready to shoot himself in the head. Too much like the old man, right?”


“We never stop imitating our models, for better or for worse.”


Out there, the sky has suddenly turned blood red. Below them, the Atlantic waves keep beating on the shore with dogged insistence.


As she turns again toward the shelf, Zoe makes eye contact with a young woman framed within a picture. She is of unusual beauty, with shiny black hair wrapping her shoulders like a silk shawl, slightly almond-shaped eyes and the golden-brown skin of the Cape Coloured.


Kurt stands up rather abruptly.


“You’re going to miss the sunset,” he says laying a hand on her hip, leading her gently through the window doors onto the terrace.


They reach the others in time to pick up what Cyril is saying: “He built this house with his own hands, soon after he came back to South Africa three years ago.”


Zoe looks sideways to check Kurt’s reaction, but he seems lost in his thoughts, perhaps in his memories. He keeps his eyes not on the fireball in the sky but down, at the relentless surf under their feet. Once again, he has retreated behind a curtain of cold detachment. Even his dwelling, so apparently open to the sun and the sea breeze, is standing within invisible walls – the ones he has erected between himself and the rest of the world. 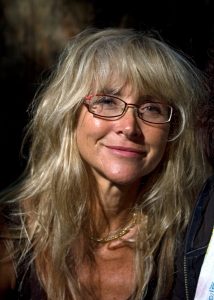 Thank you for being our guest this week Arianna. I’ve recently purchased your novel and am anxious to “dig in”. 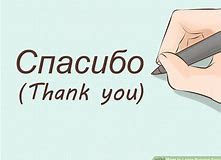 For you readers that would like to discover more about Arianna and her writing, please follow these links:


Interview in the “Vancouver Sun": https://vancouversun.com/entertainment/books/vancouver-writer-heads-to-south-africa-for-new-novel


Review in the Ottawa Review of Books:  https://www.ottawareviewofbooks.com/single-post/2019/05/04/The-Afrikaner-by-Arianna-Dagnino?fbclid=IwAR3wgJRZQSksLZ4xuvvgCvlrPPmL3osgXnYvS7CFRi4jiBPGeqm27ymoAYw