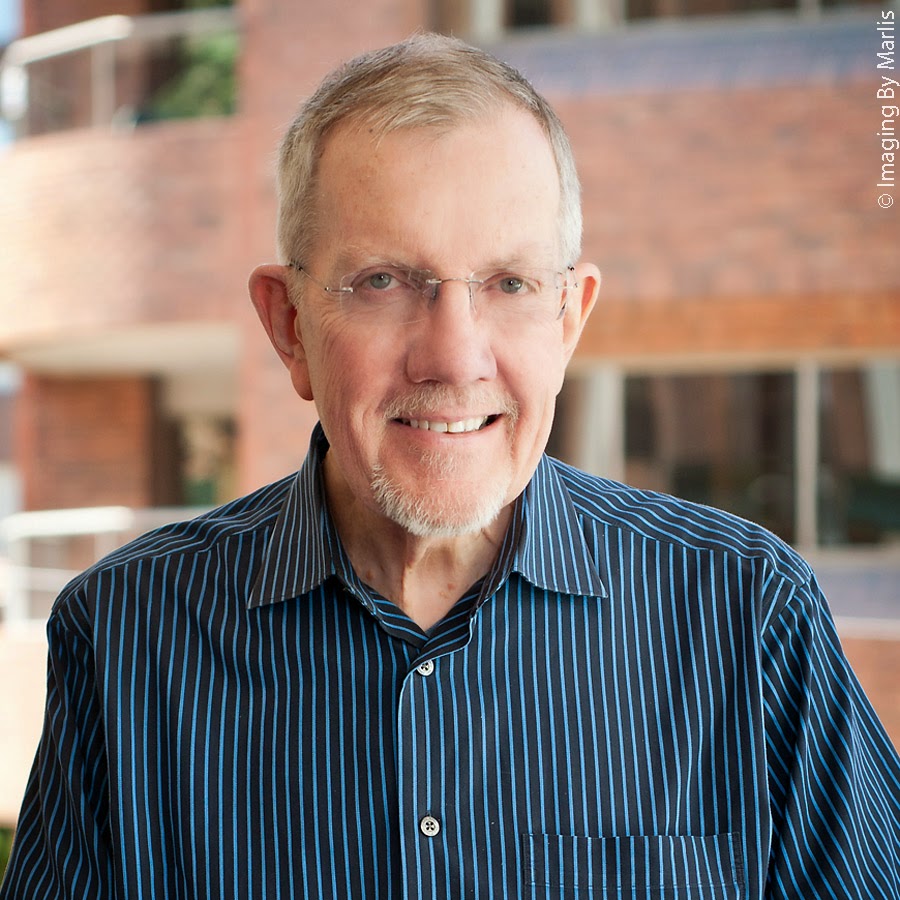 Brian is an award-winning and best-selling author of seven critically acclaimed narrative non-fiction books about the colourful personalities of Western Canada’s past. A former staff writer with the Calgary Herald, Brian has written freelance articles and columns for magazines and newspapers across the United States and Canada, including the New York Times, Globe and Mail and Toronto Star.

Born and educated in Dublin, Ireland, Brian immigrated to Canada in 1966 and settled in Calgary in 1974. Over the course of his varied career he has worked as a golf caddy, lounge waiter, customs officer, nightclub pianist, church organist, radio news announcer, and a featured storyteller on CBC Radio’s Daybreak Alberta – a popular program heard across the province.  His website is listed below.

Following is an excerpt from his book-in-progress, working title: "Brief Encounters: Conversations with Celebrities, 1974-88." It's based on interviews he did when he was an entertainment writer for the Calgary Herald during the '70s and '80s. 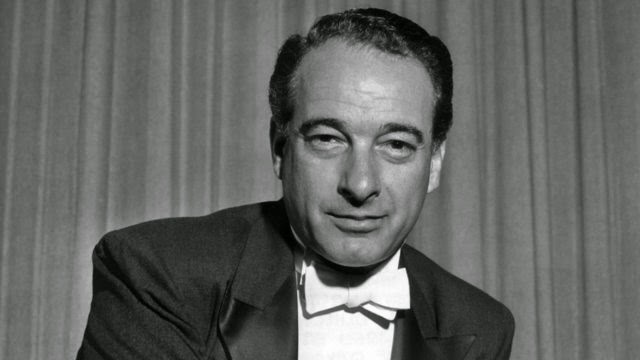 Victor Borge had been a child prodigy on his way to becoming a concert pianist when he discovered a flair for comedy that sent him in another direction and brought him international fame. When he arrived in Calgary to play the 2,700-seat Jubilee Auditorium in 1975, the Danish-born virtuoso was 66 and still performing 150 shows a year despite having been forced to stop playing temporarily due to paralysis in his left arm.


I asked him if he was thinking of retiring. “Retiring from what?” he replied. “Retiring from life? Performing is my life. A lot of people retire because they’re forced to, and then keep regretting it for the rest of their lives.”


The problem with his left arm had been a shocker, Borge said, because for three weeks in the hospital he wasn’t able to move it. “It scared the hell out of me. I had to cancel a concert for the first time in my life. The newspaper in Wichita didn’t like it, but what did they expect?”


The doctors determined that the paralysis was caused by a pinched nerve in his neck. After they repaired the damage, Borge lost some strength in his arm but that, fortunately, didn’t affect his playing. “That’s the one aspect of my performance that has to be right.” Even though he filled his performance with musical jokes, such as his interpolation of “Happy Birthday” or “Hush-a-Bye Baby” into the music of Chopin, Mozart and Debussy, he wanted the piano playing to be technically proficient. “Each performance is a challenge for that reason.”


He had given up doing conventional concerts in his 20s because he came to believe he didn’t have any real control over what his fingers did when he sat down to play. Blessed, or perhaps plagued with something he called “finger memory,” Borge could start playing any piece he had learned from the standard repertoire and almost immediately his fingers would find the right notes. “It was just a psychological thing,” he said. “I would look down at my fingers while I was playing and be in awe of them. That’s why I had to stop concertizing. I was afraid I might foul up sometime.”


But he had no regrets about abandoning a career as a serious musician in favour of becoming a comic entertainer. “I’m not a frustrated concert musician or a frustrated anything. You can’t be frustrated if you’re doing something that you want to do. If I had stayed straight, I know I could have done well. But I wanted to do this. It’s my chemistry.”


He couldn’t explain the success of his comedy. “I was never particularly interested in analyzing it.” But much of it had to do with his spontaneous reaction to little things that occurred during a concert, plus his ongoing fascination with the idiosyncrasies of the English language. One of his popular routines involved “inflated language,” in which “wonderful” became “twoderful” and “create” became “crenine.” Another routine, that he called “phonetic punctuation,” involved reciting a story complete with trick vocal sounds for commas, periods and exclamation marks. 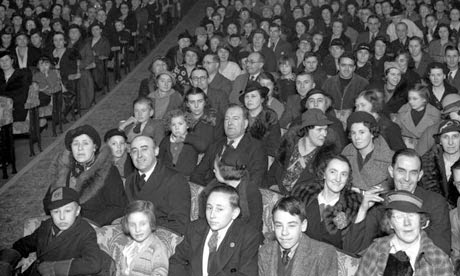 The man in the front row who sneezed or the woman who coughed too loud were natural targets for his ad libs, but Borge insisted that none of his jokes were planned. “Sometimes it almost seems as if all 3,000 people in the audience have been planted.” His method was to work mainly impromptu “and say things to suit the particular mood of the show.”


I asked him about reviews. Borge said he had received the occasional negative one. But he took some consolation from knowing that “bigger geniuses than I have suffered from this problem.” He recalled a letter that the composer Brahms was said to have sent to a critic who panned one of his concert performances: “Dear Mr. Critic. I have your review of my concert in front of me as I write. Where I’m seated, I’ll soon have it behind me. Yours truly, Johannes Brahms.”


True to his word, Borge never retired from performing. At age 90, he was still playing about 60 shows a year. His doctors suggested he eliminate a pratfall where he pretended to accidentally fall off the piano bench. But, of course, Borge had no intention of doing this. It had been part of his act for so long that audiences expected it.


A New York Times reporter asked Borge why he continued to maintain a heavy touring schedule. He gave much the same answer as the one he had given to me 20 years earlier. “Why not?” he said. “If it was a strain, I wouldn't do it. But I can do it. I haven't faltered yet. I know life. I have had a full measure of experience. Shouldn't I take advantage of it? These days my acts are the essence of what I have accomplished. The fruit is on the tree. Should I let it rot?” 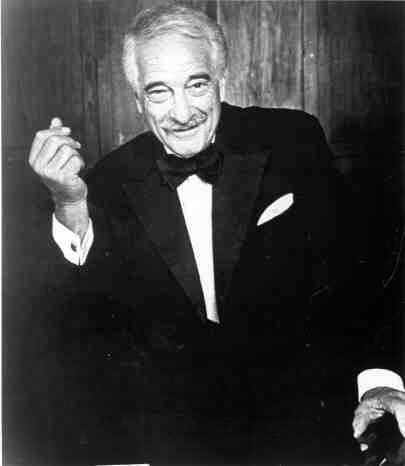 Or as he had said to me, “It all has to do with the spirit. What I’m doing is at my natural speed. I travel because people don’t come to me.”


Next week you can read one of my short stories. "Six Jutlands and a Conestoga". Moving your family into the western frontier can be a daunting task. Nothing but open wilderness and a plan!

On September 7th at 6:30 pm, you are invited to join me at the Chateau Moncton for the launch of my debut novel Dark Side of a Promise. I hope you can make it! 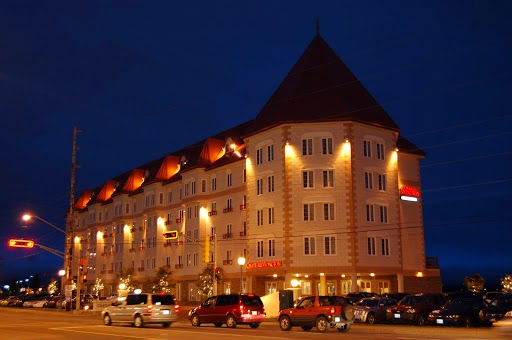