2017 is almost over. This is the last post of the year and the Scribbler is pleased to have Ryan share one of his stories. 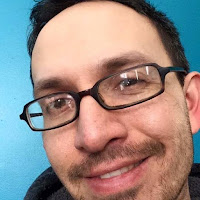 My name is Ryan Madej and I began writing in my teens. Just this past summer I finished my fourth book entitled The Threshold and the Key, the final volume in a novella/memoir cycle that I’ve worked on for the past 20 years. My style is in the experimental vein because I find that playing with form in the fragmented way that I do plays to how I think memory works. The short story I’m submitting was originally published in Infinity’s Kitchen no 6, that showcases works to an American audience. It’s my pleasure to show it to my fellow Canadians.


Night Index
(A sample from the story - copyright held by the author.)

The stage is set for another evening of transparent dreaming. That is what this strange


arrangement has become when I sit down and think about it hard. We didn't know each


other prior to hooking up...I mean, who does that anymore, right? But that evening four


interesting. Not special, mind you, but something interesting. I could tell by the words


had met recently with their greasy charm, and on top of that, small penises. He didn't give himself away; he remained hidden, or at least partially seen when I threw tough questions at him. He didn't flinch in anyway.  The more he looked at me—in a way that wasn't bewitching, but hardly familiar—the more I felt like I had tapped into something rarely observed. Call it a hunch or womanly intuition, but I unearthed a diamond in his gaze and then I was his. He sat there across from me in that black light lounge sipping his whiskey in an almost half-hearted way, and after a time we said nothing more at all. I felt like there was no barrier anymore, perhaps because he was a stranger with no knowledge of who or what I was, or the inclinations and desires I kept only to myself. Through the course of our first few hours together we found that we had a mutual appreciation for Walter Benjamin; in particular his great, unfinished magnum opus The Arcades Project. We talked of the flaneur and how wandering the streets of Paris with no


true intention but to wander had more appeal than doing a shit load of drugs, which


he admitted he had done anyway when he was young. I had no choice but to admit


the same, maybe just to impress him, when really all I had ever done was a lot barbiturates when I needed a vast amount of sleep.  And yes, my sleep became more


C: Calls in the middle of the night

I tend to take my time on these nights when we are supposed to meet, more out


else. Still, there are times when she has totally caught me off guard and I would lie


to sleep, a heavy gust of wind rattling my window. It was during these reflections


where my mind drifted over past memories of women with less charm, which she would


you right away.” Without protest I sat up to listen, relieved by the sound of her voice


that washed away those bad memories. I told her it was alright, I hadn’t fallen asleep


yet anyway. Lighting a fresh cigarette for my waiting mouth, she continued almost


breathlessly: “I was walking in the desert somewhere in Mexico. I assumed this because


the only sign I saw outside a ramshackle town I passed through had Spanish phrases.


No one inhabited the town, nor was there any real sign of life. An entirely cloudless


day that would be appealing other than the fact I was alone, watching a series of vultures off in the distance. This is what probably propelled me to investigate. Anyway, once I got closer to where the vultures flew, I could see what looked like a person lying on the ground. Rushing over, the sun blazing in my eyes, I looked down to see that it was you who lay bleeding on the verge of death, eyes closed and murmuring. I remember placing my finger on your cracked lips and that is all." Strangely, I wasn't at all taken aback by her dream, but rather intrigued by the thought of a quiet yet agonizing death in the open desert. More often than not—the cherry of the cigarette nearly burning my fingers as I spoke—I had many playfully morbid fantasies just like the one she described. She stifled a laugh, then apologized for waking me at such a late hour and assured me she would be calling me again soon to meet. Ending the call, I sat in bed for a long time ruminating over the scene she painted from her unconscious, somehow calm and ready to find her in my own dreams with a smile on my face.

How should I put this? Really, there is no clear explanation to my fascination with


the forefront of my thoughts. The idea almost made me come.

The streets are dead tonight. They become deader as the months pass and the waning light of fall inevitably disappears, making the nights seem like endless excursions into a


gradually cooling void called "winter". Lately, when I'm not thinking of her, I watch old stock footage of atomic bomb tests on the Internet, somehow drawn to the deep light


of splitting atoms.  Maybe it's more than that, though. Perhaps it has more to do with


ultimate endings, whether taken up by forces we cannot control or the people behind


them whose intentions seem removed from death until they see, as Oppenheimer did,


the price of knowledge. Bad thoughts to have on such a quiet night. I used to lie on my


bed when I was a kid and imagine an elephant carrying me across the plains, my head


held high, searching out a place to drink water coming down from the mountains. When


I come to realize how far removed I am from innocent memories like those, I tend to


laugh a lot more at what I've become...

A bottle of white wine chills in my fridge. Thick blue smoke circles my head. I'm


in time with such a strange man. Maybe he reminds me of my father—the bastard that


he is—but to imagine such a thing is wasteful and tiresome, even though the more I've


come to notice the similarities between them. The dark hair, the intense gaze, the silences, even the laugh seems so exact.  How didn't I notice this before?  Sometimes the sudden appearance of a new toy makes one forget what it is they are playing with in the first place. But the aspect of him that really surprised me was his fingers and how much


they reminded me of my father's touch. Those gentle fingers wiping away my tears,


even as the smell of whiskey and stale cigarettes wafted in my face, or the other hand


caressed my leg. Glad he's gone. So very glad. I was right in saying this was a waste of

Nothing she has said as of late has pushed me in the right direction. As we've come


closer together a kind of fog has appeared between us obscuring the other. She looks


at me curiously now, searching for that bad seed that she is certain must exist. Her


gaze is close to the truth, that I will not deny, but I want more of her. Every piece.


Every pore. Every strand of hair. Every eyelash. Trophies, gifts, call them what you


like. Is it wrong to want all of someone? The air is so still and the streets so quiet that


imagine nothing else but the two of us, mimicking each others movements... 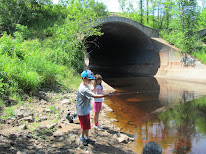