Welcome back to the Scribbler and the “rest of the story”. If you missed the beginning of this short story that was posted last Sunday, go HERE 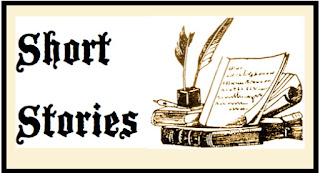 “I know what you’re worried about. Eventually you’re going to have to let your parents see Anna. They’re suing you for visitation rights. You can’t keep them away forever, not matter what happened in the past. It’s time to let it all go Clair. You don’t have to have anything to do with them. I mean I agree with you, but they are her grandparents and they want to make it up. They admit they were wrong. The courts are going to allow it Clair; you remember what your lawyer said.” 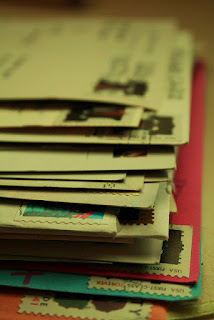 Clair wasn’t thinking of that but it adds to the burden she already carries only this is a lot more serious. She resents her parents still, for telling her to leave when she told them she changed her mind and was keeping her baby. Anna’s father wouldn’t have anything to do with them. She was homeless and broke until Noah came to her rescue. It was almost a year before her parents found her but Noah sent them on their way with a tongue wagging that embarrassed everyone. The letters from her mother have been continuous but she throws them all away. The bitterness they cause is too much. Reluctantly, she has come to understand that Anna should be given a chance to know them.


“Well Noah, that’s not what I wanted to talk to you about but I’ve decided that I’m going to tell the court they can see her, short times in the beginning to see how they treat her. But I don’t want any contact with them so I’m going to ask you a big favor. Will you be the liaison between them and Anna? I’ll okay it.”


She may as well have given him the new plasma TV he covets; she’s never seen such a happy face. He’s almost blubbering.


“You’ll have to stop telling them off, alright?”


He answers with a laugh and agrees.


He sees the indecisiveness in her eyes.


Clair finishes her coffee and sits straighter, looking Noah in the eyes.


“I can’t get you a ticket to Anna’s kindergarten graduation next week. It’s parents only and because I’m not married, I can only get one. I’m sorry Noah.”


“Oh darn! I’m saddened but those are the rules, I guess. Maybe I’ll just crash the party, make a fool of myself, how about that?”


Noah holds up an open hand.


Clair decides there’s no sense pussy-footing around the issue.


“I’m giving you my notice for the apartment. It’s just not big enough for us anymore, Noah. I hate to tell you because I know how attached you are to Anna but I’ll try and find something close by.”

Noah is rubbing his chin, the crease lines on his forehead read discontent. Clair lets the idea ferment before she says anything else. The only sounds are Bugs Bunny and Elmer Fudd arguing in the living room and Anna giggling. It’s a short while before Noah answers.


“I expected this someday but was hoping it wouldn’t be right now. You’re still going to manage the store?”


“Oh yes, I’m thankful for the work and I love the store. You know you can count on me.”


Noah gets up and takes his cup and Clair’s to the sink to rinse out.  Clair watches him, waiting for a word of encouragement.


“Ok then. If you and Marsha are all right for the day, I’m going watch cartoons with Anna and I’ll mind her until… is it Jeff working the store tonight? ”


“Of course, of course I understand.”


Jeff Abernathy is in his last year of high school and saving his pay for community college where he wants to go to go after graduation to be an electrician, like his father. He is always early for work and greets Clair with his usual happy attitude. When he enters and says hi to Clair, she is studying something behind the cash and doesn’t respond. Jeff sees the frown on her face and notices the newspaper spread out on the counter in front of her.


“Hey there Clair, you looking for a new job? Hope not.”

“Hi Jeff. No not a job, an apartment for Anna and I. The one upstairs is too small. I’m flabbergasted at how high the rents are for a two bedroom apartment, I don’t know if I can afford one right now. I was hoping to buy a car soon and I have a good down payment saved up but it may have to wait.”


“Did you already give your notice to Noah?”


“Bet he wasn’t too happy. He’s quite fond of that little girl of yours. And I know he thinks a lot of you. I’m sure he’s going to miss you.”


Clair closes the paper and folds it up, placing it under the counter. Glancing at the wall clock, she sees it’s almost time for supper and she must go take Anna off Noah’s hands. It’s Friday and Noah plays cards with several of his drinking buddies.


“Look Jeff, it’s a half hour earlier than your shift starts but do you mind going on the clock now so I can go make supper for Anna and me.”


Jeff places his backpack behind the counter.


Several customers come in and Clair makes her way upstairs to knock on Noah’s door. Hearing a voice to tell her to come in, she hears Anna tittering and wonders what’s going on. When she steps inside she puts her hands to her mouth and stares wide eyed at the two of them. Noah is wheeling a pushcart around the living room and Anna is standing on it. She has one of Noah’s old pale blue shirts on and it hangs to her knees, as well as a pair of Noah’s work boots that look like clown’s feet. Her hands are clad in a large pair of work gloves which are Noah’s also and she’s hanging on to the side rails of the pushcart which is tipped back on its two wheels. Noah is also clad in work gloves and an old hard hat and his old blue coveralls. They are laughing and stop suddenly when Clair enters.
Almost as if on cue, Anna jumps off the dolly and turns her back to Clair. Noah swiftly stands at her side with his back to Clair as well. Scrawled on the backs of their respective garments, in black marker and wide childlike printing is Anna and Noah’s Moving Company. Clair relaxes, drops some stress. Everything will work out with the move. Momentarily she  forgets about the high cost of rents that was getting her down. She can’t help but start laughing.


The loose shirt furls around her like a flag  when Anna runs to her mother and hugs her legs.


“Momma, Noah and I have a surprise for you.”


“I’m surprised already but what is it?”


Anna looks back at Noah.


Noah has a smile a foot wide and nods his assent.


“Grampy Noah wants to trade houses with us.”


The word houses throws Clair off for a moment until she gets the full picture, he wants to trade apartments.


Both Noah and Anna are bobbing their heads. Noah adds in a bonus.


And the rent will stay the same because I know you’re saving for a car, and well… “ 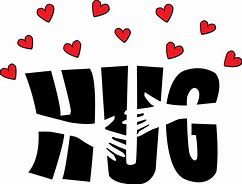 He doesn’t get a chance to finish. Everything goes blurry for her and she rushes to embrace Noah, slipping her arms around his thick chest and resting her head on his shoulder. In loving whispers she thanks him a dozen times. They’re startled by a little girl’s screech of delight. Anna is jumping up and down, the boots not moving under her. The gloves go flying from her waving hands.  Her chubby cheeks are pink and puffed up with the widest smile. Noah and Clair start laughing at her antics.  Soon Noah and Clair are jumping up and down in rhythm with their leader. The gaiety comes to a quick stop when the buzzer down stairs announces a visitor. Anna rushes out the hallway where the intercom is and jumps up on an old chair Noah has put there for her. Short index finger pushes the speak button. Her sweet voice could melt an iceberg.


The reply causes a delightful chuckle from the other end.


Anna looks over at Noah who is coming down the hallway, his eyes shining. Clair one step behind, curious to see the visitor, she knows he just turned twenty-one so they’re the same age Noah showed her pictures of him. He reminds her of Rob Lowe, an actor she adores.  Noah nods to Anna and she pushes another button to release the door. Noah opens his apartment door and sees Joshua ascending the stairs. Anna and Clair are close behind on the landing separating the two apartments.


“Welcome young man, how wonderful to see you again. Your timing couldn’t be better. We need a strong arm for the next couple of days.”

They do the fist bump, elbow rub. Same greeting they’ve been doing since Joshua was two. Then a bear hug from Noah. Noah is laughing like he won a prize and Joshua was also but goes quiet. Noah sets Joshua down and frowns at his silence until he sees where the young man is staring. Clair and Joshua are locked in orbit. Noah can almost see the vibes caroming back and forth. He studies the look in Clair’s eyes and for one blissful moment, remembers when he met his wife, Vanessa. Her eyes were dappled with the same desire. 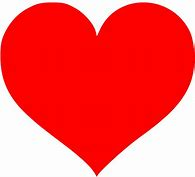 
Thanks for dropping by the Scribbler. Hope you enjoyed the story. I appreciate you taking the time to visit. Please feel free to leave a comment.

Posted by Allan Hudson at 05:46
Email ThisBlogThis!Share to TwitterShare to FacebookShare to Pinterest