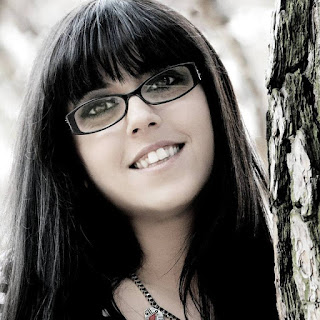 “Vanessa Hawkins has quickly become one of my favourite authors. Her ability to weave plot lines is nothing short of remarkable, overshadowed only by the depth of her characters. This book is only the beginning of a long, prolific career.”

How’s that for a splendid review? Our guest this week writes in the horror genre and has three books published. I was introduced to Vanessa at a recent writer’s group meeting in Fredericton where she joined us by phone. She has kindly agreed to a 4Q Interview and to share an excerpt from one of her chilling tales.

4Q: I believe the first novel you published is Gloryhill.  Tell us about the novel and what inspired it. Is it part of a series? 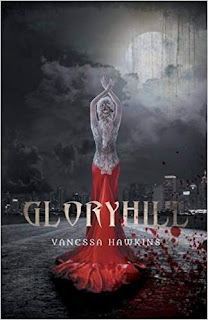 VH: Gloryhill was inspired at the apex of the vampire craze. Really you could say it was a knee jerk reaction to all those glittery vampires who plodded around in superficial angst with pseudo undead problems looking for fresh human poon. Needless to say I wanted my monsters back. I created Gloryhill as a foil for all the vampire romances that was infiltrating the market back then. There was no lovey-dovey romance, instead it was a reflection of what it meant to be a monster. Turns out humans are just as good at being horrible douche-bags as supernatural blood suckers are.


Gloryhill is kind of a series? The second book The Sinister Portrait of Cherie Rose takes place in the same universe, but you don’t have to read the first book to follow along with the story. Mostly it’s good for locating some neat Easter eggs.

4Q: Please tell us about your writing journey, when did it start and what do you love about it?

VH: I started writing at a young age, which is the clichéd response, I know, but for what it’s worth it’s true. My first real story I wrote was called Mutilated and as the bio describes, it prompted a visit to the elementary school counsellor. I guess they just wanted to make sure I was alright in the head. But really… is anyone?


I didn’t start to take writing seriously until much later. It had always been a dream of mine to see a book I made on the shelf, and so when I was fresh out of university I endeavored to make that happen. I love seeing the finished product—even if it’s eternally frustrating to pick out a spelling error after publication. With every new book that comes out with my name on the cover, I see a creative growth spurt, and it’s a great feeling of accomplishment to see all my work displayed on a bookcase. Kinda like when your mom displays every school picture of your life on the front foyer stairs and you get to see the development of your awkward years—bad hair, braces, and all—to your present self. Or… maybe that’s just my mom…


VH: When I was young I drove around a lot. Especially to and from school. I was actually one of the last kids off the bus, which sucked because I never got home until like four o’clock and then I had homework and supper and yadda yadda blech! 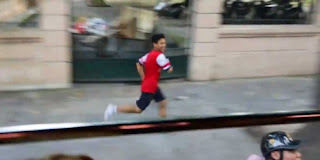 Anyway, on the long ride home I used to fantasize that a person was running alongside the bus, jumping over bushes, tight roping the powerlines. Sometimes they would be chasing other people, or being chased by monsters, and usually these characters were people from stories I had thought up in my head or read about.


How creative and weird I was, I thought! Until later on I realized that a lot of people do this. Now I figure that we’re all a little strange, so I don’t mind sharing my work with others, even if it’s a bit unconventional at times.


4Q: Most creative people have a “special spot” where they perform their magic. Tell us about yours. 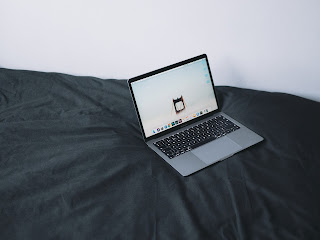 VH: The best place for me to write is in bed, where I’m not too cold and there are pillows for the taking and all my stupid, beady-eyed stuffed animals are staring at me with cold indifference. I had a desk, a real nice one in an office with notebooks and post-it notes and fancy pencils. But for me inspiration comes with comfort. Although funny enough I always have to get ready to write like I’m getting dressed for work. If I don’t have some makeup splashed on and something nice to wear then I can’t seem to commit seriously. I guess I toe the line between professionalism and a sloth.


4Q: Tell us about your latest work.


VH: My latest work is a piece of realistic fiction that I’ve been pouring over for a while. It has to do with a child murderer and it takes place in my hometown of St. George, New Brunswick. Also child murderer… so I mean a child that is also a murderer. Words are hard, even for us writers...


Anyway, it’s been really fun to write but also one of the most difficult pieces for me because there are no paranormal elements that I can fall back on like I did before. For someone who writes fantasy, it can be a tad difficult to write something believable that adheres to actual laws and societal standards, but so far I’m pretty happy with how the story has progressed. A lot of ‘me’ has actually been written into the story, which I’ve never done before. Though I am not literally in any parts of the story. I’m not a child murderer… by which I mean a child who is also… ah you get it.


An Excerpt from Alice in Horrorland


Alice’s eyes widened. In the brier, stuck through the chest with a butcher knife, was a duckling, half hatched with a hat upon his head.


“Oh my gosh!” she exclaimed, placing the lantern on the path. The brier’s thorns: large, shining butcher knives, were bloody now as they stuck the bird who was half alive.


“Let us help you,” she said, moving towards it, unsure of how she could aid him.


But the duckling coughed, looking at Alice with eyes the color of pond scum.


“I am Nobody, fear me not. Death and torment, Nobody sought. Nobody remembers, Nobody knows, Nobody’s friends with Nobody’s foes.” Blood began to leak out the duckling’s bill. Alice reached forward to touch him, to perhaps help him from the brier, but the knives resisted, growing up around the duckling, turning their blades towards her and cracking his shell till it fell away.


“Nobody dies without a friend, Nobody truly loves the end.” The duckling smiled, and Alice found herself pulled away, back into the path as the knife pierced into the duckling’s belly, killing him.


“We could have helped him.” Alice cried, watching incredulously as the Caterpillar sighed, breathing out a peal of three bells.


“Nobody can help himself. Let’s go.”

Vanessa recently had one of her short stories published in Canadian Dreadful and the anthology is "flying off the shelves". 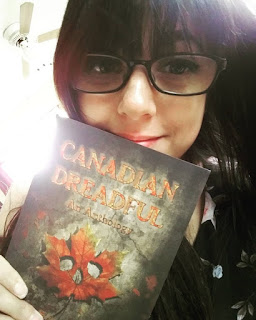 Thank you, Vanessa, for being our special guest this week. 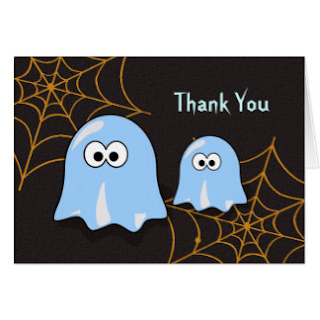 For you readers that want to discover more about Vanessa and her writing, please follow this link: 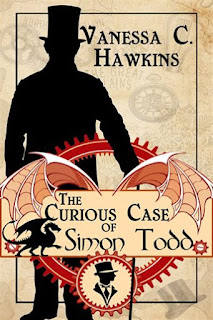 Posted by Allan Hudson at 06:40
Email ThisBlogThis!Share to TwitterShare to FacebookShare to Pinterest