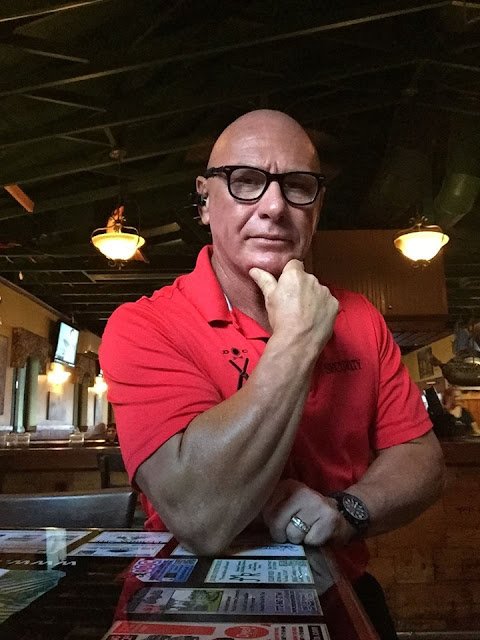 The Scribbler is pleased to have Ivan back to talk about his newest novel – Merlin Ragnarr & The Book of Lies.  Lots of excitement generated with this story. It’s a bit different from Arsenault’s early work, which you can read about by following this link to his earlier visit – HERE.

Word is that if you’re a Harry Potter fan, love the Game of Thrones series and interested in Norse mythology…you’ll love this book.

Ivan has agreed to a 4Q interview and is sharing an Excerpt from his novel.

He loves Fantasy, Cosplay & has been a Harry Potter fan for 20 years.

Ivan is a Security Consultant. He has worked in the Nightclub & Bar Security industry for 38 years and is a DI licensed Florida State Security Instructor.

Ivan is the author of 5 books -

"The Bouncer's Bible - The Art and Science of working the door",

In 1986 he invented The 'CRV Child Riding Belt' & was nominated for an Honorary Ph.D. from the University of Alberta Canada, in recognition of his creation of the CRV Riding Belt and its contribution toward the rehabilitation of paraplegic children.

In 2008 Ivan deployed to IRAQ as a Honeywell Defense Contractor to train US Army soldiers in a new Stryker Recovery System.

Ivan is an America Mensa member with a WAIS-III IQ of 144.

4Q: Congratulations of your novel Ivan. Please give us a brief intro of what we can expect when we pick up The Book of Lies. 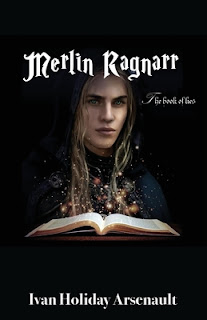 IHA: Basically, it is about a high school/junior college for Viking teenagers born with Şeiðr (Magick) Blood. On their 16th birthday, their Magick blood starts to make strange things happen. It is at this time that they are contacted by an emissary from the Şeiðrune School of Viking Sorcery and invited to attend. The hero of the series Merlin Ragnarr is a Canadian born lad with Viking blood. No big deal except - His REAL mother is the Valkyrie Þrúðr, who just happens to be the only Daughter of Thor, The God of Thunder. Our Merlin is ½ God – ½ human. who has to hide who and what he is from his fellow students, while staying out of the clutches of an Evil Viking sorcerer working for the Goddess HELA. (Loki’s daughter). He’s got the school thug Vladimir Toth who hates him, the thug’s sister Valeria Toth who has a secret crush on him. The beautiful Albino Lady Frost Blackwell who is in love with him, her Non-Albino identical twin Raven Blackwell who tolerates him. And you thought high school was tough!

4Q: I understand that you are a huge Potter fan. Is this where the inspiration came from for Merlin Ragnarr’s story?

IHA: I love JK Rowlings and her Harry Potter series. She was a true inspiration, BUT my Love of Norse Mythology, Cosplay and Dungeons & Dragons over the past 50 years is what really pushed me in the direction I’m taking now. The Last thing I want is my Merlin Ragnarr series being labeled a ‘Harry Potter Wannbe or Clone’.

4Q:  What can you tell us about Şeiðrune School of Viking Sorcery? 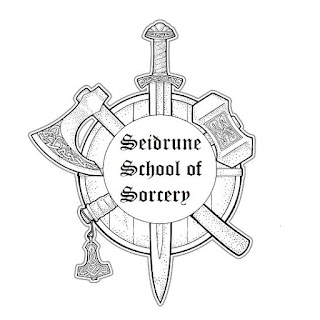 IHA: Şeiðrune School of Viking Sorcery is a large stone Fortress carved into the side of Mount Freyja, in the Asgard Mountain Range located in Antarctica. The students and instructors Şeiðr blood protects them from the extreme cold. As long as their life force (Magick energy) remains charged and strong, the most extreme weather cannot harm them. But, as their life force weakens, they become more vulnerable. The school is open from September to May. The Antarctica summer months and constant daylight. But with the aid of a separate Time Dimension & the Magick of the fortress… The Mountain receives a standard – sunny days & Dark nights which helps regulate the students sleep and rest patterns. The separate time dimension also makes the school and its inhabitants invisible to MUNDANE (Non-Magick folks) travelers and explorers. Only those with Magick abilities can see Şeiðrune Fortress. 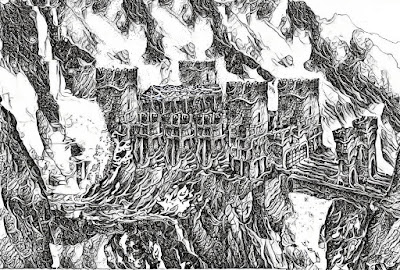 4Q: Do you envision a series of novels with Merlin Ragnarr?


IHA: Yes. The series will be 9 books. Nine is the Magick number of the Viking culture.

4Q: In your opinion, what make a story great?
IHA: I believe a great story has to have a great tale to tell. Within that tale, Characters so charismatic that their constitution controls the reader’s emotions. An ending that leave the reader happy but wanting more.

4Q: What’s next for Ivan Arsenault, the author?


IHA: My Merlin & Şeiðrune School of Viking Sorcery will keep me busy for the next 8 years. You can find me in my Slythern Cloak at Harry Potter World at Universal Studios in Orlando or in my novels at Şeiðrune Fortress in Antarctica.

The only two places I want to be. 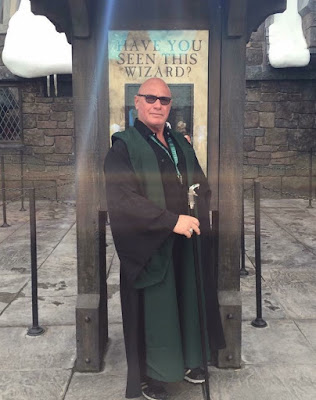 
IHA: Just want to say Thank you for the opportunity to share. 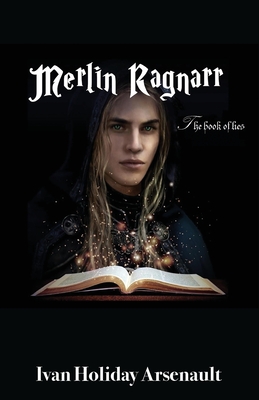 An Excerpt from Merlin Ragnarr: The Book of Lies.

(Copyright is held by the Author. Used with Permission)

After class, Merlin and the Blackwell twins met up with Angus, Mouse and Jenna Bug just outside of the Barnstokkr Lodge.

As they approached the archway, they spotted an athletically built lad sporting dark brown hair and matching eyes. He was talking to Vladimir Toth and his posse. His voice was cool and calm as he addressed the group.

“Why don’t you save this pissing contest for the dueling room?”

One of Vladimir’s friend’s spoke up.

“This has nothing to do with you, Iverson.”

Merlin noticed that Iverson’s Nomad cloak had a crest sewn on the left side, upper chest.

The word “Baldurhús’ with a Viking sword going down through the letter B”.

Iverson sized up the Helahús teen.

“I beg to differ, Sven Gaulsson. You and your boyfriends here are obviously looking for a fight.

Since I’m the number one wand duelist in Şeiðrune, I believe I have the right to first challenge.”

Vladimir Toth’s two cronies took a step back as the Baldurhús Captain tapped his index finger on the wand pocketed in his cloak.

“Sven, correct me if I’m wrong, but didn’t I kick your ass last year in this very hall at the Şeiðrune Duels. If my memory serves me right, I believe I zapped you so hard, you soiled yourself.”

Sven’s face turned blister red. “I did not!”

“Why Sven Gaulsson, are you calling me a liar?” Sven realized he’d been baited.

“I don’t want any trouble with you, Jackyl.”

“You’re not as stupid as you look, Sven.”

“What about you Marilyn Manson? Want a shot at the title?”

“I think we have a challenger here, boys and girls.” Two Helahús Nomads grabbed the overzealous Toth saving him from a clear-cut wand whopping.

“You just got saved from the most embarrassing day of your life.”

Thank you, Ivan for sharing your thoughts and the excerpt. Wishing you continued success on your writing journey. 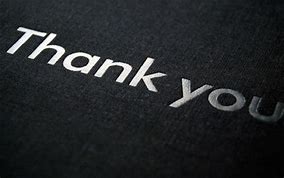 For you readers wanting to know more about Ivan and his writing, please follow these links:
https://www.amazon.com/Ivan-Holiday-Arsenault/e/B088DGNNL1?ref_=dbs_p_ebk_r00_abau_000000
Leave us a comment!