So this week, we are pleased to have Angela Wren as our guest. She has kindly agreed to a 4Q Interview and is sharing a brief extract from Montbel. 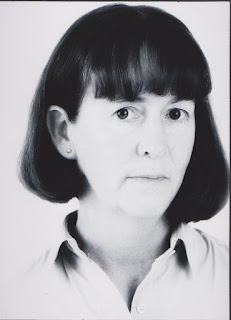 Having followed a career in Project and Business Change Management, I now work as an Actor and Director at a local theatre. I’ve been writing, in a serious way, since 2010. My work in project management has always involved drafting, so writing, in its various forms, has been a significant feature throughout my adult life.
I particularly enjoy the challenge of plotting and planning different genres of work. My short stories vary between contemporary romance, memoir, mystery and historical. I also write comic flash-fiction and have drafted two one-act plays that have been recorded for local radio. The majority of my stories are set in France where I like to spend as much time as possible each year.

4Q: We met on Susan Toy’s recommendation page and as a result I have ordered the first novel in your Detective Jacques Forêt series, Messandrierre. I was intrigued by the subject matter and look forward to reading it. Tell us about your detective. 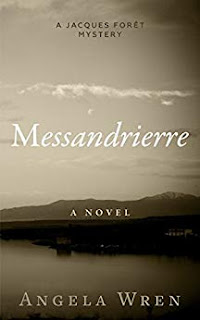 AW: Thank you and I hope you enjoy the story. Jacques is a really great guy. He began his police career in the Judiciaire (the equivalent of Scotland Yard in London) in Paris and quickly became an Inspecteur Principal (in the British police that would be the rank of Detective Inspector). But, while working on a particular case he was injured, and it took him some time to recover from the wound. It also caused him to re-assess his life and his priorities. After talking to his boss, he secured a post in the rural gendarmerie, moved to the Cévennes in south-central France and that's the location for Messandrierre.

Jacques is intelligent, he loves puzzles, and he is steely and determined. He always gets the baddies, and he does that through honest hard work and carefully following the evidence. He can be a bit of a maverick, though, if feels he needs to be and that it will deliver the desired result.

He has his flaws, too, as we all do. You'll never find him taking a lift as he always uses the stairs. He also has a grudging acceptance of computers and technology, but he recognises the usefulness of such aids. He's always very fair and honest in his dealings with the villagers in Messandrierre, and can be relied upon when one of the local farmers needs a helping hand… and the rest; I'll let you find out for yourself, Allan.

*** Since the interview was prepared by Angela and myself, I did receive Messandrierre and read it. A terrific story.

4Q: I compliment you on your cover choices. Please tell us about their development.

AW: Thanks, I absolutely love them too. My publisher, Crooked Cat, did the artwork. We had an exchange of emails about the look and feel of the covers. I was very keen that we tried to capture the loneliness and silence of that part of France. It is an upland area, and the actual village that I use as my model for my fictional village of Messandrierre sits at around a 1000m above sea-level. The landscape is pear-green in spring and jewelled by clumps of genêt; it gets parched by the scorching summer sun, the acres of trees become a rich tapestry of red, gold and brown in autumn and in winter, if the wind is from the east, the snow can come early and stay late.

Because of the geography, the towns and villages are small and sparse. The city of Mende, despite being the préfecture for the département of Lozère, only has a population of around 13,000. By comparison, Leeds in Yorkshire, is a town of equal importance and has a population of 780,000. In the books, I try to convey that smallness along with the impact of the geography on the ordinary people who live there. So, my characters have to endure the changeable, and sometimes challenging, weather. And, it was an overnight change in the weather that sparked the initial idea for the whole series of books. On September 27th, 2007 I woke up to snow and a stunningly beautiful landscape covered in a glistening white blanket. Shortly afterwards, my thoughts turned to murder and how easy it would be to hide one's misdeeds with snow.

All of this was also conveyed to my publisher through our e-discussions, and I sent them some photos too so that they could get a real feel for the area. About four months later I opened an email and saw the cover of Messandrierre for the first time, and I was bowled over with delight. I even cried… but just a bit. 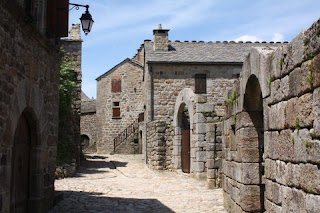 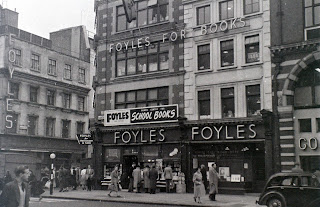 AW: I suppose one of my most enduring memories is of being taken to Foyles bookstore on Charing Cross Road in London by my Dad. I was about 4, and I was told that I could choose a book for myself. I remember being completely over-awed by the acres and acres of shelves and books. I did eventually make a selection, and that little rag book went with me everywhere for some considerable time afterwards. It was so frequently read that my Mum used to put it in the washing machine and iron it for me! Sadly, I no longer have it so, if I didn't read it to destruction, then the washing machine must have done the job instead. However, that visit to Foyles, set me on the path of becoming a collector and my house is full of shelves which in turn are full of books and I can happily spend hour after hour in bookstores.

4Q: Tells us about your favorite authors and inspirations.

AW: Wow! That's a really big question and who do I choose? I guess I have to start with the brothers Grimm, Perrault and Anderson. I loved fairy tales as a child, and I still do. I even write them occasionally. Shakespeare has to be on my list too. I've been reading, learning and reciting him since I was six years old. At one point I even decided I was going to be Shakespeare when I grew up! I'm still working on that one. At about 12/13, I discovered Agatha Christie, and then I read everything she had written including her short stories. I still re-read her books from time to time. Dickens, Wilkie Collins, D H Lawrence, Thomas Hardy, Nathaniel Hawthorne and of course, Austin and the Brontes. More modern writers that I love are Minette Walters, James Patterson, Peter James, John Grisham. Oh, I almost forgot, I'm an absolute Robert Louis Stevenson groupie. 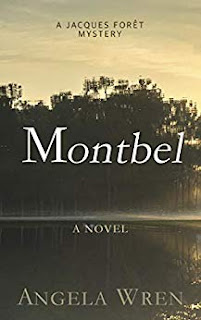 An excerpt from, Montbel, my third Jacques Forêt mystery.

…families fracture, Monsieur Forêt. No one desires it or intends it, but it happens. A harsh, unforgiving word begets a rash and revengeful action, and a sliver of ice takes hold in a dark corner of the hearts of those at odds with each other. And there it wedges itself, the frost gradually deepening and destroying. One of us has to stop the cold, as this impasse can continue no longer. I have to put things right with my son, Monsieur… 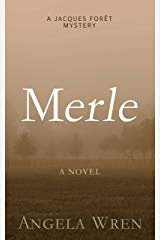 Thank you Angela for being our guest this week. I look forward to more of your stories. Happy Writing! 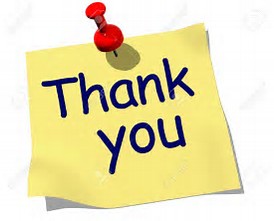 Thank you, Allan, and I hope regular readers enjoy the post.
Posted by Allan Hudson at 06:36
Email ThisBlogThis!Share to TwitterShare to FacebookShare to Pinterest