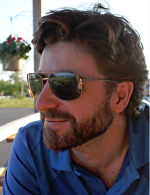 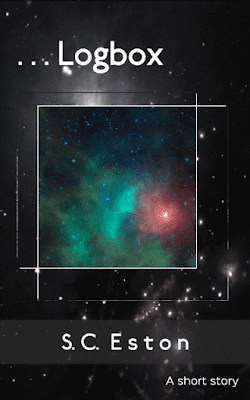 
…I was just teasing.


Anedia, just take it back.


See, Nethu. Just here. Press. Not too hard and only once. You’ll have to be careful. You have large fingers.


Devices like this one are old. You can’t find them any longer. Not even in the Low Lands. Or so I’ve heard. Too heavy. Poor sound quality. But they work well. The design is good. Simple, you know. Easy to fix and replicate. I saw it for the first time in one of the Twelve Museums of Old. Yes, I fixed that one too.


So…so while we’re here, it will have to do.


But you should keep it. It is yours.


No, it’s yours. Really is. You need a distraction.


Okay, just to be safe, keep it close to your mouth, just so, see? When you talk, I mean. Talk into it and it will record everything you say.


And when you are done, just another button. Right here…


This thing…the recording diary I am holding, the one you are listening to. It was a gift.


I don’t know why Anedia gave it away.


She was so excited I couldn’t say no. I didn’t want it. I still don’t. Don’t want to use it either.


Anedia, she deserved to keep it. It took her so long to salvage all the parts and even longer to put it together and get it working. Since she came, she has been working on this.


How long has it been since she arrived?


Anedia would know. She keeps track of time. Three years? Maybe four? It feels like she arrived yesterday. The days before she came are hazy, all the same, as of another time.


She found the casing at the entrance of shaft B41. It was tipped on its side, half covered in the dirt, for anyone to find. But no one did. No one was looking for it, except Anedia.


The instant she found it, she knew what it was.


“Do you know what this little treasure is?” she asked me.


I had no idea. I didn’t care. Seriously, at that time on that day, I didn’t even want to talk to her. I found her zest as annoying as anything could be. I didn’t get it. The only thing worse was her crystalline voice. I remember thinking: She is new. Like the rest of us, she will simmer, deteriorate, and die inside.


I didn’t think they would, but what did I know? Not much, it seems. 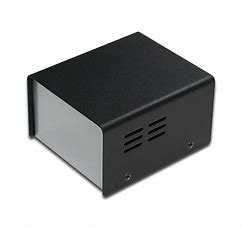 She was dedicated to it. It was her project. Every moment she had, she worked on the metallic black box, adding to it, testing it, connecting wires, tightening screws. After and before the daily work shift, during lunch, forfeiting food sometimes, before going to sleep, before all of us were awake. Even in the tunnels she had it on her, attached to her suit belt. She was always on alert for that missing piece, that component that would bring her one step closer to making it work.


Maybe this gadget is what keeps her going. Keeps her smiling. Anedia, she has it hard. Most women do, but she is younger than most.


What will she do now? Start another project?


It is a strange thing. I didn’t want to befriend her. I don’t know how it happened.


And now I have this box.


I used to be a salvager from the clans of the Red Streets, on the western fringe of the Low Lands, along the Black Metallic Sea.


I’m starting with my origins, but I doubt this box will ever be found. In the unlikely event it is, I doubt whoever hears this will have heard of the Red Streets.


Let me be honest. I killed.


Many a time and a time too many.


I…survived, one could say, but I feel no pride in mouthing it out loud.


My home was located in the remnants of an old brick building, a place of grandeur. Or it would have been, if its construction were completed, giving it the shape it was meant to have. The creator had vision, I’ll give him that. It should have been a tall tower, hundreds of floors, challenging even the Pillars in stature. Not really, but you see what I mean.


In reality, it was only the shadow of something notable.


The building was abandoned for unknown reasons. Not that anyone had time to care. My parents chose the place because it offered shelter and some measure of security. About this, they were right. It had ten solid floors, the top of which didn’t have a roof. Many walls were in shambles. An easy spot to defend, easy to disappear into.


There were six in my family, and I was the youngest. Our parents were taken when I was twelve. My mother was the glue holding us together. Shortly after the taking, my two brothers left, swearing not to meet the same fate. That left Unie and me behind.


Unie, sister dear, how I miss you.


I had not expected the feeling to be that strong. It’s an exposed gash that will just not heal.


Unie, she was the toughest. She taught me everything. How to navigate the Black Metallic Sea to hunt for salvage, how to steal and trade for food and clothes and sometimes even lodging when we would leave on a recovery trip for weeks on end. She showed me how to network and build ties with the other clans, how to choose alliances. She knew how to read the clouds, predict storms and the next arrivals. It was a special gift. She would look at the sky and see what no one could and predict the drop zone. Maybe she heard it on the wind. That is what she liked to say. She said a great many things. Most of which I don’t remember.


“Do not be blind,” she used to murmur in my ear while we waited for the next drop, hidden behind an old crushed bed, or the broken panel of a walk-way, or any other unusable debris. “This place is just a pit, a large pit of trash. Everything here thrown away by those above.”


I never believed her when she talked about the Black Metallic Sea that way. For me, the place was a realm of treasures. I loved that part of my life. The only part I have fond memories of. From the Red Streets, it’s not possible to glimpse the Floating City. I used to dream of it as drifting on clouds, some kind of paradise, a place where I would one day travel.


Now, I know Unie was right.


Our destiny was inevitable.


Unie was taken when I was sixteen. I was taken at twenty-four. After Unie left, I tried hard to forge better alliances, to find people I could trust. It worked for a while.


But the day came when I was betrayed. Same as my parents, same as my sister.


It always ends this way in the Red Streets. It is a hard life, without surprises, without unknowns. That is why my brothers tried to escape. They knew how it would end for our family. They didn’t make it as far as I did. But who can blame them for trying?


Although nobody knew where those taken went, some facts existed. When the Legion came, it always had an exact number of troopers, one perfect hundred of them, dressed in metal armour, with rifles, not afraid to use them. Most often, they wanted twenty of us. It didn’t matter too much which twenty. Experience taught us that the sooner we provided them with the required quota, the sooner they would leave. Meaning fewer casualties.


So, alliances. It always came back to alliances. They chose who would be sacrificed away.


Like I said, I killed one too many. I don’t remember who, or why, or for what. But for it I was ensnared and bound and put with a group of thirty in the mud of the plaza.


Thirty, because that gave the Legion enough to choose from, in case they didn’t approve of some.


But that time, luck was not with me, with none of us. The Legion took all thirty.


There is only one more memory I’d like to share about that part of my life, and it is the glimpse I stole of the Floating City. Or Prominence, as Anedia calls it.


I will never forget the view. It was from a lift. An elevator going up. I could tell because of the clouds, receding below. We were all piled up, one on top of the other, bound, incapable of moving. I was not supposed to awaken.


It stood on the horizon, on a plateau, so vast in scale as to be almost infinite. It was a sight to numb the mind. There were millions of lights, shining, mostly white but of all colors. The city took the shape of a series of towers, some tall, some short, some fat, some thin. I could easily imagine them being made completely of some shiny metal, or even glass, or maybe both. Below and all around, were clouds. Mostly those large puffy ones. It seemed like they were hugging the city. And while I was entranced with the view, a part of my mind could not forget that somewhere farther down, one would find the Low Lands.


I looked as long as I could, stretching my neck until it hurt. It took only minutes before I was discovered.


The next thing I remember is this cell. 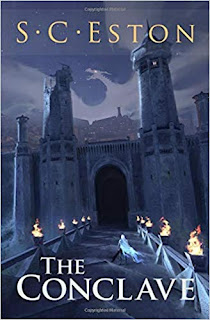 Posted by Allan Hudson at 08:19
Email ThisBlogThis!Share to TwitterShare to FacebookShare to Pinterest