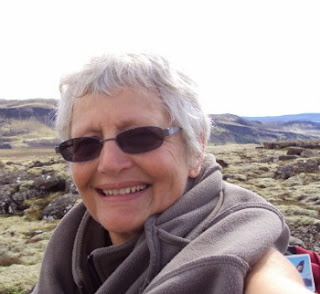 Today is the first of an eight part series devoted to authors from New Brunswick, Canada. Lots of talent and wonderful stories.


Afiena Kamminga was born and raised in the Netherlands. She came to Canada in 1975 and moved from Ontario to New Brunswick a few years later. She studied Law (Amsterdam), Journalism (London, ON) and Anthropology (Fredericton, NB). Afiena and her husband moved out of town to live on a small farm east of Nackawic raising Scottish Highland Cattle and Welsh Cob horses before retiring to the town of Sackville, NB, where she now spends much of her time writing novels. She is presently working on a sequel to her historical novel, The Sun Road (2014). 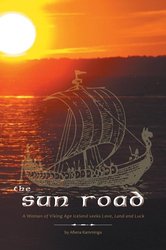 Afiena is currently working on another work of fiction titled The Storks are Back, a historical novel for readers age 8-13 set in Denmark in WW II during the nazi occupation; please find posted below a few sample pages from this novel


Sample pages from The Storks are Back


Mother passed out sandwiches made with Jesper’s favorite Esrom cheese. She told them to savour every bite and save half of their sandwich supply for later.


“This is to be our dinner as well. We’ll have to conserve food if we don’t want to run out in the next few days.”


They had been traveling for nearly a day, leaving Boegested’s railway station early yesterday morning and waiting out the night in the ferry harbour of Korsoer hoping for passage to the island of Fyn, next stop in the journey to Jutland.


Last time they journeyed this far to visit Uncle Holger and Aunt Magda, it had taken six hours by train and sea ferry, one of the longest journeys a person could take within the kingdom of Denmark, under normal circumstances. 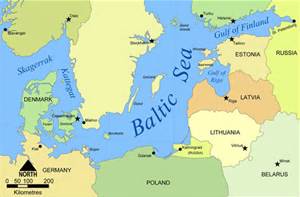 This time it looked as if they would be traveling much longer. Ferry services were no longer on schedule. Many of the ferry vessels were commandeered to transport German civilians fleeing across the Baltic Sea from the Russian armies advancing on the eastern front. Jesper and his family waited among other Danish travelers at the dock, hoping the next ferry would be taking on regular passengers across the sea strait named Store Belt, to the next island.


A ship had just docked, and she would, the rumour went, take on Danish travelers after unloading her cargo of refugees.


They waited while the ferry crew put the water hoses to the ship, caked with filth from her overcrowded load of refugees, many of them seasick. Jesper, with Snap in the rucksack on his back, walked to the railhead for a closer look at the refugees now being loaded into freight trains. Nearly all of them were women, children and old men. Many could only walk with others supporting them and some needed to be carried. They were a dirty, ragged bunch of exhausted looking people, half of them wearing blood-soaked bandages. Jesper felt uneasy looking at their eyes in the worn faces, eyes staring ahead without seeming to see anything. The stench from the ship was overwhelming no matter how well and how long the ferry crew scrubbed and washed down the decks.


In a hurry Jesper returned to his mother and sister just when the gangway came down at last. He grabbed his tote bag and joined the surge of people determined to board this ferry if it was the last thing they did in life. Right away, Jesper was separated from the others. The throng of people with packs and suitcases lifted him up and literally carried him aboard. Jesper tried not to panic. There was no way to get back on his feet if he were to stumble and fall -- a boy his size wouldn’t be noticed in the stampede and he would be trampled.


Someone grabbed him around the waist, lifted him up and place him astride a huge suitcase. A tall burly man had come to his rescue. Jesper rode on the suitcase up the gangway and the first set of stairs, all the way to the end of the upper deck before the man lowered him down on this feet. Jesper shook the huge hand offered to him, thanking his rescuer profusely.


”Alright son,” the man grinned. “Scrawny little lad like you ought to eat more fish. Herring for breakfast and eel for dinner; that’s what got me up to good size. Try it.”


He turned and went back down the stairs, towering over anyone who came up; most people stepped asie to let this man pass. Jesper grimaced to himself; he wasn’t likely ever to grow as large as this man who had been his guardian angel. Then again, he could try -- there would be lots of fresh fish to eat in their new home not far from the North Sea.


No matter how hard and how long he searched the ship for his mother and sister, Jesper caught no sight of them during the strait crossing. He went from the upper to the lower deck and back up again, squeezing between the densely packed people; at last, shortly before docking, he found them hunkered down beneath one of the life boats. His mother, close to crying, embraced him.


“Inger went out twice to look for you. We worried ourselves sick thinking you must be left behind on the dock. What happened?”


Jesper told them about the big man who rescued him.


“Uhm, where we’re going, could we eat fish every day you think?


Inger threw him a look.


“Eat whatever you like,” she said. “Just don’t expect to tuck into my marinated herring for breakfast.”


The troublesome ferry ride turned out to be merely the first hurdle to face on this journey. There followed three more days of hazardous traveling before they arrived in their new home. The railways in Fyn and Jutland were busy transporting newly arrived German refugees in freight trains, which crowded most other trains off the railways. Few passenger trains made it through and those trains who did get assigned a space on the rails accepted regular passengers only piecemeal, one short stretch of railway after another. Any train permitted to leave filled up in record time with Danish civilians as well as German soldiers loaded with backpacks, spades, helmets and rifles. Jesper and his mother and sister squeezed on board of one train after another with long delays between each leg of the journey. If they were lucky enough to find vacant seats, they needed to clear away shards of broken glass before daring to sit down; the soldiers squeezing by others in the aisles, kept punching out train windows with their heavy gear. 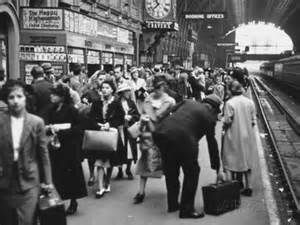 Finally they boarded a train which, supposedly, would bring them all the way to their destination -- if it managed to keep to schedule. The train crawled away from the platform and speeded up briefly, only to come to an abrupt halt in a stretch of wide-open farmland. Frightened passengers scanned the clear blue sky for Allied war planes about to strafe the train; a collective sigh of relief rippled through the train when a message traveled down the line explaining the hold up. The railway ahead has been blown up by saboteurs.


Inger snorted, “Blown up by freedom fighters, they mean.”


Mother pointed to some distant farms, red-roofed beacons sheltered from wind by belts of tall trees.


“Come on, let’s get moving,” she urged. “We’ll need a place for the night and we want to be ahead of the crowd.”

Thank you Afiena for sharing an excerpt from your latest work.You can discover more about Afiena by visiting her WFNB membership page. Click here


Join the Scribbler on Friday and read one of Pierre Robichaud's short stories. Pierre is from Moncton, New Brunswick.

Posted by Allan Hudson at 08:21
Email ThisBlogThis!Share to TwitterShare to FacebookShare to Pinterest