Janice Spina is an award-winning author with nine children's books, Louey the Lazy Elephant, Ricky the Rambunctious Raccoon, Jerry the Crabby Crayfish, Lamby the Lonely Lamb, Jesse the Precocious Polar Bear, Broose the Moose on the Loose, Davey & Derek Junior Detectives, Book 1 and 2, Sebastian Meets Marvin the Monkey, copy editor and writer of novels and poetry. Hunting Mariah is her first novel to be published under J.E. Spina. A new novel, paranormal/mystery/romance coming soon, How Far Is Heaven.


She is working on two more children's books and books 3 & 4 of Davey & Derek Junior Detectives Series for publication.  Janice will eventually publish these books over this year and next.


Her logo is Jemsbooks - books for all ages! Her motto is - Reading Gives You Wings to Fly!


Janice's hobbies besides writing are crocheting, exercising to keep in shape, going to the movies with her husband or out to lunch or dinner (reason for all the exercise), reading, book reviewing, blogging, traveling, and spending time with her five grandchildren.


Janice can be followed on her blog: http://jemsbooks.com


EXCERPT FROM HOW FAR IS HEAVEN 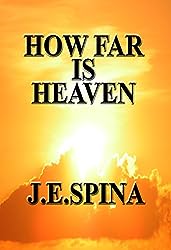 “Move the body now and take me back to my hotel room. I don’t care what you do with him. Just make sure he disappears forever. You know who to call. He will know what to do.”
“Okay Boss. Is the pit okay?” The driver of the limo, Ned, looked up at his boss in the car’s mirror waiting for an answer.
The boss just looked at him but didn’t answer and added, “Did Buzz call back yet with the reports I requested?” The boss, a very distinguished older man in the back seat of the limo, asked his driver, irritation evident in his voice, while he completely ignored the question that his driver had just asked him.
“Um, well, no I haven’t heard back from him. Do you want me to call him for ya, Boss?” Ned’s voice audibly betrayed his fear of this man for whom he worked. He had seen Boss in action and knew what he was capable of. Boss had dismissed other drivers for minor infractions and they were never seen or heard from again. He knew he had to watch his back or he would end up like the others, gone forever.
“No, but I want to hear as soon as he does call. I gave him a job to do. Now take me to my hotel.”
“Yes sir, Boss, right away,” Ned was relieved that his boss’ anger was directed elsewhere. He only hoped Buzz would call or the boss would become more ornery until he did. 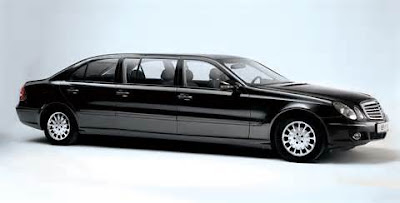 As they arrived at the hotel the boss turned to Ned before getting out of the limo and instructed him in a stern voice, “The packages I gave you must be delivered to the drop off today. I want you to get them there as quickly as possible. Do you understand, Ned, or do I have to spell it out for you?”
“No sir, Boss. I’ll do exactly as you say. I’ll get the packages there for you by FedEx ok? I’ll make sure they go out today. Is that ok? Boss?” Ned was never given his boss’ name, just told to call him Boss. Ned never asked why because those who did…well, they just disappeared.
Ned was getting more nervous by the minute and just wanted to do these two jobs and then go home and drink himself to sleep as he usually did. Ned hoped that Buzz would hold up his end of this job and not screw up. If he didn’t it could be the death of both of them. Ned just couldn’t understand why Buzz hadn’t called back by now. What was taking him so long?
He knew why Boss kept Buzz on the payroll, he was the boss’ cousin’s son. Boss knew Buzz was a loser but thought if he taught him the ropes he would come around to his way of thinking and doing things. Ned didn’t think so. He had covered once before for Buzz but got no thanks from him for doing that. Ned decided to cut ties with him and let him hang himself this time.
*** 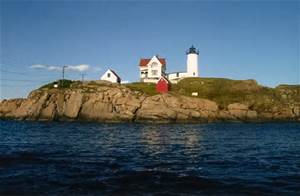 Back in Maine Buzz was driving around Leah Mills to do his boss’ bidding. He had been requested to check out the JemsWorld store and see what he could find out about its location and how profitable it was. The boss had designs on it and wanted to know square footage and accessibility to highways and airports.
Buzz walked through the store taking notes and asked to speak with the manager.
“Yes, sir I am one of the managers. How may I help you?”
“I am from the Department of Sanitation and want to see your warehouse.” Buzz quickly flashed a badge he had made for the occasion and put it away before the man could take a closer look at it.
“Is there a problem?”
“Well, not yet but after I take a look at it I will let you know.” He smiled as the manager readily agreed to take him on a tour. Buzz could see the fear in this man’s eyes and this fact only made Buzz feel more powerful and in control.
***
The movement of the vehicle woke him. He tried to sit up but found he couldn’t move in the confining space. His hands and feet were fastened with plastic ties which rubbed painfully against his skin. He looked up and around him but it was too dark to see anything. His head throbbed and he felt as if he was going to be sick. He tried to clear his head to remember what had gotten him into this predicament. He suddenly remembered and said a silent prayer.
The vehicle came to a stop. He could hear footsteps coming closer then stopping at the back of the car. The trunk was opened and a large figure loomed over the man. The night sky was dark but the full moon was bright and the man had to blink in order to make out a tall and wide silhouette leaning over him. He tried to fight and was rewarded with a punch to the face knocking him out again. The man’s last thoughts were of his family and his prayer for God to watch over them.
The body was heavy but the man was strong and he hefted the body over his shoulder and headed for the pit. All he had to do was throw the body into the pit but the boss told him to shoot first and then dump the body and cover with enough dirt until the cement was scheduled to be poured the next day. 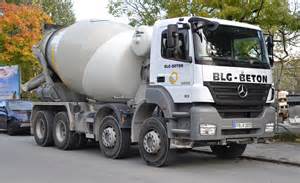 Thank you Janice for sharing an excerpt from your newest novel.

Next week on the Scribbler, come visit Peru with me. Land of the Inca. A history of stolen gold and Spanish Raiders.
The names of the winners of two copies of Dark Side of a Promise will be announced.
Posted by Allan Hudson at 05:50
Email ThisBlogThis!Share to TwitterShare to FacebookShare to Pinterest