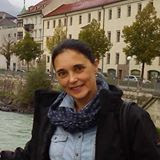 Marcia Cristina Martins Weber was born in Petropolis, Brazil in 1964. She graduated in physiotherapy by Catholic University of Petropolis. In 1983 participated in the Anthology "Our Poets II" with the poem "If I could" and in 1986 in the anthology "Brazilian Poets" with the poem “On any given day.” In 2005 she moved to Germany and wrote her first novel, "Perfect Match". Her links are listed below. 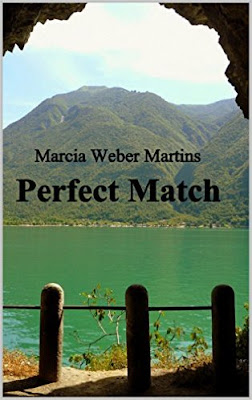 Following is an excerpt from her novel.

Copyright is held by the author. Used by permission

Mary regained consciousness and opened her eyes, but the blindfold kept her in the dark. Her parched mouth made impossible to swallow and the gag hurt the side of her mouth. Every muscle of her body protesting from being in the same position for a long time, she moved to a more comfortable position, which proved to be difficult, with her hands tied behind her back and her ankles tied together.


Dizziness clouded her mind. She didn’t remember what had happened to her. Her heart started beating fast and loud against her ribs and her breath became irregular.


Mary Walker, you are in big trouble but it isn’t time to panic! Breathe, Mary, deep and slowly, she ordered herself. Again, breathe.


She took several long and deep breaths, in an attempt to calm down her heart. She was quite sure that if it continued to pound in that crazy rhythm it would break her ribs. It slowed down and she concentrated on the recent events. Where I was and what happened? A noise startled her and her heart started to gallop again. She listened carefully in an effort to identify it. A door was open. She would say it was very close to her, and heavy footsteps came in her direction. Her body stiffened and cold sweat rolled down her face.


She shivered as strong hands grabbed her arm to help her sit, and took off the gag. He, she supposed it was a man, gave her water. The cold liquid was a relief for her dry mouth. The relief didn’t last long, the gag covered her mouth again and she was left alone in the darkness.


Bit by bit she put together what she had done the day or hours before, she didn’t know. 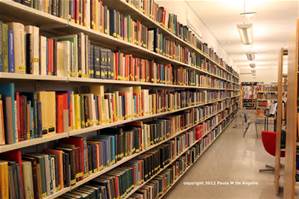 I was at the library. I was late but have to stop to buy dinner. Yes, a man asked for directions and the other man had a gun. And then it went dark. Questions started to pop up. How long I was unconscious? Where am I? And she realized that whoever had done it might know that she hated to be in the dark, that not having anything to do was enough to drive her crazy.


She supposed it was hours later, she heard the door open and footsteps coming in her direction again. It wasn’t the same person, this one had light footsteps. It was incredible how sharp she could hear with her vision blocked.


He took off the gag and the blindfold, and the rope from around her wrists and ankles. The room was poorly lit; the light came from a single lamp dropping from the ceiling. Still Mary blinked several times for her eyes to get used to it.


She slowly flexed her muscles. Every inch of her body ached. He let her go to the toilet and gave her something to eat and to drink. Her annoyance increased. 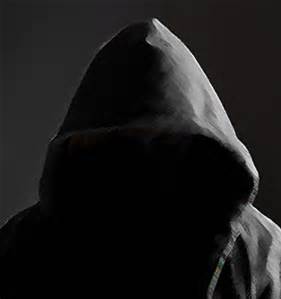 If he uses a hood to hide his face why do I have to be blindfolded all the time?  she thought. She didn’t dare to ask anything, his hoarse voice and aggressive tone told her not to. She did what she was told. While she ate, she looked at where she was. It was a small room, with one window painted black not letting the day light in. She couldn’t know if it was day or night. The place had seen better days. It was dirty; a dick layer of dust covered the floor and the walls, except one that was made of wood and was new. The place was stuffy and smelled moldy. Mary felt bad, the smell was nauseating and the tiny room was claustrophobic.


There were two doors, one that led to the lavatory and one that meant her freedom. She stared at them. You don’t have any chance to escape from here even if you weren’t tied up, she concluded sadly.


This ritual was repeated three times a day by two different men. The rest of the time she was alone with her thoughts. She forced herself to believe that soon she would be out of the dark and claustrophobic room. To keep her strength she had to believe that soon she would be with her family again. Sometimes the fear and the agony were stronger and negative thoughts assaulted her mind, but she made herself ban them away. She forced herself to eat although she wasn’t hungry and the food’s taste was dubious. She needed to keep strong.


She had lost track of the time completely, but she supposed it was the third day she was there. The man with the hoarse voice came with a telephone and a sheet of paper. He dialed a number and waited. Mary was sure that he had called her family. Her pulse went crazy; a mix of emotions invaded her heart. Determined to make her family believe that despite everything she was alright, she held back tears. After a few rings someone answered. The man held the sheet of paper in front of her and ordered her to say exactly what was written, not a word more.


It was enough to hear Mark’s voice for her fragile control to slip. Tears streamed down her face blinding her. 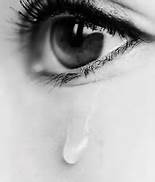 She brushed the tears with the back of her hand and looked at the words. But the words that came out of her mouth were not the words that were written. Furious, the man slapped her face twice.


Mark heard her low cry and his pulse began to pulse erratically.


“Mary, what is going on? Are you hurt?” Mark shouted desperately.


After three long days of agony and uncertainty it was a relief for Mark, for George and for her parents, to hear Mary’s voice. She was shaken but alive. But her low cry and the abrupt end of the call brought the fear back and gnawed at their confidence. What had happened to her? The question hung in the air. Afraid to say out loud what they feared, they preferred to keep their thoughts and worries to themselves.  No one wanted to talk about Mary.


He came in and watched her in her sleep for a while. He kneeled beside her and pulled her to a sitting position. She woke up frightened and didn’t scream because she was gagged.


Amused by her scared face, he brushed his fingertips over her face and smoothed her disheveled hair, straightening it a little. A jolt of panic ran through Mary. She turned her head from side to side in an attempt to avoid the hand that was touching her. He put one hand behind her neck, immobilizing her. Immediately her stomach tightened anticipating the outcome. He kissed her cheek, and with his free hand pulled the gag and kissed her lips gently.


I know this scent, this way to kiss and touch. It’s the way it
used to be. No, please God, don’t let be him, she begged in
silence as recognition and shock raced through her. She
would like to forget every minute she had spent with him, but
the memories were there, the good and the bad ones.


Thank you Marcia for sharing a portion of your exciting novel. I definitely want to read more.


Find out more about Marcia and her writing by visiting the links below.

Feel free to leave a comment below. Would love to know what's on your mind.

Posted by Allan Hudson at 07:50
Email ThisBlogThis!Share to TwitterShare to FacebookShare to Pinterest