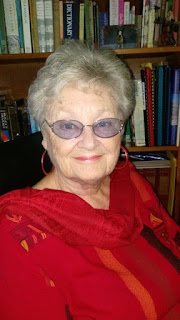 Born in North Yorkshire, Lesley Wilson was inspired to write stories at an early age. She turned her father’s garage into a theatre and produced juvenile dramas. Local kids who watched her shows were expected to donate a penny to the RSPCA. In her early teens, Lesley joined a theatre company and took part in many productions.


On a train journey to Italy in 1957, Lesley met a young man. A whirlwind courtship followed before he joined the British Army. Fifteen months and hundreds of letters later, Lesley, aged seventeen, boarded a troop ship bound for , where she married the love of her life.


Lesley’s careers have included fashion modeling, market research and running her own business but writing has always been her true passion. She completed a course in Journalism with the London School of Writing, and was also an active member of a writers’ group for several years.


She now lives with her husband in North Queensland, and enjoys frequent visits from her two teenage grandchildren. When Lesley isn’t writing, she loves to read, entertain friends, and travel. 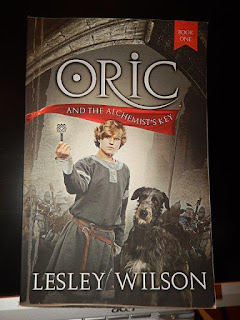 Oric and the Alchemist’s Key, published in 2015, is the first book in a medieval trilogy for young adults and young at heart readers. Book two, Oric and the Lockton Castle Mystery, was published in March 2017. Book Three Oric and the Web of Evil will be published during 2018

Several years ago I constructed a fabric figure on a wire armature. I dressed him in a long, purple tunic, flowing silver cloak, and perched a scholar’s cap upon his head. A cloud of wispy white hair and beard added character to his charm.  With his gnarled fingers wrapped around a book of herbal recipes, he looks every inch the medieval apothecary. I fell in love with the little man, and named him Ichtheus. He was the catalyst that began the Oric Trilogy.  Over the following few years I wrote Oric and the Alchemist’s Key, which is now published. A sequel Oric and the Lockton Castle Mystery was published in March 2017. Book three, Oric and the Web of Evil will be published during 2018 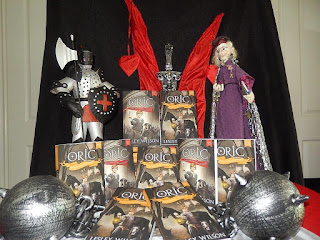 I grew up in the backwoods of Yorkshire. Vast acres of heather and gorse-clad moors, where I cycled and hiked in winter and summer, were my back yard. Many medieval towns and villages exist to this day, all of which provided me with a wonderful backdrop on which to base my stories. 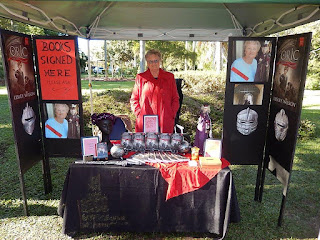 Excerpt from Oric and the Alchemist’s Key


Outside Nathaniel’s cottage, the cold air struck Oric and Ichtheus like a body blow. An icy moon sailed in an ocean of night sky, towing silver clouds in its wake. In a hurry to get back to Bayersby Manor and his warm bed, Ichtheus set a brisk pace.


Oric followed with the dog.


The only member of the trio not staggering was Parzifal.


“What ails you, boy?” Ichtheus slurred. “You will have me fall upon my backside if you continue to run into me like that. Pish! Can you not hold your liquor?”


Oric gave a hiccupping titter. “‘Tis not my fault, Master Ichtheus, ‘tis you that has over imbibed, not I!”


They soldiered on, tripping over each other until St Griswald’s Church loomed into sight. Nathaniel’s talk of witches and ghosts overrode Oric’s good sense, and he hung back. He had guts aplenty for everyday things, but ghosts were another matter altogether.


“What a great booby you are,” chafed Ichtheus, cuffing Oric’s ears affectionately. “Come, we shall sing a song to cheer ourselves.” Without further ado, he launched into his favourite hymn.


Oric joined in half-heartedly. Neither of them had an ear for music, and the noise they made set Parzifal to howling. 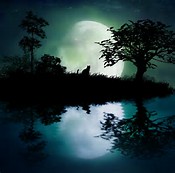 Moonlight cast long shadows, creating a black and silver scene. Trees took on sinister shapes, and a sudden breeze made an old yew tree creak. The owl hooted from his perch in the bell-tower, causing Oric’s neck hairs to stand on end.


An urge to relieve himself overtook Ichtheus. While he fumbled with all his extra clothing, Oric and Parzifal sloped off around a bend in the pathway.  Ichtheus was in full-stream when the pair reappeared, running as if chased by demons. Oric crashed into his master, and bowled him over. Unable to turn off his tap in time, Ichtheus pissed copiously into one of his boots.


“Damn your eyes, boy!” Ichtheus staggered to his feet, “What in heaven’s name are you about?” He shook his foot. “You blithering fool … look what you have caused me to do.” He set his wet boot on the ground, and was disgusted to hear it squelch.


Oric’s voice rose from hoarse whispers to high squeaks of sheer terror. He grabbed Ichtheus by the arms. “Master!  Master! I saw it. Her! The thing!”


“What thing, boy? What THING?” Ichtheus shouted and shook Oric as if he were a rag doll.


“The witch! You remember! The one we talked about with Nathaniel. That old hag that was burned! I saw her around the corner,” Oric pointed a shaking finger. “She is there, I tell you. All of a quiver and a dither, she smiled and beckoned to me.”


“What rubbish, boy!” Filled with nettle wine, mead, and bravado, Ichtheus strode down the path to investigate.


Parzifal loped alongside, rumbling with growls. Feeling less brave by the minute, Ichtheus rounded the bole of a giant oak-tree.


“Oh, my sainted aunt!” he gasped, his bravado deflated like a pig’s bladder pricked by a dagger. He seized Parzifal’s collar and huddled into the oak’s dark shadow. Summoning every ounce of his courage, he took another peek around the tree trunk.


Not more than twenty strides away an old woman sat upon a rickety cart. She dithered and beckoned, just as Oric had described. Something was in the trees, too. Pallid, disembodied faces floated about as if imbued with a life of their own. 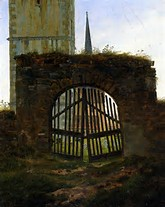 Prickled from head to foot with gooseflesh, Ichtheus lost his nerve. He turned and fled on liquid legs towards the churchyard gate. Parzifal chased after his master. Now horribly sober, Ichtheus stopped at the gate to make sure the apparitions did not follow. He tried to catch his breath and slow his racing heart. It would never do to let Oric see him in this state. Oh, dear, no! The lad would never allow him to live it down.


Oric was hiding in a ditch.


“Get out of there, boy! There is nothing to be afraid of,” Ichtheus bluffed in his boldest voice. “The ghost you saw is naught but a trick of the moonlight. However, to spare you further distress, we shall traverse the churchyard’s outer wall instead of cutting across the middle.”


The sight of his master’s rigid face stilled Oric’s tongue, but he did not believe a word Ichtheus said.


They galloped around the churchyard’s perimeter. Only when they had gained the cover of the overgrown footpath did they slow their pace. Not a word passed between them until they arrived back at Bayersby Manor.


Ichtheus removed his boots and dropped thankfully onto his truckle bed, but he took a long time to fall asleep.

Mirth was not something the Horzefell family indulged in very often, but at this moment Rastus and Hersica were shaking with unrestrained glee.


“Did you see the silly old fool?” Hersica screeched. “And did you ever hear such a racket? Trying to sing … hah! They sounded like tomcats from hell.” Tears ran down her lined cheeks and made tracks in the dirt. “I scared the apothecary witless, beckoning to him from yon barrow, like as not he lost control of his bowels with fright!”


Rastus clutched his aching sides. “I doubt we shall see that pair here again. You did a grand job,” he praised Ned and Joe, who were equally doubled up with laughter. “Am I not a crafty beggar, coming up with such a clever idea? Holding those oil lamps under your chins when you were up the trees was a stroke of genius.” Rastus erupted with more horrible squeaks and wheezes as he visualised the urchins’ distorted faces. From a distance they had looked like disembodied ghouls as they climbed from branch to branch. Just for the fun of it, Rastus had grabbed a lamp and joined in.


The church door banged, making everyone jump. Figg had returned.


“What is the cause of your hilarity?” In a foul temper, Figg’s icy voice sliced through the crypt.


Flushed with success, Rastus related how he had rid the churchyard of the apothecary and his apprentice.


“You imbecile,” Figg shrieked. “You had those pests within your grasp and you let them go free?” Almost beside himself with rage, he held up his thumb and forefinger a hairsbreadth apart. “And you think it funny that we came this close to discovery?”


The inhabitants of the crypt cowered under the intensity of the moneylender’s abuse.


Figg took a deep, steadying breath. “However, circumstance may favour us for once. If the local folk are convinced this place is haunted, they will keep away. But I am not so sure about the apothecary. He is no fool.” Figg withered Rastus with a terrible look. “If you miss another chance to kill him, I shall not be responsible for my actions.” His eyes glittered like shards of ice, “And next time the opportunity arises, seize the apothecary’s apprentice and bring him to me …  alive.”

Next morning Oric tried to assemble his thoughts, but he could make no sense of the things he had witnessed the night before. Surely he had imagined the ghostly old crone in the graveyard. Nevertheless, he was in no hurry to return to St Griswald’s, and he hoped his master would forget the whole sorry incident.


Ichtheus crawled from his bed. Sober, and in the cold light of day, his intellect told him there was more to the strange goings on at the old church  than met the eye. 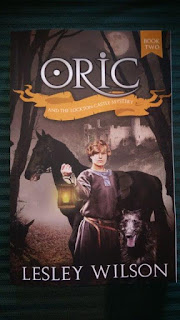 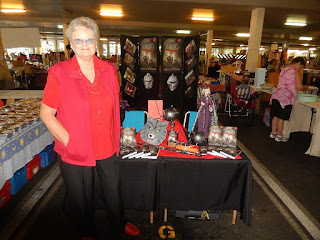 A huge Thank You to YOU for visiting the Scribbler. Please feel free to leave a comment below. Posted by Allan Hudson at 07:02
Email ThisBlogThis!Share to TwitterShare to FacebookShare to Pinterest