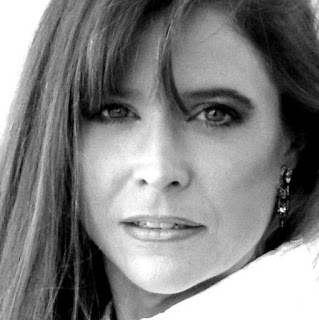 
The Scribbler is most fortunate to have JA as our special guest this week. Read on for an intriguing interview and an excerpt of her latest work.

J.A. DENNAM, an award winning author and RWA member, resides in a small Kansas town with her husband and children. Creativity is her strong suit and she has nurtured a career as a painter of western art and also enjoys dabbling with graphic arts.


Storytelling, however, has been a part of her life since childhood. At six years of age, insomnia forced her to endure many long, sleepless nights staring at the ceiling. After confessing her problem to her older sister, the two of them decided to tell each other stories to entice sleep; however, the inevitable snore always tore through her sister’s nose before she could utter the words Once Upon A Time. So the stories began to flow in silence, her imagination taking her to quiet, private places so enthralling, the sudden trick was to stay awake.

Those habits carried on to adulthood until the need to purge her stories demanded she put them in print. Her fascination with romance, fast cars and adventure films is what structures her novels today.

4Q: When I discovered your author page, I was most impressed with the description of your writing which I’ve copied and used above in the opening sentence. What inspires you to write your novels?

JAD: My inspiration comes from everyday people and their stories, which my imagination automatically takes to the extreme. I see possibilities in the mundane act of standing in line at the grocery store. Who does she meet? What kind of “prize” is in that box of Cracker Jacks she’s about to purchase? Will she make it out of the store before a hot detective arrests her for unwittingly exchanging specially marked bills? I’m also a huge movie buff. I guess I’m always “watching” my scenes as I’m writing them which helps with action and flow.

4Q: Tell us about your newest novel and the excerpt below. 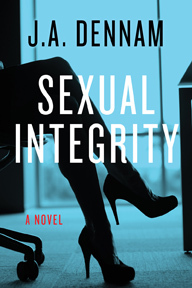 JAD: Sexual Integrity is my first traditionally published novel. This office romance is about an entitled career woman who competes with a sexy, arrogant newcomer for the same job. I love my love-hate romances, and this one is loaded with heat, pranks, colourful side-characters, and a special room that could change one’s life forever. 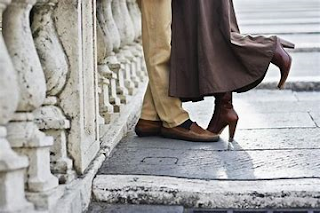 JAD: I devoured my first romance novel at the age of twelve, which I thought was quite unique and scandalous of me. (Since joining the writing community, I have discovered that aged twelve falls in the geriatric range of beginner romance junkies.) The book was titled “Dreams of Yesterday” and was singly responsible for my teenaged disillusions about boys. As much as I liked them, none of them were “real men,” though for a long time I believed that sex between two people consisted of lots of kissing and rolling around beneath the sheets. My grandmother’s secret stash of romances only went so far, you know.

4Q: What’s next on your author’s agenda, what can your readers look forward to? 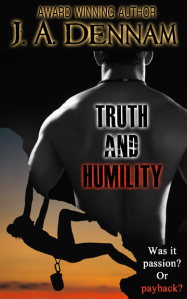 JAD: My next romantic suspense novel is in the good hands of my agent; my first historical western romance is ready to pitch at the RWA convention in July; I am deep in the editing stages of my third and final Flesh Series instalment, which I plan to self-publish this year. I am also four chapters in on my tenth full-length novel, which is quite a milestone for me. As far as other projects go, I would like to record book 1 of my Captive Series, Truth and Humility, as an audio book. I would also like to try my hand at script writing because I have a very cool western that would make a great movie and I just KNOW that Henry Cavill is looking for work. ;-)

An Excerpt from Sexual Integrity:
(copyright held by the author. Used with permission)


They shared a sensual kiss that was tentative at first and then deepened into something more. His breath smelled good, like rich Napa Valley wine. His lips were firm yet soft. The way he moved told her that he knew how to please a woman.


Despite all that, her heartbeat notably failed to pick up its pace.


The doorbell rang. Brooke wasn’t sure if it was an annoyance or a blessing. She backed out of the kiss, leaving him with an unfocused look that told her he’d enjoyed it way more than she had. “It could only be Mrs. Costa from next door,” she explained as she got to her feet and put her glasses back on. “She always comes over when her computer acts up. I’ll tell her to hold off for now.” 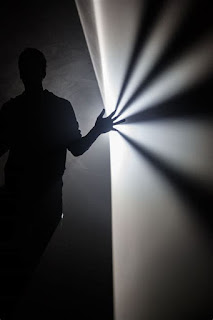 Sid appeared in no hurry to leave his spot on the floor. He drew a knee up, but not before Brooke saw the suspicious bulge in his Bermuda shorts.


When she opened the door, a shockwave of alarm washed through her. Ethan stood there leaning against the doorframe in jeans, a black T-shirt, and an intense focus on the welcome mat. All she could do was stare in abject surprise at a man who couldn’t possibly have sought out her address.

Words escaped her. The silence stretched as he too seemed to wonder what the hell he was doing there. Finally, he looked up. His eyes darted past her and over to the man at her coffee table. Slowly, their blue-gray depths changed into something turbulent.


Her hand slipped from the knob as he stepped over the threshold. He stood so close she could feel his body heat. His voice was rough, barely above a whisper. “We need to talk.”


Now her heart was beating fast enough to power a small locomotive. Dazed and confused, she stepped back and turned to find Sid standing right behind her. “Sid...do you mind if we do this another time?”


The man stepped closer, caressed her back in an intimate way. “Isn’t this the guy you were arguing with the other day?”


“And we’ve done a lot of that since then, haven’t we, Brooke?” Ethan chimed in, sounding dangerous. “Well...not all of it was—”


A quick look confirmed that Sid was following along just fine. As he nodded at his adversary, the pulse at his freckled temple began to thrum. “I get it.” He turned to Brooke. “Are you sure you want me to leave?”


She took one of his hands and gave it an apologetic squeeze. “Yes, I’m sure. Another time would be better, when I’m all here.”


Sid hesitated a moment and then pursed his lips as he began to leave. When Ethan moved aside to give him clear access to the doorway, Sid stopped, leaned over, and deposited a tender kiss on her temple.


“I’m only a phone call away,” he said, his voice laden with meaning.


She closed the door behind him, swimming in mixed emotions. Why the hell had she just done that? And why the hell was Ethan Wolf standing in her living room? Brooke cleared the uncertainty from her throat. “I don’t want our problems inside my home,” she said.


When she turned to confront him, he was taking a good long pull from the open bottle of cabernet. Her anger rose to a fever pitch as she realized he’d just swallowed about twenty bucks worth of wine in one shot, no doubt to make a point. She moved toward him and was about to tell him to leave when he set the bottle down on the coffee table, turned, and immediately drew her into his arms. 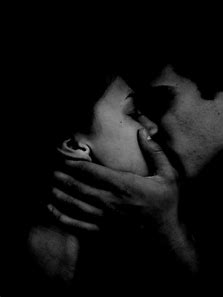 Suddenly she was fully involved in a scorching kiss that completely rendered her senseless. It was not tender or sweet, but rough and demanding. All of her irritation melted away along with her reasons for not wanting him here. She’d been geared up to welcome Sid’s touch. Surely that’s why her body was thrumming with a need so strong, she clung to Ethan as if he were the only thing keeping her upright.


“You drive me insane,” he hissed against her mouth, closing his eyes against the inner struggle she understood all too well.


Brooke dropped her head in a desperate attempt to find sanity. This wasn’t possible. How could he turn her insides into molten lava like that when the mere sight of him pissed her off so badly? When she backed away, he let go of her waist and did the same. A moment of silence followed. “You said you wanted to talk,” she said finally.


Ethan turned his back and jammed a hand through his hair. “Give me a second.”


“Look.” When he faced her again, aggravation laced his words. “I don’t want to be here either. In fact I’m still trying to figure out why I’m not in Fort Myers.”


“Because you’d rather harass me, apparently.”


“Because no matter how hard I try with you, I can’t get my bearings—which scares the hell out of me. We’ve been taking one step forward and two steps back since the start of this competition, and for what? Because we hate each other?”


“Yes!” she threw out in a desperate attempt to believe it.


His brow smoothed out with a look of wonder. “Really? Why, Brooke? What makes you want to skin me alive and me want to shake the living shit out of you?”

Thank you JA for being our guest and sharing part of your story. 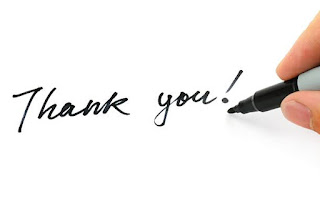 For you readers that want to know more about JA and her books, check out the following links.

You can find all novels by J.A. Dennam on her website, www.JADennam.com.


https://twitter.com/JADennam
Posted by Allan Hudson at 07:05
Email ThisBlogThis!Share to TwitterShare to FacebookShare to Pinterest