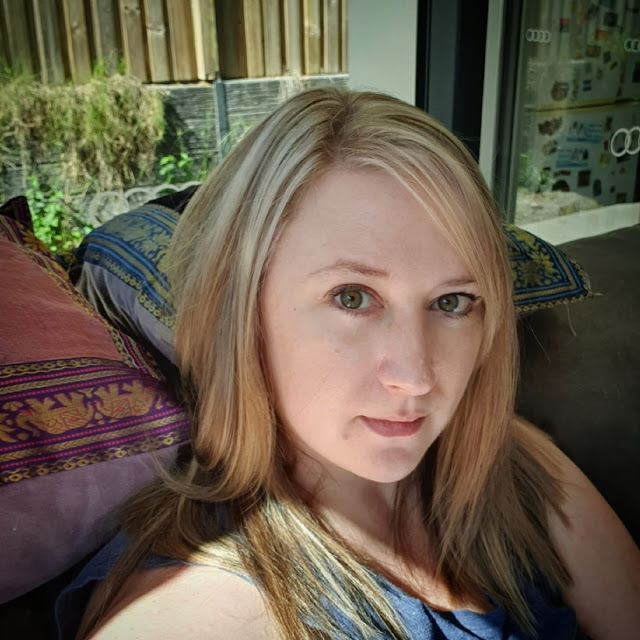 The Scribbler is pleased to do a series of guest appearances in conjunction with Creative Edge Publicity of Saskatchewan, Canada.

We are pleased to have Liz Butcher as this week’s special guest. When you visit her website, one of the first things you notice is this headline:

For all you fans of these genres, you’re in for a treat. Her novels have garnered excellent reviews and many accolades. It’s a real pleasure to have Liz share her thoughts with a 4Q Interview and is sharing an Excerpt from her new release – LeRoux Manor.

Liz Butcher resides in Australia, with her husband, daughter, and their two cats. She’s a self-confessed nerd with a BA in psychology and an insatiable fascination for learning. Liz has published a number of short stories in anthologies and has released her own collection, After Dark, in 2018. Her debut novel, Fates’ Fury released September 2019, soon followed with LeRoux Manor in September 2020.

4Q: Lets talk about your newest work, released September 1st – LeRoux Manor.  What can readers expect when they pick up a copy? 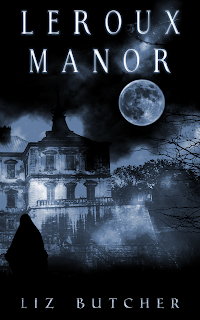 LB: They can expect a story that’s not what it seems and will keep them guessing until the very end. LeRoux Manor is not your normal haunted house tale…

4Q: What draws you to horror, dark fantasy and speculative fiction?

LB: I’ve always held a deep fascination for the paranormal and for the things we cannot see or explain. I’m also intrigued by the subconscious mind and so I think the love of the two is what draws me to these genres. I love delving into the shadows of both.

4Q: On a more personal note, please share a childhood memory and/or anecdote. 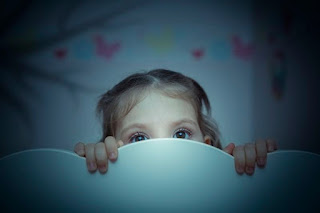 LB: When I was around five years old, I started waking in the middle of the night to voices. Only everyone else was fast asleep. It used to terrify me, and I’d always try to wake my mother, but no matter what I did she would never wake up. So, I would turn every light on in the house and not fall back asleep until the sun came up. It then progressed and happened while staying at other people’s houses. My parents wrote the experiences off as bad dreams, but I knew I was awake. While I never worked out what it was or why it happened, I think this was the beginning of my fascination with the paranormal.

4Q: Your stories have been featured in many anthologies. I assume these are short stories. What do you enjoy about them and maybe you could tell us about a couple of your favorites?

LB: Writing short stories is such a great way to hone your skills, especially when adhering to limited word counts. It helped build my confidence while I worked away on my first novel. Out of all of them, I think my favourites would be Gethen (a possession story told from the perspective of the entity), Sail Away (a surreal tale of a sailor seeking Valhalla) and Amber (the dark truth about the prosperity of a small village).

4Q: You have two other novels to offer our readers – After Dark & Fate’s Fury. Can you give us a brief synopsis of them? 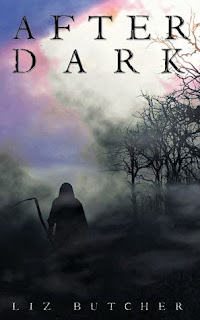 LB: After Dark is a collection of my short stories, including the three mentioned above. Fates’ Fury is a mythological thriller about The Fates returning to our realm to destroy mankind as punishment for the way we’ve treated the planet and each other. Before they can eradicate us for good, they must locate the hidden Tablet of Destinies. Three friends find themselves at the center of it all and have to uncover who they really are, while an alliance of ancient gods return to help fight against The Fates and help man save themselves—assuming they can find a reason why we’re worth saving. 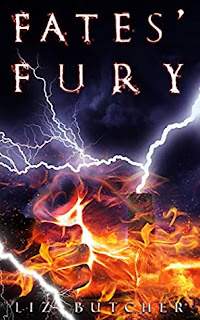 LB: I’ve always been a huge fan of both Stephen King and Anne Rice.

4Q: What’s next for Liz Butcher, the author?

LB: I’m currently querying my next novel, Never, Never, which is a modern retelling of Peter Pan, where Wendy Darling is all grown up and a local detective haunted by her childhood abduction at the hands of the mysterious Pan. I’m also working on the first installment for a series about a character named Luna Zimmer, a highly intelligent, hot mess of a woman, embarking on a new pursuit as a paranormal investigator as she tries to get to the bottom of what really happened to her family. Then I’m almost finishing plotting my next book, Sunrise, which is dark fantasy/horror. 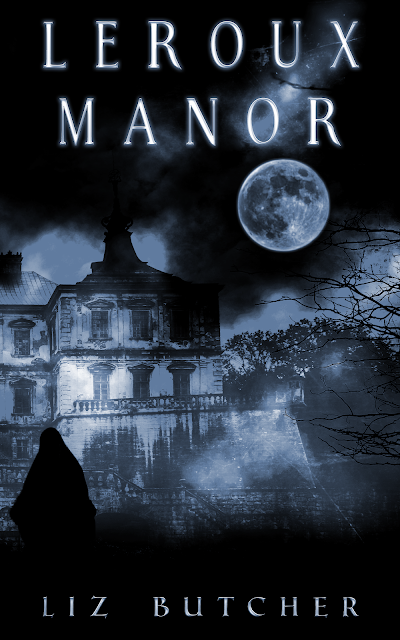 An Excerpt from LeRoux Manor.

MENA SAT ON the soft green grass, shaded by the old oak tree against which she rested. The long skirt of her sky-blue, satin party dress—now ruined—billowed out around her. A smile danced across her face as she stroked the cat in her lap, listening to the sounds of her parents’ party drifting with the breeze. The melodic tunes of the string quartet mingled with the steady flow of conversation. Friends and family had travelled far and wide to see the grandest house in the province. Completed at last—an architectural marvel, her father called it. Many of the guests were residents from local towns, and most of them Mena had never seen or heard of before.

Raising her hand, she pressed her thumb to her finger, marvelling at the stickiness of the blood. She found it fascinating how it changed from warm and fluid to thick and cool in such little time.

“Here you are,” her father said. “We’ve been looking all over for you. Everyone’s asking after you. That nanny of yours…” He stopped when he realised what she was doing.

Mena grinned up at him. “Hello, Papa. Kitty and I are having our own party. The grown-ups were boring.” She wiped a stray piece of her ebony hair off her forehead with the back of a hand, leaving a streak of blood in its wake.

“No. Not again…” Her father’s voice trembled with anger. Mena could see the weight of the sadness in his eyes, but she felt nothing for it. He stepped forward and grabbed his daughter by the wrist, yanking her to her feet.

Mena gasped when the dead cat tumbled from her lap. “Kitty!” she cried. Her father stormed off, pulling her along behind him.

“Wait, Papa. I want my kitty!” she wailed, hot tears spilling down her cheeks. In her distress, it took her a while to realise they weren't headed back to the house. Instead, her father led her toward the woods behind their estate. “Papa? Where are we going?”

“Somewhere I should have taken you sooner.”

Confused by the unsuspected turn, Mena soon forgot her tears—and her Kitty—and hurried along after him. Her tiny feet scurried across the grass as she struggled to keep up.

They slowed when they entered the woods so her father could better navigate his way through the trees. He paused here and there, as though unsure of his bearings. Mena took the time to marvel at her surroundings. Her parents had always forbidden her to enter the woods, but now, she knew it was the perfect place to play with her animals.

Her father came to an abrupt stop, causing Mena to run into the back of his legs. When he didn’t move, she peeked around him to find a wall of rock before them. She blinked at it with wide eyes; it rose quite high—at least twice as high as her Papa—before curving at the top. It made her think of a giant, sleeping monster hibernating in the woods. Moss and plants spread out across the stone in patches of damp greenery, and a small stream trickled down the front. She wondered where the water came from; it hadn’t rained in weeks. As she followed the water downwards, she noticed a narrow opening in the rocks.

“Papa, is it a cave?” she exclaimed, looking up at him. He stared straight ahead, unmoving for so long, Mena was unsure if he’d heard her. Only when she tugged on his hand did he give a small nod.

“I do love you, Mena.” His voice trembled, and he released her hand. She ignored his sentiment and dashed toward the cave.

Without hesitation, she got down on her knees and poked her head into the darkness. When her father gave no further protest, she took it as permission to explore and scurried into the cave.

The darkness enveloped her. Mena wondered what kind of animals she would find inside. Then something shoved her from behind, her hand slipped forward, and she lost her balance. Before she could call out, she was falling. 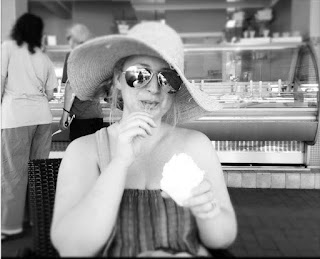 Thank you, Liz, for being our special guest this week. Wishing you all the success you deserve. For all you fantastic visitors wanting to discover more about Liz and her stories, please follow these links: 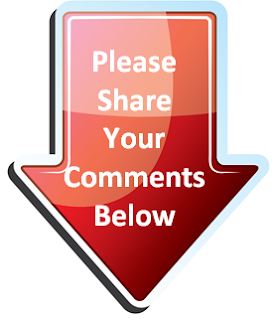 Posted by Allan Hudson at 06:29
Email ThisBlogThis!Share to TwitterShare to FacebookShare to Pinterest