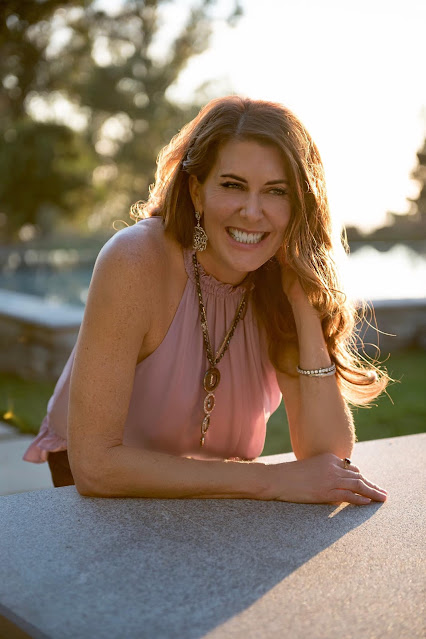 I had the pleasure to become acquainted with and follow Jennifer on Twitter when I noticed the exceptional cover of her debut novel – A Dress the color of the Sky. What was also striking is the amount of awards the novel has garnered, as well as exceptional reviews. Most impressive. After visiting her web site, I hoped to share her work with my readers.

She has graciously accepted my invitation to be this week’s guest to participate in a 4Q Interview and the book summary.

A native New Yorker and captivating storyteller with a flair for embellishment, Jennifer Irwin currently resides in Los Angeles with two cats, a dog, and her boyfriend. After earning her BA in Cinema from Denison University, she worked in advertising and marketing, raised three boys, and ultimately became a certified Pilates instructor. Jennifer’s short stories have appeared in numerous literary publications including California’s Emerging Writers, An Anthology of Fiction. A Dress the Color of the Sky is her first novel. Since its release, A Dress the Color of the Sky has won seven indie book awards, received rave reviews on Amazon and Goodreads, and been optioned for a feature film. Jennifer is represented by Prentis Literary.

4Q: Let’s start by telling our readers how you chose the intriguing title A Dress the Color of The Sky and then we’ll share the book’s blurb. 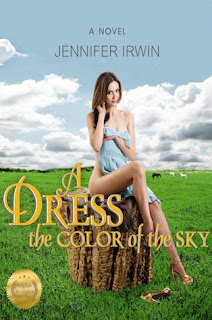 JI: I came up with the title after reading the fairy tale, Donkeyskin which was written by Charles Perrault and originally published in 1695. I refer to the fairy tale in my novel which helps to align the title with the premise of the book.

4Q: How thrilling to be recognized for your work. Of the seven awards received for your novel, I am most fascinated by the three awards given by The Feathered Quill. Wow! Please tell us about this experience. 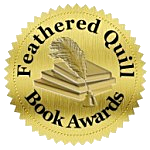 JI: The first award I learned about winning was the Feathered Quill book award in which A Dress the Color of the Sky was awarded medals in three categories. It was the most exciting moment for me as a debut novelist—to be recognized as an award-winning author and to have my work chosen against my peers was the best feeling. I was actually in a restaurant when I received the email and I felt like jumping up from the table and screaming, “I won!”

4Q:  After reading The Story Behind the Story on your website, we note there are experiences in your life and those close to you that inspired your story. Would you care to share a bit about this?

JI: I began writing my book when I was going through a divorce and felt like I had failed at one of the biggest commitments of my life. It was important to me to dig deep and try to understand why I had chosen this person as my life partner when I knew he was an alcoholic. What I realized was that I had been carrying around a great deal of pain from my childhood and the fact that my father was an alcoholic and I married one must have had some correlation. This was one of the reasons I dug deep into the process of healing from childhood trauma which is the underlying theme of my debut novel. I also was fascinated by the huge impact that Fifty Shades of Grey had on women and the reawakening of their sexuality so I decided to make my protagonist a sex addict as well. 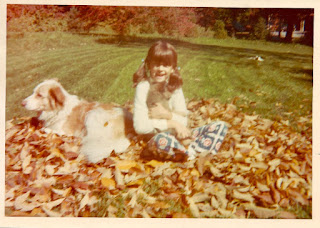 JI: It’s funny that you are asking this question since some of my book is loosely based on my life. While writing A Dress the Color of the Sky I dug deep into my childhood to understanding how I ended up the way I am but more importantly what processes needed to happen in order to unwind the unwanted baggage I had carried into my adult life. If I had to pick one memory from my childhood it would be spending time with my mom. She had a great sense of humor and a contagious laugh which was like a burst of sunshine in even the toughest of situations.

4Q: Your website mentions your follow-up novel, yet to be published, A Dress the Color of the Moon. What can you share about this novel with us? 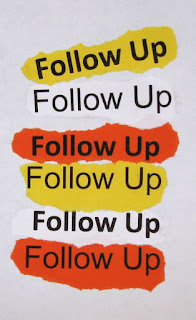 JI: I recently submitted the final draft of A Dress the Color of the Moon to my literary agent who is in the process of putting the pitch package together. I’m hopeful that the stand-alone sequel will be picked up by a publisher and perhaps they will also pick up my first book, re-cover and re-release. The sequel begins when Prudence checks out of rehab and follows her and a few of the characters from the first book as they journey through their post-rehab life. The story moves from third person to first person and back and forth in time so I definitely took on a complex story structure for my second book! There are a lot of unexpected twists and turns as the reader learns more about a few of the characters including who stays on course, and who doesn’t. There is a movie called The Big Chill in which a few old college friends gather for a funeral. In Moon there is a similar premise in which the characters all gather for the funeral of someone who committed suicide in rehab which happened in book one. I dig deeper into who she was and how the suicide affected each of the characters. 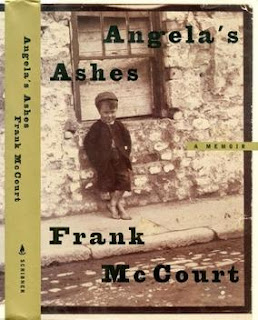 JI: Angela’s Ashes by Frank McCourt. I love a good story about overcoming hardships and the strength of the human spirit.

4Q: Anything else you would like to tell us about?

JI: I would like to thank you for helping indie published authors like myself spread the word about our books!

** You’re most welcome, Jennifer. Talented authors, like yourself, are what makes the Scribbler so interesting. 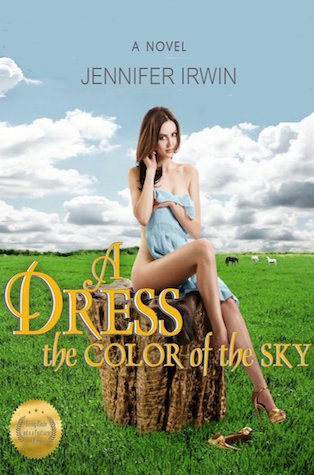 A Dress the Color of the Sky.

For too many years, Prudence Aldrich has been numbing the pain in her life with random sexual encounters. Her marriage to cold, self-centered Nick is, not surprisingly, on the rocks. But after several dangerous experiences with strangers, Prudence finally realizes she needs therapy to stop her self-destructive behavior, and so she checks into the Serenity Hills rehab center.

Prudence blames herself for her irresponsible behavior and is filled with self-loathing. She’s convinced she is completely at fault for Nick’s manipulative attitude and believes with therapy, she can return their relationship to its idyllic beginnings. However, her therapist and the other members of her rehab group see the person behind the pain. As Prudence learns for about herself and the reasons for her behavior, including startling revelations about her childhood, she begins to understand the basis for her lack of sexual self-respect. She also learns she is not entirely to blame for the failure of her marriage. With the positive reinforcement of everyone at Serenity Hills, Prudence learns not to define herself by her past. But moving forward would mean letting go of Nick for good, and Prudence isn’t sure she can. 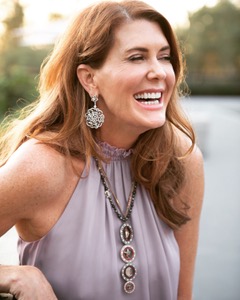 Thank you, Jennifer, for being our guest this week. Wishing you continued success with your writing. 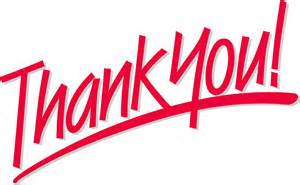 For you readers that would like to know more about Jennifer and her novel, please follow these links:

Posted by Allan Hudson at 06:48
Email ThisBlogThis!Share to TwitterShare to FacebookShare to Pinterest