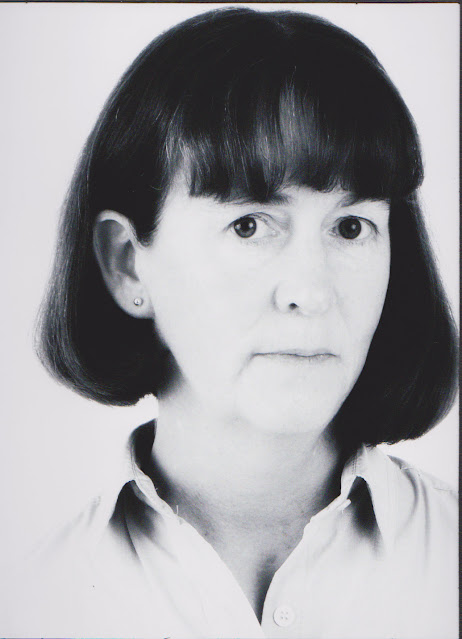 A mutual friend of Angela and I has a reading recommendation page on FB and that’s how we met. I was intrigued by her Jacques Foret character and her cozy mysteries. I’ve since read all five of the novels and have never been disappointed.

Angela has been a guest previously on the Scribbler and you can check it out HERE.

Exciting news! Both Angela and I, along with six other noted authors, are involved in an anthology tentativley titled Autumn Paths, due to be released in September 2021. Watch us on our FB pages and websites for more info to come.

Allan: Welcome back Angela. I know you are a busy lady so we appreciate you taking the time to be with us today. Before we get into your writing, please tell our readers a bit about yourself and your hometown. Did you always live in Yorkshire?

Angela:  Hi Allan and thanks very much for inviting me back to your blog today.

I love history, I’m an avid reader and I like to travel.  I spend as much time as I can in France each year and I can’t wait to get back there once the restrictions are finally lifted. 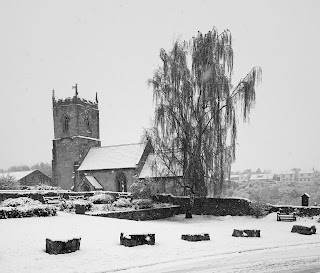 As for Yorkshire, yes, I've pretty much spent all my life here.  I’ve had spells of living in London for a short while because that was where the work was.  I also spent two years living in Whitley Bay because my job moved to Newcastle-on-Tyne.  But once I found my present house, which is in a tiny village in North Yorkshire, I decided that I would always travel to work.  As I result, I’ve worked all over the mainland of Great Britain but it was always good to come home to my little space at the end of the day, week or month.

Pontefract, a very old market town is my nearest place to shop etc.  It might only be small but it has a fascinating history.  Captured by William the Conqueror and gifted to one of his men, it became a place of strategic importance.  A castle was built around 1070 but only the ruins remain today.  The castle and the town – then called Pomfret – are mentioned in two of Shakespeare’s plays and it is thought Richard II was murdered here.  During the English Civil War, Pontefract and its castle became a Royalist stronghold until it was besieged by the Parliamentarians (Oliver Cromwell and his Roundheads) in 1644-45.  There are centuries of history here and I really like that.

Allan: You have a keen sense of plot with your stories. Each novel can stand on its own but contributes to the series. Please tell our readers what to expect when they pick up there copy of your newest mystery – Mercoeur.

Angela:  Thanks Allan.  As a writer, I’m very much a plotter.  But that’s what twenty years of work in project management will do to you!  However, I don’t plot every last detail.  When I sit down to write I inhabit my characters and sometimes they surprise me.

For Mercœur, readers will find that nothing is quite what it seems at the outset.  Here's the blurb…

On a quiet forest walk, Investigator Jacques Forêt encounters a sinister scene.  Convinced there is evidence of malicious intent, he treats his discovery as a crime scene. 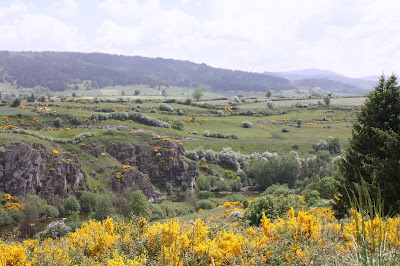 A baffling case that tests Jacques to his limits.

Allan: In Mercoeur - we discover more personal things about Mr. Foret as well as a sad moment in his life. Was this difficult to write about? 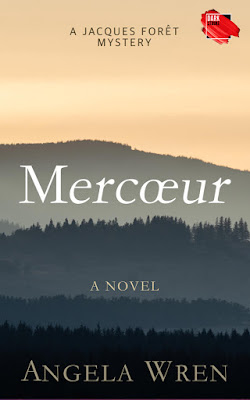 Angela:  Very much so.  Some of those scenes were very distressing and I found I had to walk away from the desk and give myself a break.  Writing is very much about reviewing and revising, too – so editing those scenes was equally as upsetting.  Because of the nature of the sadness that Jacques experiences in this story, it took me quite a while to get to the final versions.  It also took a great deal of mental and emotional energy to create the scenes.  I inhabit my characters as I write and that means that I sometimes have to draw on my emotional reserves.  As an actor, I am used to doing that, but it still takes a lot of thinking to get the right words in the right order to convey how Jacques was feeling in those scenes.

Allan: Your bio on your website - HOME (angelawren.co.uk) – tells us about you are involved in theatre, both as a director and an actress. Tell us more.

Angela: I got into drama and acting when I was 6 years old.  I had a speech defect that needed correcting.  So, after school every Tuesday I went to my Speech and Drama class.  That’s where I was first introduced to Shakespeare, too.

At 7 I was moved to a new school and my drama teacher also taught there.  Suddenly, I had three days each week where I could pretend to be somebody else!  It was great.  My new school was girls only.  For end of year shows that meant somebody had to play the boy's roles and that always seemed to be me.  I began that part of my stage career as Hiawatha and moved through various male characters from fairy stories and children's plays. 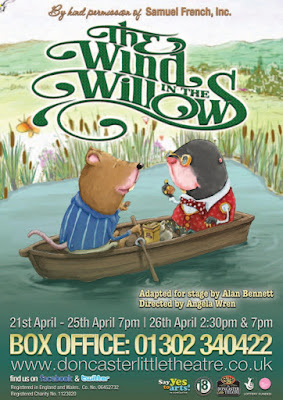 As an adult my work in theatre provided a very necessary release from the stresses and strains of my job.  It’s really quite therapeutic pretending to be someone else for a couple of hours after a tough day at work.  I’ve played all sorts of roles from a blind girl in an adaptation of Murder in the Cathedral, through to characters in Shakespeare, the wicked witch in pantomime and Mr Twit – the gender bending didn’t stop just because I’d left school.  I've played comedy, drama, historical (I've always loved being able to wear gorgeous costumes), and I've done revue, choral speaking, verse speaking and mime.

I'm essentially a character actor and I've always liked to be challenged.  That's probably why, when I look back on all the roles I've played I can honestly say that I've never been type cast.  Nor would I ever want to be.  It's much more fun playing an 82 year old at half that age or a 15 year old at the age of 29.

I didn’t get into directing until I finally ditched the day job.  I love the creative bit that’s needed when putting a show together – thinking about the set, the costumes, the whole look and feel of the production.  That all goes on before we even start rehearsal.  The actual rehearsals are really all about managing the people and encouraging a performance out of the actors.  Rehearsals are great fun but they are hard work too.  At the point where the show goes onto stage, the production is handed over to the Stage Manager and the director basically becomes redundant.  On every production I’ve undertaken as a director I’ve always felt bereft at that handover point.

Allan; I’m happy and excited to be involved in an anthology with you, Angela. While this is new to me, you’ve been involved in several anthologies before. Can you share this with our readers?

Angela: I’ve contributed several stories to various anthologies.  I write romantic stories for the Miss Moonshine anthologies and we’re about to publish the third book.  We’re a group of nine authors and we all live within reasonable travelling distance of the fabulous Yorkshire town of Hebden Bridge.  The town was also the inspiration for our fictitious town of Haven Bridge where Miss Moonshine has her wonderful Emporium. 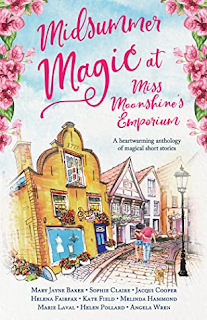 As authors we meet up in Hebden Bridge to chat about writing and our current projects and it was at one of those meetings that the idea for an anthology with a single linking character - Miss Moonshine - first emerged.  We saw the creation of the first anthology as an opportunity to introduce our work to new readers.  What we hadn’t envisaged back then was that Miss M and the stories would kind of take on a life of their own and become a series.

We work collaboratively to get each book out.  Having agreed to a broad production timeline, we then work independently to create our stories.  If we need to check in with each other we just email and agree whatever is needed.  I find it very encouraging to be working with such great authors and having to stretch myself to write in a different genre is challenging but refreshing.  Writing romance is quite different from crime!

Allan: Any teasers about Book #6 that you are outlining at present, or is it too early to tell us what to expect?

Angela:  Hmm, what can I say?  It still doesn’t have title yet but, there is an art gallery involved and a particular painting.  Jacques also has to help out an old business partner.  Didier Duclos and Thibault Clergue will be working with Jacques on various aspects of the investigation.  There will be appearances from some of the villagers in Messandrierre, too.

Allan:  Looking back at when you wrote your first novel, has your path as an author been what you expected? High points? Low points?

Angela: Not really, no.  I made the fundamental mistake of thinking that once the first book was published, that was the end of the journey.  Of course, it wasn’t and I quickly adjusted my thinking.  The book being published is actually the beginning of another, very different, journey.  Once Messandrierre was out, I then had a steep learning curve as I threaded my way through promotion, marketing, and finding an audience for the story at the same time as writing the next one in the series.

Luckily, I had the support of my publisher – Crooked Cat/Darkstroke - and all the other authors on their books to help me out and answer questions.  I can’t pretend that was easy because it wasn’t.  Having that support network there was essential.  I doubt I would have been able to say, as I can today, that I’m working on book 6 in my current series and that I’m developing characters and brief storylines for a new series had CrookedCat/Darkstroke not been there.

Allan: Anything else you’d like to tell us about?

Angela: Don’t think so.  Just that I’m really looking forward to completing the ‘Autumn Paths’ anthology.  There will be info on my blog, #JamesetMoi, about that along with information about the next Jacques Forêt book and the third Miss Moonshine anthology over the coming weeks and months.

And finally, thanks for hosting me Allan.


It’s always a pleasure having you as a guest Angela. Thanks for taking the time to share your thoughts. All the best to you and wishing you continued success with your writing. 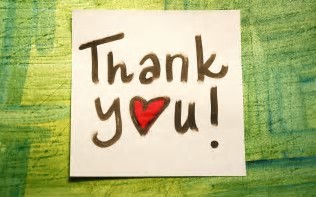 For you devoted fans wanting to discover more about Angela and her novels, please follow these links: 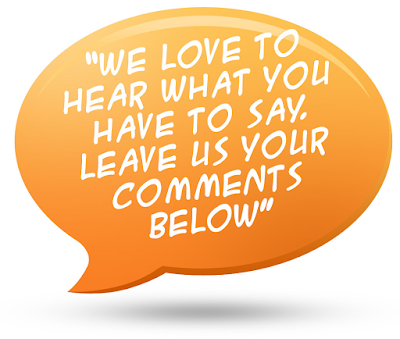 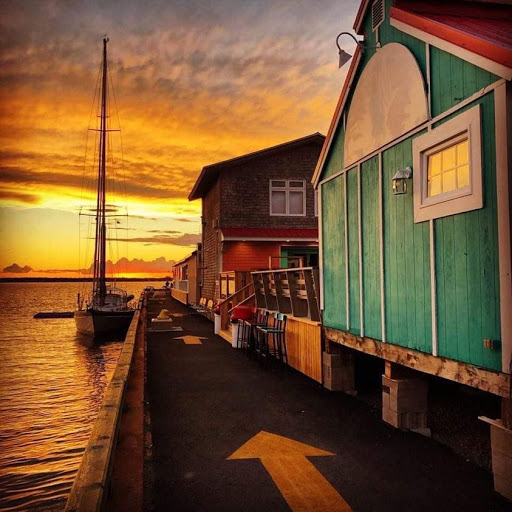 Photo compliments of The Sandbar. 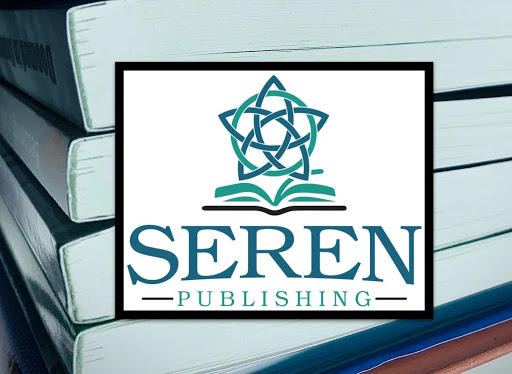 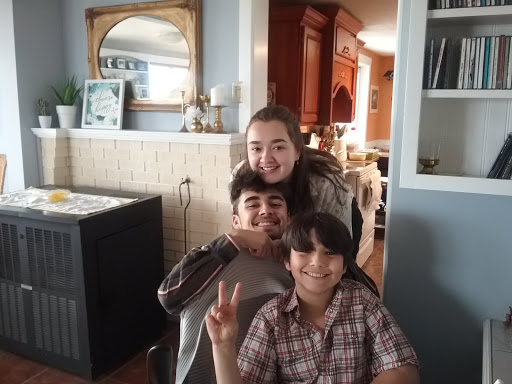 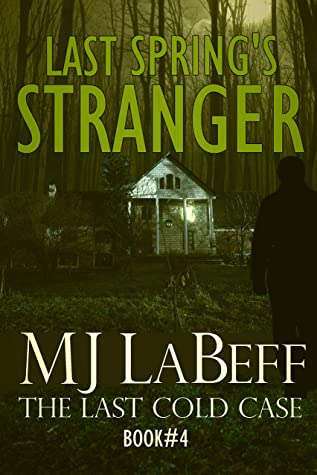 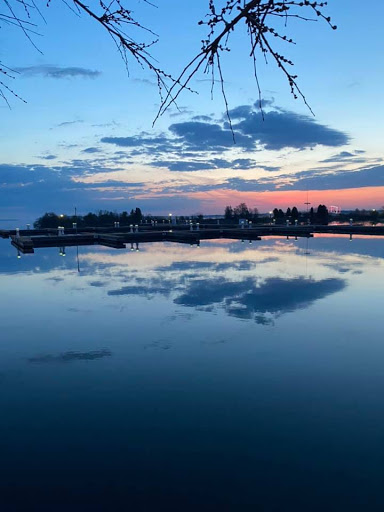 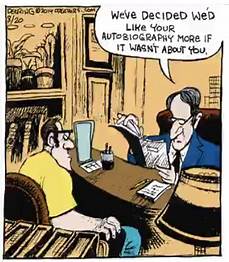