Branching Out with Natalie Camaratta of Kansas City. 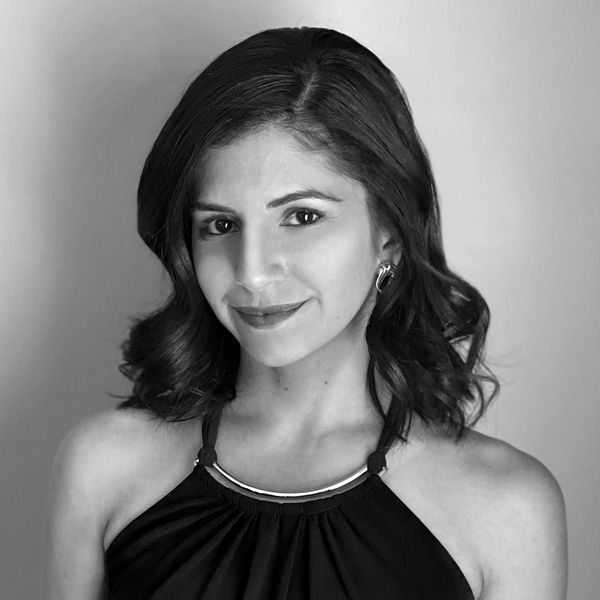 Natalie’s debut novel – Falling & Uprising – is coming off the presses on July 21st with great anticipation.

Nicole Bailey, author of Faye and the City in the Sea.

I was intrigued by Natalie’s enthusiasm and followed her on Twitter. Remembering my own debut novel, I can appreciate her eagerness to tell everyone about her novel. Anyone that has written and published a novel knows how she feels.

The novel has already garnered tremendous

reviews. You can check them out here.

She has graciously accepted an invitation to a Branching Out Interview and is offering an excerpt from the book. 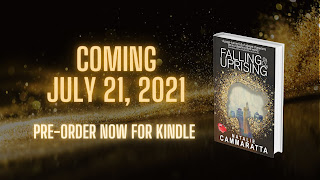 Allan: Thank you for being our guest this week Natalie. It’s an exciting time in your writing career. The book hits the streets in less than two weeks. Before we chat about your novel, please tell our reads a bit about yourself.

Natalie: Thank you for having me, Allan. The first thing people are usually surprised by is that I learned Spanish before English. My Cuban grandmother took care of me when I was a baby, so I understood that first. Since my dad doesn’t speak Spanish, we spoke English at home, and of course at school, so I lost it a bit. I don’t consider myself fluent, but I can get by.

I grew up in South Florida and went to college in Orlando where I majored in Hospitality Management. I worked in theme parks and hotels until I got married and had my first son. Leaving Florida was never in the plan, but about a month before my second son was born, we moved to Tucson, Arizona. After a couple of years enjoying mountains and the desert, we moved to the Kansas City area where I hope to stay forever!

Allan: When did you start writing?

Natalie: I’m new to it. I started Falling & Uprising in February 2020. My boys were old enough for me to have more reading time, and that spurred finally getting to a book of my own. I had wanted to write a book forever, but never had a story idea. Of course, now that I’m busy with this series I think of new stories all the time.

Allan: Tell our readers what to expect when they pick up their copy of Falling & Uprising? 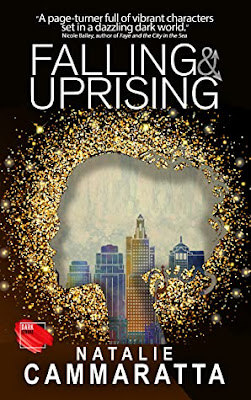 Natalie: Falling & Uprising is a character driven YA story. Strong voices, lots of dialogue, sarcasm, and banter. The two main characters are opposites in every way: Serenity is a celebrity-socialite always in the spotlight, and Bram is essentially invisible. When they end up in a revolution together, the way they deal with each other is fun to watch. It shows the disparity between the ‘haves’ and ‘have-nots,’ but they find their similarities as well.

Allan: What inspired this particular story?

Natalie: It started with a quintessential dystopian: The Hunger Games. I read the books and re-watched the movies, and kept thinking about the characters from the Capital. We knew why some of the rebels from the Capital joined the revolution, but I found the idea fascinating. Why would a character who lives in the utopian part of society want to overthrow everything? It changed and grew a lot from there, but early readers have enjoyed this flip on the perspective of this kind of story.

Natalie: I was a singer growing up. When I was maybe eleven years old, I sang the Star-Spangled Banner at a Major League Baseball game. At the time, the Florida Marlins played in the stadium where the Miami Dolphins played, which means it was larger than a normal ballpark. 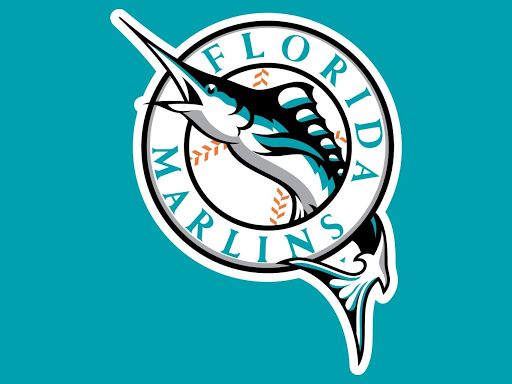 The echo in the sound system was a lot to deal with, so I kept waiting for my echo to catch up with me after each line. It was, perhaps, the longest rendition of the National Anthem ever sang. My father glanced up at the jumbo-tron where the lyrics were scrolling and I was at a different point in the song, so he thought I messed up the words. It was an amazing and terrifying experience!

Allan: Do you have a mentor? Who or what else has influenced you to write?

Natalie: I don’t have a mentor, but I’ve had so much assistance and guidance through this. I expected writing to be a solitary process, however, I came to find that being friends with other writers is not only fun, but a much-needed lifeline to get through it. Having someone read parts of the book as I was going, made for exceptional motivation to finish. Now that I’ve started, I can’t imagine ever not writing. Stories pop into my head all the time. But having a supportive community helps get the stories done.

Allan: Is there any characteristics of your own in any of your characters? Have you modeled any of the characters after people you know?

Natalie: There are bits and pieces of me and my friends/family in a lot of my characters. None of them are wholly a person from my life, though. My sarcasm passed on to many of my characters. (Which I got from my father, so thanks, Dad.) Serenity’s high expectations of herself is certainly close to home, too. Frankly, I didn’t realize how much I have in common with her until after I wrote it. At the time, it didn’t occur to me that struggling with how she’s perceived versus what she’s really got going on inside is something I do all the time. Writing turned out to be therapy and a way to discover my own issues.

Natalie: Choosing favorites is so hard! I’m a pretty omnivorous reader, but obviously I love the genre I write in so Hunger Games, Divergent, and Red Queen series are huge for me. I devoured the Red Rising series by Pierce Brown last year (and will absolutely drop everything as soon as the sixth book comes out). I’ve had the pleasure of discovering a lot of incredibly talented indie authors since I got into writing. Nicole Bailey’s Faye and the Ether series is a favorite of mine, and Bloodlet, the first book of T.S. Howard’s The Growing Veil series, ensured that I will read everything that man writes.

Allan: Is there a follow-up to the novel planned? Will it be a series or stand alone? Otherwise, what’s next for Natalie Camaratta, the author?

Natalie: This is a trilogy. The second book is being finalized and I’m drafting the third and final book. The ending of Falling and Uprising tends to leave people wanting more, though it’s not actually a cliffhanger.

After this series, I’ve already started a Fantasy novel which will likely be a series as well. It is my plan to keep writing as long as I live.

Allan: Anything else you’d like to tell us about?

Natalie: In addition to the literary release of Falling and Uprising, the audiobook is being produced by Tantor Media. We are in the early stages with that, but I’ll have more news on that on my social media and newsletter when I have a release date.

An Excerpt from Falling & Uprising. 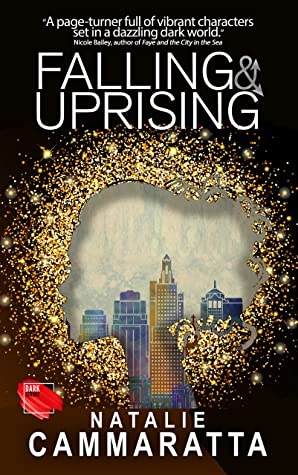 “I’m not here to force you into anything you are uncomfortable with,” Sophos says. “There is a way out for you.”

I could go back to the world I knew two days ago—the happy, uncomplicated world. I wouldn’t have to lie to anyone. I could speak to my family and friends without feeling an insurmountable chasm between us. I could look out at the sea without feeling like I’ll collapse.

But it wouldn’t be real. I wouldn’t know that I guess, but when ignorance was forced on me, that was one thing. Can I choose to be so ignorant? I’d be taking the guilt on myself when it belongs to the people who decided to lie to me all my life. They are guilty. And I don’t want to forget that. Even if I have to be alone.

“Thank you for being brave enough to make that choice.” Sophos’ smile is triumphant.

I’ve never been described as brave before.

“And besides,” Bram says, “everyone is going to find out soon enough. At least this way, you understand it before all hell breaks loose, pup.”

“You are basically a puppy.”

“You’re fed and pampered and primped, and when you get angry, you try to look aggressive, but you’re too cute to pull it off, so it ends up being funny.”

How dare you! “Puppies have sharp teeth.” My own teeth are clenched, and my blood boils. “Anyway, I’m sure my cuteness will wear off. Apparently, knowing the truth of how the world works can have the side effect of making a person a prick.”

This is new territory for me. I’ve never been this blatantly confrontational. Generally, slights are far more subtle, but I’ve never had to deal with anyone as hostile as Bram before. He shoots me an arrogant smile. It would be a great smile if it wasn’t being used to taunt me.

Sophos tries to smooth over our clash. “Now, now. Can we please recall we are on the same team?”

“Fine.” I take a breath and look back at Sophos. “Now what?”

“We’ll continue with your sanctioned education and our plans tomorrow. You can’t make it a habit to be at work too long. That looks suspicious with the work ethic around here. For now, you’ll make yourself appear perfect, as you have done your whole life, only now you’ll have secrets to hide underneath it. Can you do that?”

It looks like Millie’s instruction will come in handy in the real world after all. Having to use those lessons to mask myself from my closest confidants will be new, though. The little reprieve I ever have from who I must be in public will be gone. That perfect version of me will be the only version of me.
For you folks in the Kansas City area 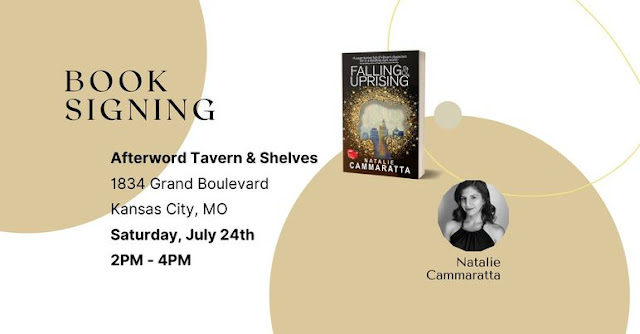 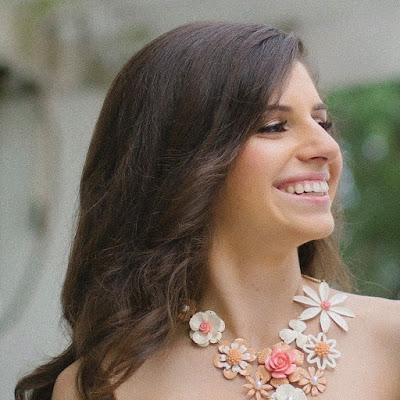 Thank you, Natalie for being our guest this week. Wishing you continued success with your writing.

For all you wonderful readers wanting to discover more about Natalie and her stories, please follow these links:

Posted by Allan Hudson at 06:30
Email ThisBlogThis!Share to TwitterShare to FacebookShare to Pinterest