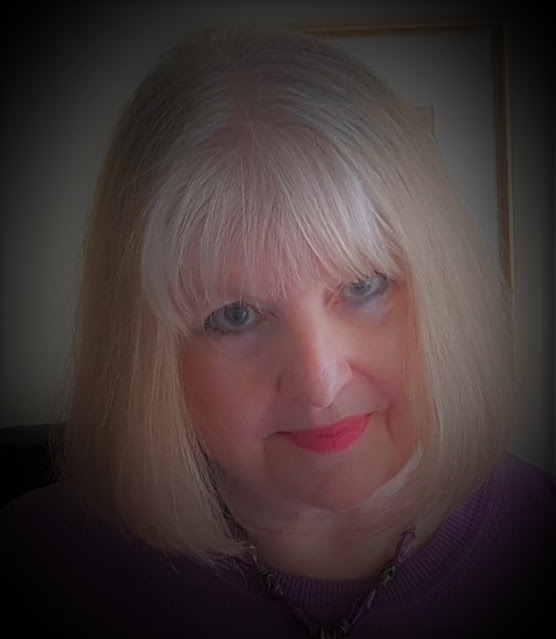 I met Jane Risdon through a mutual author friend and invited her to be our guest this week. She has kindly agreed to tell us the good news of her latest novel, as well as sharing her bio and where you can find more information on her and her writing.

Thank you, Jane. Over to you.

Allan, thanks so much for inviting me to visit your wonderful blog and for enabling me to chat about my next novel. I really appreciate it and I hope your readers enjoy finding out about Ms. Lavinia Birdsong who is the star of my next novel.

Ms. Lavinia Birdsong is a former MI5 Intelligence Officer who has spent 20 years of her life working her way up the hierarchy in MI5, her eye firmly on the goal of becoming the third only, female Director General of the Security Services.

All that went out of the window when her last assignment, Operation Matryoshka, went horribly wrong and she and her MI6 partner, Michael Dante, were summoned back to London.

Lavinia Birdsong is invited to take ‘voluntary’ retirement or face losing her Pension, following the disputed — by Lavinia — botched joint MI5/MI6 operation in Moscow. Michael Dante is spared and returns to Moscow to carry on with the complex mission involving Russian Mafia people traffickers, and Ukrainian gun and drug traffickers.

The former MI5 officer decides to move to a village in rural Oxfordshire, in the Vale of the White Horse, so she can concentrate on devising a way to inveigle herself back into the Security Services. No way is she going to accept her fate. 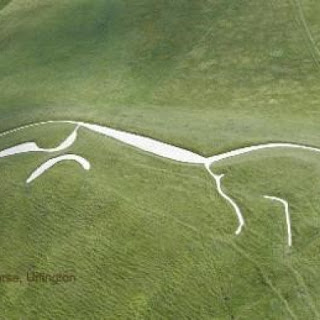 Joining MI5 from university Lavinia garnered a wealth of experience over her 20 year career. She is fluent in several languages, including Russian and Mandarin, and is a martial arts black belt and a crack shot with most firearms; not someone to mess with.

Her work as an Intelligence Officer has taken her all over the world, and she has also spent time at the various ‘desks’ within MI5, such as being a Training Desk officer in Moscow, working in Counter-Espionage, based in London, being placed on secondment to the Metropolitan Police, again in London, and later working as an Agent Runner on the Organised Crime desk also based in London at Thames House, home of MI5. 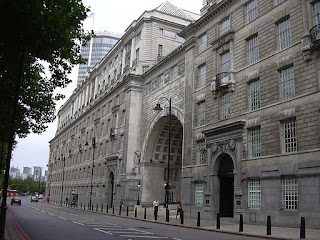 At the time of her ‘retirement’ she was on secondment to MI6 – working on Operation Matryoshka which involved the investigation of links between certain Organised Crime gangs known as Bratva, and the Kremlin.

My novel, Ms. Birdsong Investigates: Murder in Ampney Parva, has been inspired by my various posts working for the British Government before my marriage to a professional musician, and prior to our career in the international music business, taking over my life.

So far there are three books in the series.

I spent some years working in Germany for the Ministry of Defence, on an Army base which had been in operation since the end of WW2, mostly employing German civilians overseen by MoD (Ministry of Defence) personnel. The building used by the Officer’s Mess was one where Herman Goering used to deliver many of his Nazi speeches. 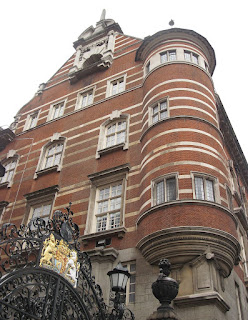 My time spent in the FCO was to light an already smouldering flame of ambition to become a crime/mystery author one day. I was there at the height of The Cold War, the ‘troubles,’ with the IRA, and an ever present, growing threat from terrorists and activists around the world, resulting in various hijackings and kidnappings. Groups included Black December, Al Qaeda, various Palestinian Terrorists, the Japanese Red Army, The Baader Meinhof (Red Army faction) Group, plus many others. Our Security Services and Secret Intelligence Services had their work cut out.

Our (British) Ambassador to Montevideo, Uruguay, Geoffrey Jackson, was kidnapped by the Tupamaros Guerrillas, in 1970. He endured 9 months in captivity before Prime Minister, Edward Heath, negotiated a payment of £42,000 for his release. It was an exciting time to work at the FCO.

Whilst I worked there our government expelled 100 Soviet diplomats, accused of being spies, and in retaliation the Russians expelled a similar number of British diplomats from Moscow. Suspicion and intrigue was everywhere.

Before I was accepted by the FCO I was positively vetted (P.V) which means that I was investigated thoroughly for my suitability to work with sensitive, classified, and possibly secret material. Not only was I investigated, but my family, going back generations was vetted as well as friends, teachers and anyone else who knew me or them. My then boyfriend — now husband — was not too happy to discover he and his family were also being vetted, not to mention his band members.

Once I started working at the FCO I was regularly vetted – they keep an eye on you – and had to meet with a Commander from Special Branch for these little ‘chats.’ He was fascinating to talk with. He was instrumental in bringing an end to the activities of the Portland Spy Ring – a ring of Soviet spies operating in Britain in the early 1960s. He was responsible for arresting the husband-and-wife Soviet spies, known as Helen and Peter Kroger — Americans by birth, whose real names were Morris and Lona Cohen. I loved our chats and of course, as a writer in the making, I couldn’t get enough from him; all subject to the Official Secrets Act of course.

I later went on to work for other government departments whilst my husband’s band progressed and until he decided to ‘retire,’ many years later when we went into the international music business managing recording artists, singer songwriters, and record producers and we facilitated the placement of music on to movie and television soundtracks, all over the world. 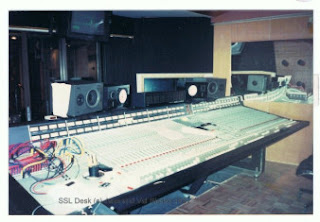 All this time I was storing my experiences away inside my head, waiting for the day when I would have time to do what I always wanted to do; write. In 2012, I got my chance when I was published in several anthologies, as well as being traditionally published — not with a crime novel, but a women’s fiction novel initially — Only One Woman, co-written with a lifelong friend, Christina Jones, who had once been fan-club secretary to my husband’s band. 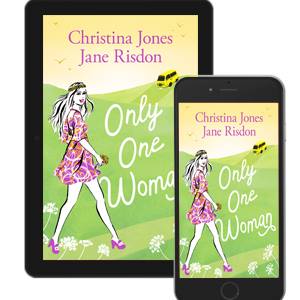 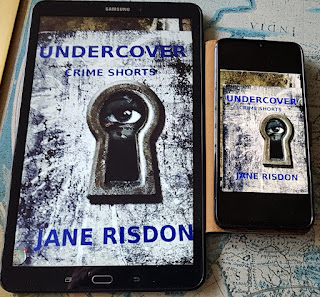 Now, my agent is looking for a suitable home for my series, Ms. Birdsong Investigates, about the former MI5 Intelligence Officer, seeking her way back into the Security Services.

In Ms. Birdsong Investigates: Murder in Ampney Parva, she is finding her feet after ‘retirement,’ and when a local woman goes missing, she sees her chance to investigate her disappearance and perhaps find a way back to MI5. Little did she know, she would soon find herself in familiar territory.

So many readers are interested in Lavinia’s progress to her new publishers, they have joined her private Facebook Group —Ms. Birdsong Investigates — where she has photos, articles, and lots of information about her and her career — no spoilers, of course. Come and join her.

I look forward to sharing Lavinia Birdsong and her investigations with the world very soon. 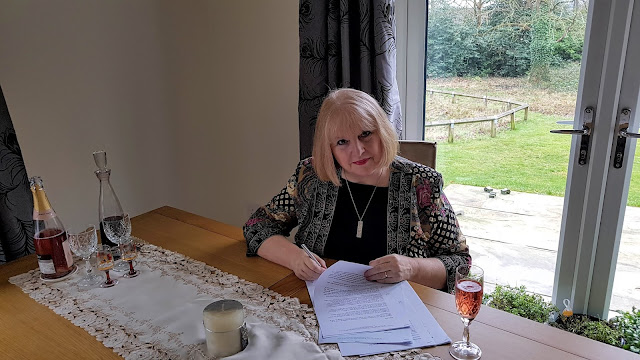 Jane Risdon is the co-author of ‘Only One Woman,’ with Christina Jones (Headline Accent) and ‘Undercover: Crime Shorts,’ (Plaisted Publishing), as well as having many short stories published in numerous anthologies. She writes for several online and print magazines such as Writing Magazine, and The Writers’ and Readers’ Magazine.

Undercover: Crime Shorts was the February Free Book of the Month on the virtual library and festival site, MYVLF.com, and her live video interview features in their theatre. She is a regular guest on international internet radio shows such as theauthorsshow.com, chatandspinradio.com and The Brian Hammer Jackson Radio Show.

Before turning her hand to writing Jane worked in the International Music Business alongside her musician husband, working with musicians, singer/songwriters, and record producers.  They also facilitated the placement of music in movies and television series.  Her earlier career was spent working in various British Government departments. 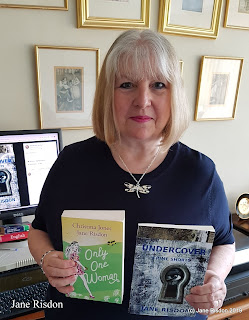 I am excited to learn that my book, Undercover: Crime Shorts, will be used this fall (2021), at Western Kentucky University (KT. USA), in an Into to Lit class, with 27 second year students. 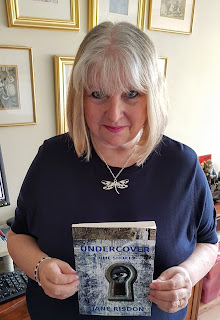 Unrelated to that, I’ve also been asked to be the lead panellist next March 2022 for an online discussion of The Intersection of Literary Fiction and Women’s Literature at LitCon, an author’s conference based out of New York (USA). Details on how to watch will be available early 2022.

You can find her on:

Posted by Allan Hudson at 06:16
Email ThisBlogThis!Share to TwitterShare to FacebookShare to Pinterest