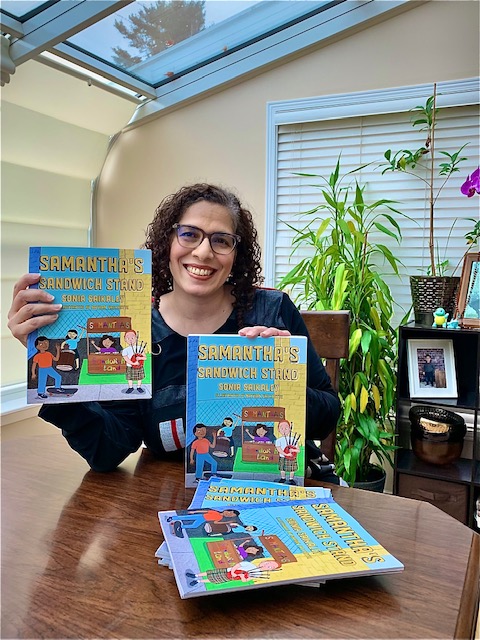 Let’s welcome Sonia back. This is her second visit to the Scribbler and she shares exciting news of her current book.

If you missed her interview, please go HERE.

From a Talking Crow to a Swooping Eagle: The creation of Samantha’s Sandwich Stand 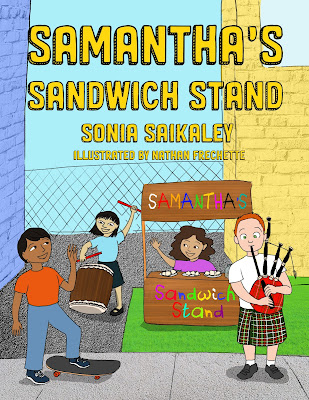 When I was a child, the closest I came to seeing myself in a children’s story was in Peter and the Wolf. Well, sort of. There was Sonia the Duck. Not that I’m a duck even though my contagious laughter could sometimes possibly be mistaken for a quack. Seriously, seeing my name in print made me feel closer to the narrative and when my kindergarten teacher read the story out loud to my class, all the children turned to me and smiled when they heard my name. I was a shy child so being the centre of attention was nerve-wracking but I loved that duck and returned my classmates’ smiles with a big smile of my own.

Growing up in the seventies and eighties, I wasn’t exposed to many books with characters who looked like me. There weren’t children with a Middle Eastern background in the stories I read and, at the time, I didn’t question this but as I got older I wondered why I wasn’t represented in children’s books and when I started getting serious about writing, I decided to create a story about a young Lebanese-Canadian girl. I named her Samantha after one of my nieces.

In my story, the character Samantha is bored and she needs something to do over the summer so like many children she wants to open a lemonade stand. This is what came to me first: lemonade. Then I googled children’s books with lemonade stands and found a huge number of stories featuring this favourite summer activity. This made me think about taking a twist on the lemonade theme so I came up with something from my Lebanese heritage, something I loved to eat on hot summer days and was just as cool and refreshing as lemonade. My mother used to make me homemade labneh (Lebanese cream cheese) and cucumber pita sandwiches and I loved eating those pita wraps. I found them light and refreshing on a humid day and even better, no hot oven or stovetop was required to prepare this meal. 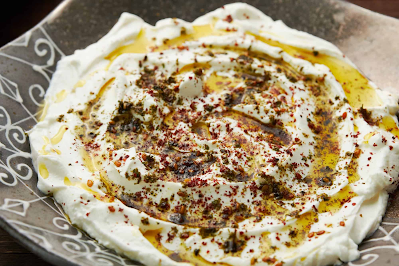 So one day I began writing this story and the title came to me easily: Samantha’s Sandwich Stand. I had Samantha packing shelves and dancing but even those activities didn’t stop her from being bored. I set the story in her father’s grocery store. My own dad had a charming yellow corner store where I’d help him stock the shelves, dust and sweep. I loved spending time in the store but, more importantly, I loved watching my dad interact with his customers. He was personable and joked with them, introducing me as Suzy. It was his nickname for me. The first draft of Samantha’s Sandwich Stand was written in 2001 when my dad was recovering from major surgery. He had been diagnosed with stomach cancer around 2000. Despite his surgery, the cancer returned.

While taking care of my ailing father, I turned to my writing. I wrote a sad and moving book called The Allspice Bath but in between I worked on Samantha’s Sandwich Stand which featured Samantha, her dad and a talking crow who snatches some sandwiches from her stand. He wasn’t a bad crow with evil intentions (although he did steal the sandwiches, he made up for it later by cawing the news about Samantha’s delicious pita wraps). This lively story lightened my heavy heart while I watched my dad fight the cancer living in his body.

When I finished Samantha’s Sandwich Stand, I saw a call for submissions to a Canadian writing contest. I decided to give it a shot and sent off the story for consideration. Although I didn’t win the contest, I made the longlist and received excellent feedback from the generous judges. I took those comments and rewrote the story and sent it off to publishers but it kept getting rejected so I rewrote it again. Instead of having a talking crow, I created a swooping eagle who could symbolize hope because in Samantha’s Sandwich Stand, Samantha gets discouraged because no one comes to her stand and buys her sandwiches. But the eagle was just one part of the story and over the years with my own different life experiences, which included teaching English in Japan, the story expanded and more characters appeared. The only original things that remained were Samantha, her dad, his grocery store and her sandwich stand.

Samantha needed her friends to help. As a result, I developed three friends who shared their own cultural backgrounds so other children could see themselves in the story too. Because I lived in Japan several years ago, I created a character named Naoko after a wonderful friend and teaching colleague who provided guidance and friendship when I needed it the most. It wasn’t easy packing up my life and leaving my family in Ottawa to travel across the world but having people like Naoko around made my Japanese life easier. Naoko even surprised me on my last day in Japan by showing up on my train and guiding me through the busy Tokyo airport so I wouldn’t miss my flight. I will always remember her waving at me and wiping her eyes while I got ready to board my flight. I had grown to love Japan and was grateful to the friends who became family. To thank Naoko, I developed a young girl who plays her taiko drum to help her friend Samantha draw in customers. Then there was another character with a Scottish background, Ethan, and named after a friend’s nephew. I also added Samantha’s caring mom and kept her encouraging dad. Jimmy rounded off Samantha’s friends and I named him after my beloved dad. At this point in my life, my dad had passed on and I wanted a way to have him live forever so I added his name to the story. There was also his yellow grocery store. 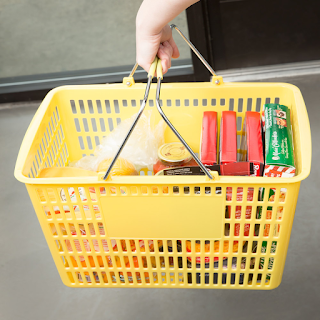 I only wished my dad could have lived to see my published books but I like to think that wherever he is, he is smiling and probably pulling some strings for me. Although it took about twenty years from that initial draft for the book to finally enter the world with the help of the amazing people at Renaissance Press and the talented illustrator Nathan Caro Fréchette, I kept on going. I didn’t give up. After every rejection, I got up again and again and kept sending the manuscript out. I failed often but with faith in myself and the encouragement of my family and friends, I remained hopeful that someday Samantha’s Sandwich Stand would see the light of day. And it has. I believe this book about friendship and perseverance will help children shine brighter in whatever dream or goal they may have.

Thank you, Allan, for providing such a great forum for writers to share their ideas and stories. I am so grateful for your support.

***You are most welcome, Sonia. Great guest like you make it all worthwhile. 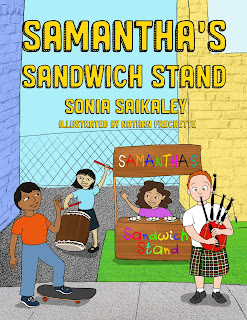 Samantha is bored. It is summer and her friends are on vacation. When she sees a lemonade stand, she wants to open one but her father convinces her to sell something different: her mother's homemade Lebanese cream cheese and cucumber pita sandwiches. But can she convince others that her sandwich treat is just as refreshing and delicious as lemonade? When her friends return from their holidays and offer to help her, along with a very hungry eagle, will customers finally come and buy her sandwiches? Samantha’s Sandwich Stand is an inspiring story about believing in yourself, accepting help from others when something doesn’t succeed at first, and celebrating each other’s differences. 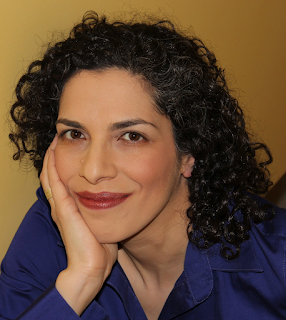 Sonia Saikaley was born and raised in Ottawa, Canada to a big Lebanese family. The daughter of a shopkeeper, she had access to all the treats she wanted. Her first book, The Lebanese Dishwasher, co-won the 2012 Ken Klonsky Novella Contest. She has two poetry collections Turkish Delight, Montreal Winter and A Samurai’s Pink House. Her novel The Allspice Bath was the 2020 IPPY Gold Medal winner and the 2020 International Book Awards winner for Multicultural Fiction and a finalist in the 2020 Ottawa Book Awards. She is a graduate of the University of Ottawa and the Humber School for Writers. Many years ago she belly-danced her way across Northern Japan and taught English there, too. She loves eating labneh and cucumber pita sandwiches on hot summer days. 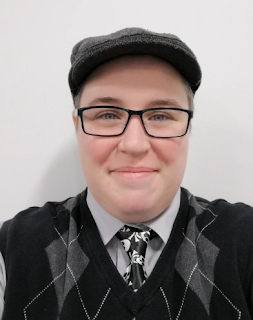 Nathan Caro Fréchette is a queer transgender sequential artist, publisher, and author. He has published over a dozen short stories, both graphic and prose, as well as five novels, three graphic novels, and two works of nonfiction. He has taught creative writing over a decade, and has a degree in Film Studies and another in Sequential Art. He was the founder and director of the French Canadian literary magazine Histoires à Boire Debout, and an editor for the French Canadian graphic novel publisher Premières Lignes. 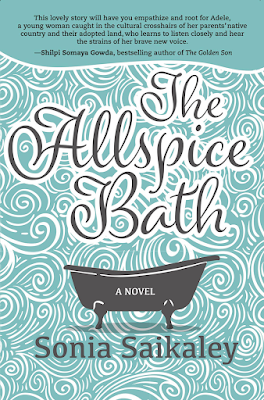 Posted by Allan Hudson at 09:09
Email ThisBlogThis!Share to TwitterShare to FacebookShare to Pinterest 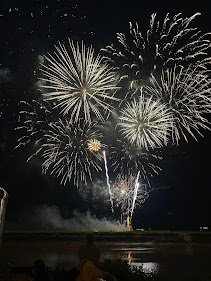 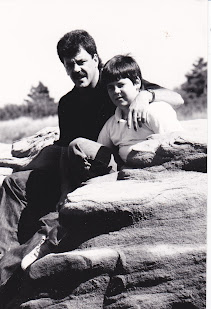 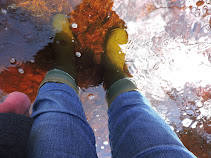 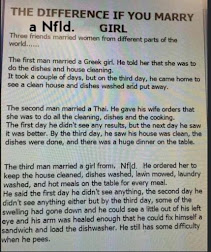