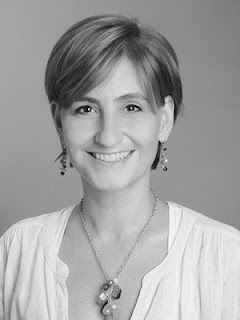 Lisette is a native of Monterrey, Mexico. EBO is her first novel and is a YA paranormal romance. It's an exciting story about vampires and love. Lisette is published by Morning Rain Publishing of Ontario, Canada. She is their first international author. The link to Lisette's website is below. Following is an excerpt from her novel. 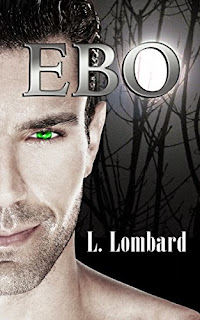 I impatiently awaited nightfall. Just an hour or so of sun left before it would all be over. It appeared endless and pointless to me. As the chief had promised, the whole village dressed in dark; singing and dancing to joyous tunes as laughter filled the air. Clay pots, filled with food to the brim, covered the tables set along the main courtyard. People from nearby villages had arrived too. Some observed as I walked amongst the Ashanti, others did not notice, yet no one approached or made mention of me.


Josephine came and went from my side, the small mutt always at her heels. Not once did she laugh. Her feet did not dance to the merry rhythm of the instruments played by skilled musicians. She did not cry, either, yet her eyes told me the whole story. Every time those bright green eyes looked into mine, another piece of my heart was chiselled away.


Never did my eyes leave her. My gaze followed her throughout the day, trying to decipher what she might be thinking. She never spoke, but observed all that happened with the curiosity all children her age must have.


Everyone approached Josephine with gifts. She was presented with beautiful necklaces, rings, earrings, and bracelets made from an assortment of materials: leather, beads, elephant hair, and ivory. Elaborate dresses made by the women, embroidered with beautiful detail. Every time someone handed her a gift, she would look up and nod her head in appreciation, wearing a polite and faint smile on her face.


More than once I recognized a shadow of concern on the cheerful faces of the gift bearers. Josephine’s eyes conveyed the sadness she felt in her heart, but all were surprised by the mature way with which she conducted herself. Such restraint and poise were not normal in one so young. After receiving the offering, she would observe it quietly, turning it this way and that in her little hands and then pass it over to me for safekeeping. After the first dozen or so gifts, I had to turn to Ekuwa for help. She, in turn, stowed them away in Josey’s hut to be packed that night for her travels home.


The chief watched over the whole ceremony. Alert, and always informed of my whereabouts, he tried to anticipate any trouble I might cause. Twice I was asked to his side, and I understood he was assessing my mood, just in case I decided to end the whole ordeal, or maybe snatch the girl and disappear.


Without a clear idea of what weapons or pleas he thought he could use to stop me, at times I was amused, and at others awed by the man’s courage. He must have known in his heart that I would behave – for Josephine. As dusk approached, the chief walked over to where Josephine and I sat watching dancers move to complicated tunes the musicians played. Taking a seat next to us, he spoke, “Josephine, I know you are in pain. There is not much I can say, or do, to make your heart heal faster, but it will heal. I promise you this: you will always have a home with the Ashanti. Your hut will always stand ready for your return, be it for a visit, or permanently. All Ashanti generations to come will know of your existence and receive you as a sister. You will be reminded of this from time to time, so your young memory will not forget as you grow. Part of you is Ashanti now.”


Unfolding a cloth, the chief revealed two bracelets. Each consisted of a single solid band of gold, about half an inch wide, and each had two solitary diamonds embedded on top. They were simple, yet beautiful. There was something about the bracelets that made me want to touch them, but I held back as he handed them to the child.


Josey looked at them with curious eyes. She tentatively touched the diamonds and turned those wide emerald eyes on the chief, then on me. A tear formed, but it did not spill as she placed her arms around the chief’s neck, hugging him tenderly. Then she straightened and extended her arm for him to secure a bracelet on her wrist while she took the second one with her free hand. 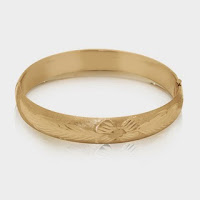 Once he had adjusted the bracelet, she turned and with sure fingers placed the second bracelet on my wrist. I was surprised, but it somehow felt right. Looking into my eyes, she held my gaze with such intensity that I felt the world spin around me – and she was gone, running, brown hair fanning behind her shoulders, to show Ekuwa her new prized possession.


“What is this?” I asked the chief as he sighed, his eyes following Josephine. “She has been presented with numerous gifts today, many are beautiful and colourful, yet she has only shown real appeal for this one. She is too young to know the difference between gold and other materials. Why is this so special to her?”


“There is something unique about this child,” he answered. “She knows this is meant just as she interpreted. The bracelets are meant for both of you to wear. I confess to also using them as a test. I have watched her carefully since you arrived, more so since her parents died. Her reaction assures me she is more than we see, and the connection you feel is just as strong for her. The bracelets will keep your connection no matter how far you are from each other; although in your case I doubt any charm or magic is needed to ensure that.”


“Thank you.” I was touched by the gesture. What was it with these people? If I had only known that night – standing at the edge of the village not long ago – how my essence was to change, I probably would have walked away. So many human feelings, forgotten over a century, now so raw on my skin, in my mind and heart. Yes, if I had only known... now it was too late. 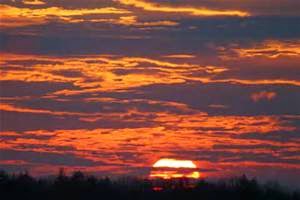 The sun set over the horizon, and just as suddenly the music stopped. Josephine was heading toward me at that moment. Lowering her precious auburn head, she stopped to think for a minute before taking my hand. Tugging lightly, she led me to her parents’ bodies, which lay on a platform to one side of the courtyard. Flowers surrounded them, beautiful bright flowers of all colours and sizes. Sweet incense burned all around them. Just sleeping, I thought. I hope she remembers them as sleeping.


“Ebo.” Her voice was clear as stream water, the first word she had spoken all day. I almost fell to my knees with pain. “They are gone, Ebo.”


This time I did fall, pulling her tight against my chest as I knelt on Africa’s red earth. Tears finally came. She held on to me as her body heaved with uncontrollable sobs. Not the wailing I have heard other children make, just deep, heart wrenching sobs.


Everyone in the village watched. They were not allowed to cry, but I sensed the sorrow pass from corner to corner of the village as sure as wild fire on dry brush.


The minutes were patient as I knelt with her in my arms. Eventually her breathing evened, and her sighs came at longer intervals. She raised her head from my chest and looked into my eyes again. I found it unbearable, for it was I who had brought her such sorrow. There was no reproach in her gaze – still too young to understand that because of me, Mulos had wrenched from her what she loved most.


As I stood, ashamed of myself, she beckoned me to carry her, stretching her little arms to me. I carried her back to her hut. Ekuwa followed closely, but my stare was enough of a warning for her to let us continue alone.


Lost in thought as we advanced, I startled as Josephine’s body stiffened in my arms. “Josey?” Then the scent hit me. Hissing, I swung the child across my back and crouched low to the ground in one flowing motion as she instinctively held on with all her might. Every muscle in my body tense, I concentrated on where the danger was coming from. I had been too distracted, absorbed in her sorrow, to sense his arrival. I should have anticipated – been ready for him.


“Ebo. The monster is back,” she whispered in my ear. 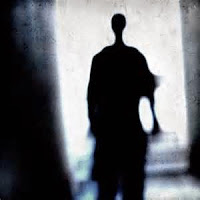 How had she known so soon? Had she seen him? Scanning the land, I tasted every scent, vigilant for movement or sound. He was alone, disguised as... what was it? Where was he?


Sensing the chief, I turned to find fear, anger, and a million questions alive in his eyes. I nodded, confirming danger was amidst us, and continued scanning my surroundings. By now everyone was still. The soft rustle of leaves could be heard, every night sound amplified by the villagers’ silence.


The chief raised his arm and lowered it slowly. Huddling in groups, all women and children crouched low to the ground, with the young ones in the centre. The men stood tall and strong, alert.


“Josey, do not let go unless I tell you,” I growled. My voice ran a shiver through her body, but still she held me tight.


Close by, Ekuwa longed to take the child. I motioned for her to stay still, unable to decipher where Mulos was hiding. The scent moved too quickly. North, south, northeast.


“Damn,” I hissed. “Mulos! Show yourself!”
EBO is no doubt a story worth reading. Thank you Lisette for sharing an excerpt from your novel. This is the link to Lisette's website where you can learn more. http://llombard.weebly.com/
Please drop by the Scribbler next week and read teasers from the five short stories featured in my second collection. SHORTS Vol.2 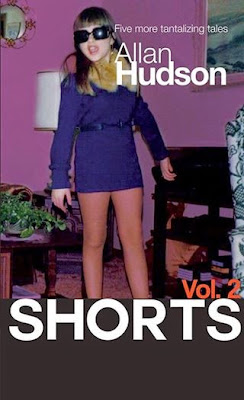 Posted by Allan Hudson at 07:08
Email ThisBlogThis!Share to TwitterShare to FacebookShare to Pinterest