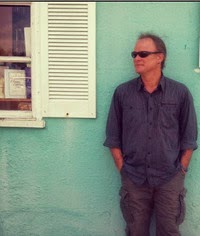 The Scribbler is pleased to have Tim Baker as a guest author this week. Tim was recently featured on the 4Q Interview. He is an accomplished author with ten books to his credit. Tim was born and raised in Warwick, Rhode Island. After graduating from The Wentworth Institute of Technology in 1980 he embarked on a career in Architecture and Engineering. Along the way he has also worked in the natural gas industry, construction and ice cream sales. In his spare time he enjoys a wide variety of activities including sports of all kinds, music, motorcycles, scuba diving, and, of course, writing.
An avid dog lover, Tim was a volunteer puppy raiser for Guiding Eyes for the Blind, raising and socializing potential guide dogs. Find out more about Tim by clicking his link below. Thank you Tim for sharing part of your story. Get the novel here  Read more about Tim on his website .


Next week on the Scribbler the 4Q Interview will host Susmita Bhattacharya of Cardiff, Wales when she answers 4 questions regarding her latest novel. Susmita has been featured as a guest author on the Scribbler previously. A very talented writer. 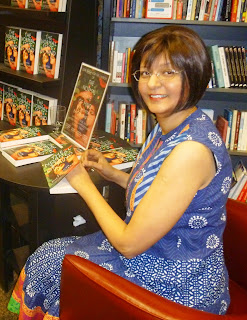 Posted by Allan Hudson at 07:38
Email ThisBlogThis!Share to TwitterShare to FacebookShare to Pinterest