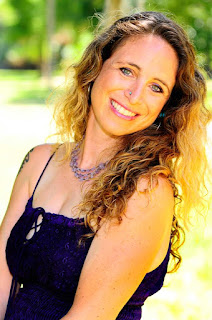 Becky Pourchot is an author, a  writer and a purveyor of fine pastries. She loves ghosts, the silver moon ...and the occasional double cheeseburger. Originally from Madison, Wisconsin, she now resides in Flagler Beach, Florida. You will find her links below as well as the link to her paranormal talk show, That's SO Bizarre.

Today's short story is from Clutch and Throttle

Clutch and Throttle: Tales From Daytona


Living and riding in the heart of America’s motorcycle mecca has given newbie rider Becky Pourchot and forty-year biking veteran Tim Baker an array of unusual tales.


In a “his-and-hers” collection of short stories, these authors reflect on their journeys, while providing insight into riding and life.


Ride along with Clutch and Throttle to learn not only how they got their respective nicknames, but how their views from behind the handlebars are the same…
…yet different. 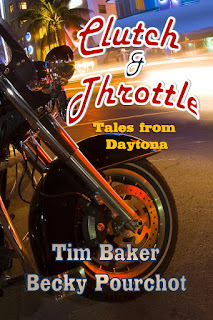 Posted by Allan Hudson at 08:33
Email ThisBlogThis!Share to TwitterShare to FacebookShare to Pinterest