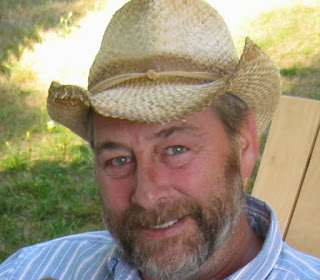 Lockie Young is the only author I know personally whose work has been stolen. Yes, someone stole one of his short stories and posted it on their blog. It went viral and was shared thousands of times and commented on that is one of the funniest stories ever. He was rightfully "pissed off".  Just shows how good this guy really is even though he never got paid for the entertainment.

Locks is a regular guest on the Scribbler. He lives in Albert County with his wife Trish. A published author with a Young Adult series of novels as well as many short stories. A clever story teller and a poet.

This week on the Scribbler he has agreed to share both and tell us a bit about each one.

Copyright is held by the author. Used with permission. 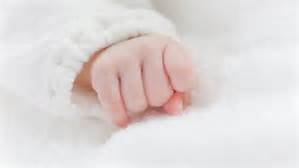 
What gift is this?


And crooked smile…leads us to think


Of the wonder of it all.

Tiny angel in my palms.


My hands wrinkled with age and wisdom, hold you strong.


My thoughts travel through time as I look in your eyes


Reminding me of times


When I held your parent, just as fragile.


Oh my how time flies.

I wrote this poem around the time of the birth of my first grandchild. I think the things I thought and expressed at the time are shared with every grandparent who holds their grandson or granddaughter for the first time. 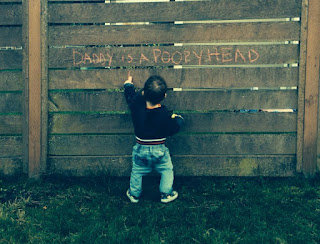 
Miles in between, sights have been seen


In your big voice crashing


In your dragon quest


As you pull for all you’re worth.


Now my eyes cloudy with age

This poem, also about my grandson was inspired by this picture taken by his dad. When they visited in the summertime, the little guy loved to pet the dogs and gently pull their tails, and I can still hear his child’s voice shouting as he ran from one end of the house to the other, so full of energy and play. They grow up so fast.


Walking from here to over there.


Walking from here to everywhere.

African sun beats down on my head


No food in my tummy, no soft place for bed.


Tho hungry and dirty I have no shame.

I want to live on, to love and to laugh


I want to belong, forgetting my past


So much death, so much sorrow


Will I see some hope tomorrow?


Food in my tummy and off of the street


This is my home now with people to love


This is my hope now, sent from above.

In 2008 I had an opportunity to visit South Africa with my family. While we were there we were going to visit an orphanage in a neighboring country called Swazi Land. Swazi Land is a landlocked kingdom, and is a very poor country with some alarming statistics. At that time the average life expectancy was 35 years of age and due to education has recently rose to 5o years of age as of 2013. In 2002 the World Health Organization reported that 64% of all deaths in Swazi Land were caused by Aids or Aids related diseases.


My Mother in law was over there as part of an educational contingency to educate the Swazi people about the dangers of unprotected sex, among other things such as hygiene and proper nutrition. According to her, and not a widely publicized opinion there, the King did not believe his people were poor, and therefore there was no need of any orphanages or any support for them. The consequence of this was very bad, because clearly over half of the population was dead or dying, and as a result, there was no middle aged population. This meant that grandparents were left to rear children, as in many cases both parents and even older siblings were dead because of this terrible epidemic. As a result I wrote Diary of an Orphan after my visit to one of the many non-publicly funded orphanages in that country. It is written from my imagining what a young girl or boy would experience when there was no one left to care for them. 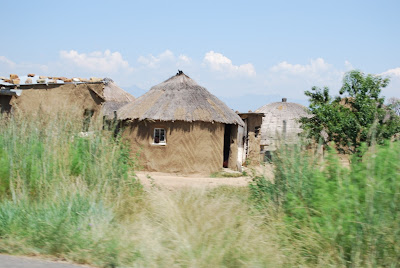 The water leaked from my eyes and made snake trails down my dusty face, just to fall from my cheek onto the mud floor of my house, in silence.


My mother, father and brother, the others… are all dead. They had the sickness and they left me a long time ago. I hope I don’t get the sickness.


Grandmother has looked after me for so long now, but she has left me too.


Now I am all alone. My belly is sore again. When I eat my belly feels good and is not so sore, but now it is sore again, and I am so afraid.


Like the water from my eyes fading into the dirt of the floor, they have all disappeared.


She is a nice lady and she smells like clean sweet grass growing in the fields.

We left the village and took the dirt road that leads to nowhere. It was a very long trip, and when we came over the last hill I saw a place in the distance. It was all wavy from the heat of the road but it became clear as we got closer.


There was a big building in the center of this village. It had two sticks on the very top of the roof, and they were white. The nice lady who brought me here said she was teacher, and the big building was called church. She said a man named God lived there, and that someday I would meet Him. It was a fine house.


Teacher brought me to another building where there were lots of boys and girls my size. The floor was different then my home. It was made of wood. And there was food for my belly, and my belly told me it was going to stop the pain. That night I slept in peace, and did not dare to dream.


I awoke in a strange place, and was very scared. I could see the sunlight just peeking under the door, and then I remembered everything. I was safe. I was near God’s house and today I would meet Him, and see Teacher, and the other children who were here with me also greeting this new day.


After some good food, which made my belly quiet, I went to the house called school, where Teacher was to be. I liked this place and I had a warm feeling in my heart. It felt like when I hurt my toe on a sharp rock, and I went to Grandmother, and she held me and talked softly to me and said I would be safe. This was safe, and warm, and even if Teacher was not Grandmother, it felt the same and I was happy to be in this place.


Today I went to God’s house. He was not there but his friend who looked after God’s house was there, and he said welcome. He said that God was always in His house, even if we could not see him. He said God would always love me no matter what. I thought of Grandmother. I could not see her but I knew she was there, and that she would always love me too. I think God and Grandmother are a lot alike, and that makes me feel warm inside.
Thanks again Lockie for being our featured guest.
Find more of Lockie's work here.
The Legend Returns: 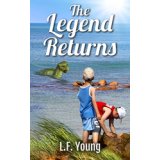 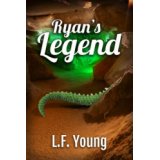 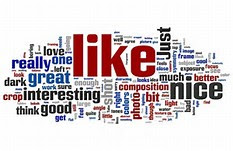 Get your thoughts in gear, drop down a bit and leave us a comment. Would love to hear from you.
Posted by Allan Hudson at 09:04
Email ThisBlogThis!Share to TwitterShare to FacebookShare to Pinterest