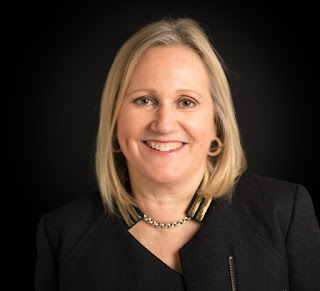 Carol Cooper is a British doctor, journalist and novelist.
She practises medicine in London and writes for The Sun, the UK’s best-selling newspaper. After a string of parenting books and an award winning medical textbook, she turned to writing novels about thirty-somethings looking for love.
Like her fictional characters, Carol lives in leafy Hampstead, North London. Unlike them, she got married again in 2013. She loves a happy ending.


The intertwined lives and loves of six North Londoners gets complicated as a heat wave brings emotions to a boiling point. The mother panics about her child, the journalist struggles to pay her bills, the new chef cooks up trouble, and even the sensible doctor loses his head when the mercury soars.


Following is an excerpt from Dr. Cooper’s “just published” novel. Copyright is held by the author. Used with permission. 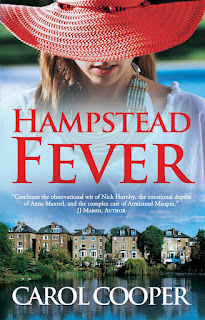 "Comment vas-tu, chérie?" shrieked Tante Lina before she and her sister had even got through Laure’s front door.
"And how is your darling little boy?" Tante Victorine's voice would have been useful had telephones not existed.
An opening round of kissing. An avalanche of lipstick. A haze of Diorissimo, as always.
Despite being tired, Laure had made an effort for Tante Lina and Tante Victorine. One had to, after all. That meant tinted moisturizer, a slick of lip gloss, a little mascara, and a whole lot of blusher.

Laure put the kettle on. To Laure, Earl Grey tea was like drinking cologne, but her aunts loved it. They were from the Lebanese side of the family and they worshipped everything British, especially The Times newspaper, Harrogate toffee, Marmite, the Houses of Parliament (though they understood little of its workings), and cricket (which they understood even less).
They were eager to see Jack, for whom they had brought a present, a pale blue all-in-one thing from Harrods, no less.
"Une barboteuse, chérie," explained Tante Lina.
Laure thanked them profusely, although a dry-clean-only garment in merino wool was a bit impractical, especially this August.
"Now let me see him!"
Laure led the way to Jack's cot. "He cries a lot. He's a terror at night."
The two widowed aunts elbowed each other out of the way to admire him.

Lying in his cot clutching a corner of his favourite blanket, Jack didn't look much of a terror. His lashes rested on his golden skin and his fair hair had curled in the sweat of his slumber. Then, just as Laure thought he might stay quiet all afternoon, he stirred and started up with a whimper that changed to ‘Uh, uh, uh’ before threatening to develop into a full-blown cry.
After a quick sip of tea, Laure picked him up and jiggled him up and down. Jack remained tetchy.
"He's a real challenge today," said Laure. When he cried, it wasn't just exhausting. It was worrying. If she couldn't console him right away, wasn't there always the chance that he might be ill?
"Let me take him," said Tante Victorine, gold bracelets jangling.
"I'll hold him," said Lina. "I hardly had him at all last time."
"Vraiment chérie, your memory is getting very poor. You played with him all afternoon and I didn't get a chance. I don't know what I've done to annoy you, I'm sure."
"Well, OK. But if your arms get tired..."
Laure handed him to Tante Victorine. Jack was heavy, but Victorine showed no signs of dropping him. She clasped him to her chest and held him close.
"Gimp," went Jack.
Laure thought his language skills were average for his age, but the aunts looked at each other as if Jack was a genius. Neither had raised a child. Victorine's baby died an hour after birth, the same year Laure was born.
Miraculously, Jack fell asleep again, loosening his grip on the blanket. His hand now hung on the side of Victorine's dress. Laure smiled at her aunt and noticed her eyes were glistening.
"Well," Laure said. "Anyone for another cup of tea?"
"S'il te plaît, ya ma chère," replied Victorine as she stroked the nape of Jack's neck and smiled. "He is very beautiful. Helou awi." So beautiful was he that Victorine had to break into a uniquely Lebanese mix of French and Arabic. Being Christian Lebanese, they mostly spoke French, but, when in the presence of great beauty like a pretty child or perfectly stuffed vine leaves, only Arabic would do.
Victorine was right, thought Laure as she boiled the kettle. Jack was gorgeous, only not at three in the morning when you'd just managed to get him to doze off.
Lina took her cup. "Merci, chérie."
"Yiy," said Victorine as soon as Jack surfaced again. "His eyes are exactly like yours."
She had said exactly the same thing last time, right down to the very Arab expression yiy.  "True," Laure agreed. "Dan's eyes are completely different."
"And he has your hair, not Dan's," Victorine pointed out.
That was true too. Laure knew Dan had gone bald in his twenties. The half dozen hairs left on his head got shaved on a regular basis. It suited him.
Lina gave a sideways glance. "How is Dan?"
“He’s well,” said Laure. She told them about his recent radio interview.
"La radio!" said Victorine. "Wonderful!"

Lina appeared to reflect as she drank her tea, her little finger crooked. "Quand est-ce que vous allez vous marier?" She gazed over the rim of the cup, waiting for a reply.  She hadn't asked Laure about getting married for a long while now, maybe almost a week. In the aunts' opinion, cohabiting was for lesser people, like the kind on Big Brother. Clearly their niece ought to aspire to better, especially at the age of forty.
Laure shrugged. That was the same answer she always gave people who talked about marriage. Jack bonded them together for life and there was no reason to get hitched, unless you worried about inheritance tax.
The aunts were assessing her response. Laure finally got off the hook with, "Maybe one day. We'll see."
Jack finally became too much for Tante Victorine, who handed him over to Tante Lina's waiting arms.
"Ism’ Allah," said Lina when she took his full weight.
Laure congratulated herself for having persevered with breastfeeding. Over a year now. Her friends said she should have stopped long ago, but what did they know of all its benefits, or the satisfaction it gave her?
Tante Lina made Jack comfortable on her lap. He was quietly awake now. Laure half-hoped Jack would give just a sampler of his howls, but he seemed content in his great-aunt's arms.

"He's such a good baby," remarked Tante Lina. "Smells beautiful too," she added, inhaling the top of his head. It was a wonder Lina could smell anything when she had drowned herself in Diorissimo.
"Yes, he's very good," Victorine agreed.
Laure refrained from inviting them to pop round in the small hours of the morning.
The aunts took the customary pictures on their phones, with each of them holding Jack in turn, while saying repeatedly how stupid they were with technology, and how all the photos would be nothing more than close-ups of their thumbs.
"I have no idea how it came out so well, Laure chérie, but I have a nice one of you here," said Victorine.
It wasn't bad at all, thought Laure. Her aunts were a lot more capable than they pretended.
Lina grabbed the phone and studied it carefully. "Chérie, you look really lovely. And what a figure you've kept!"
Victorine chimed in approvingly. "It's good to look after your looks. Men stray when you let yourself go. Not that your Dan would do such a thing, of course," she added. "But, you know."
Laure didn’t bother chiding her. The aunts had such dated views of the sexes.
Lina and Victorine left some time later, bound for Oxford Street to check out some boring middle-aged fashions. Laure then remembered that she could already be classed as middle-aged herself, though she didn’t feel it. 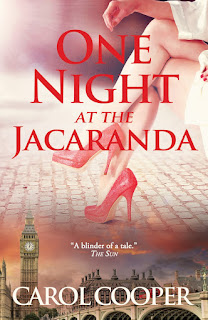 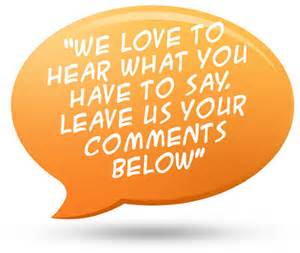 Posted by Allan Hudson at 08:07
Email ThisBlogThis!Share to TwitterShare to FacebookShare to Pinterest