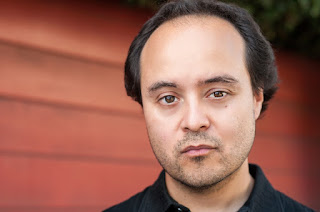 Daniel Cubias has been a professional writer/editor for more than a decade, specializing in Hispanic culture. His articles for the Huffington Post and Being Latino magazine have provoked thousands of reader comments over the years. Furthermore, he is the creator of the website the Hispanic Fanatic. His fiction has been published in numerous literary journals and won several awards. In addition, he has ghostwritten a book for a Hollywood costume designer, worked on the desk of the Hollywood Reporter, and edited over 100 books.

His new novel, Zombie President, is being serialized online. It is about a defeated presidential candidate who comes back from the dead to take the White House by force and to win the country’s heart in the process. The book is a horror/black comedy about getting the kind of leaders we deserve.


Links for Daniel are listed below. 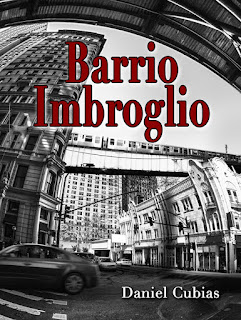 Barrio Imbroglio (excerpt)
Copyright is held by the author. Used with permission

I felt bushwhacked and bitch-slapped.


Up until that point in the evening, I had been perfect. My eye contact was steady but not creepy. I exuded confidence without any bitter overtones of arrogance. And I even got her to smile once or twice.


Then my damn phone went off. She looked at me, confused, and I ignored it. The thing rang again a moment later, and I fumbled to silence it. That failed miserably, because a stream of trills indicated that text messages were flowing quickly toward me. And then it rang eighty-eight times in five minutes. 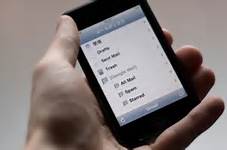 I answered my phone and didn’t get the first syllable of “Hello” out before the familiar, wince-inducing voice of that ditz rammed into my ear. I hung up on her when she wouldn’t stop caterwauling, and I sighed.


It was the Moment. By that, I mean the instant that changes your life. For most people, it’s meeting your future spouse, or seeing your first kid get born, or getting that acceptance letter from college, or stepping off the plane into your new country. It’s supposed to be something majestic like that.


I put the phone back into my pocket and turned to the woman seated across from me. Sasha was stunning, a blind date gone right for once. Like a lot of Hispanic men, I went for the fair-skinned beauties. Specifically, blondes in black jeans — like Sasha — had always been a serious problem for me. Then again, I wasn’t exactly looking for a solution.


“But we just ordered dinner,” Sasha said. “Expensive shit too.”


“Yeah, but apparently, someone has just been murdered, and I need to drive across town to check it out.”


“You’re a detective?” my date said, a flash of excitement crossing her face.


“What? No, I’m in computers. I told you that over the appetizers.”


“Oh, yeah. An IT guy,” she said, her enthusiasm morphing into disappointment. “I really wasn’t paying attention when you said that.”


A moment later, I walked out the door while mumbling vague apologies to Sasha. She ignored me and dialed her phone, making impromptu plans with an ex-boyfriend named Jimmy or Johnny.


“This asshole just called off our date,” she said into her cell. “I’ve got nothing better to do, so I might as well come over and jump into that sex swing in your living room. You know, for old times’ sake.” 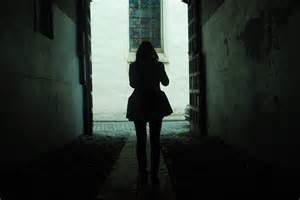 I said goodnight to Sasha, but she was already deep into dirty talk with Jimmy or Johnny. So I turned and hurried toward the parking garage.


Delta’s phone call had unnerved me, of course. And my distracted state, combined with my haste to get to Hugo’s place, meant my perception was not as sharp as it should have been. Perhaps that’s why I didn’t immediately register what had happened to my car. Or maybe I was busy visualizing my date clambering into Jimmy or Johnny’s sex swing.


Regardless, it was only after I opened the driver’s door that I paused, stepped back, and looked at my car. That’s when I saw it.


Someone had spray-painted the words “Fuck Police” on the vehicle’s side.


I wondered if the taggers had meant “fuck the police” or “fuck da police” but were so time-pressed that they dropped the article and ruined their gangsta homage. Or perhaps they meant it as a literal statement, in which case they were most likely police officers themselves and were advising citizens to take on a cop lover. Or maybe the dripping words were the tag of a local gang, the fierce and dreaded Fuck Police, and members were just marking their territory. Regardless of the origin or significance of the spray-painted display, however, I could not figure out why they had earmarked my piece-of-shit Hyundai with 180,000 miles on it to make their bold statement. 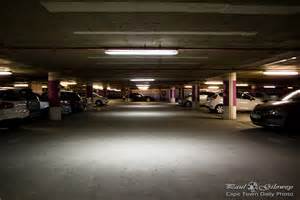 And I couldn’t even get my parking stub validated. So I left the parking garage and drove all over town with the words “Fuck Police” in bold red paint staining the entire side of my car. A few pedestrians read the manifesto while I waited at stoplights, their eyes flitting to me for explanation, but I just shrugged at their baffled looks. Nobody offered me an interpretation. It would remain a mystery.


In any case, it was a long drive to Hugo’s restaurant, which was where Delta had originated her frazzled phone call to me (at least I thought she had said that before I hung up on her). As the blocks whipped by, the neighborhoods went from upscale sophistication to strip-mall blandness to struggling bohemian enclave to abject shithole. Then it started a fresh cycle. I had lived in this city, East Phister, my entire life. I knew it was a vast amalgamation of freaks, nutjobs, and social deviants — spiced up with the addition of the shrill, the hyper-religious, and the criminally insane — all jammed into a hundred godforsaken square miles in the American Midwest. But hey, it was home.


I turned onto Seconth Avenue, so pronounced because the city had labeled the street signs “2th Ave,” either in a fit of dyslexia or avant-garde civic boosterism (it was never determined which). That wasn’t as bad as a few blocks over, which was labeled “5rd Ave.”


I drove past a psychic’s shop that Vic had once dragged me into for kicks. We wound up not being amused at the psychic’s earnest declaration that Vic and I were doomed to lives of unbearable torment and raging inferiority. We didn’t tip her. I noticed that the place was boarded up now, with a sign outside that read, “Psychic shop closed due to unforeseen and unpredictable circumstances.” 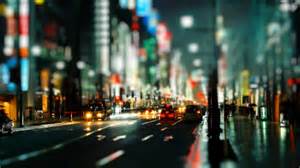 Up the block, the fledgling restaurant row kicked into gear. It was mostly Mexican establishments, with a few Central and South American diners interspersed, and a couple of ancient Irish taverns still hanging on. The city was proud of this oasis of multicultural entrepreneurialism, and the mayor had christened the area El Barrio, possibly the least imaginative appellation for a Latino neighborhood ever. Beyond the press releases and self-congratulation, however, the fact remained that upscale East Phisters were still terrified to come to this part of town. The stretch included pawnshops, tattoo parlors, and a dilapidated gas station/convenience store called the Pump N’ Munch. None of it screamed, “Date night for suburbanites.”


When I got to Hugo’s place, I double-parked, hoping that the city would be merciful and tow the damn car out of my life. I rushed toward the swirl of police lights and the jabbering, jostling crowd in front of the Ferrocarril restaurant.


Until that moment, I had assumed that Delta was exaggerating in her endless quest for drama. Surely, no one had been murdered. I had only hurried down here just in case something mildly bad was transpiring to her or Hugo. But the police presence and the excited throng of onlookers convinced me that some serious shit had indeed gone down inside. It took a lot to get this many people worked up in El Barrio.


After all, this was a neighborhood populated with immigrants from Latin American hellholes. They were used to death and devastation smashing into their homes, taking a seat on the couch, and never leaving.


And their kids — the first-generation Americans — maintained badass demeanors despite the fact that the neighborhood was no longer quite so thuggish. Hell, the place was getting more and more gentrified every day. I couldn’t imagine even the most fearsome cholo preserving his street cred when he walked into the newest neighborhood addition (a Starbucks) to order a no-foam, half-caff double latte.


Still, my old neighborhood instilled a certain detachment in its residents, as if they had seen it all and would merely scoff if drug-runners from Guadalajara opened fire on the streets with AK-47s. But urban cool was not on display tonight. This was a real-life, genuine, first-degree crime scene, and its exoticness captivated the residents.


I couldn’t get in the front door with all the cops milling about, so I stepped into the alley off 99th Street. The backdoor was unlocked, as usual, and I walked into the kitchen.


Perhaps this wasn’t the best move. Clearly, the panicky young guy who stood there waving a gun at me didn’t think so.


No, he didn’t approve of my arrival at all.


Dear reader, please take a minute and leave a comment.

Posted by Allan Hudson at 07:13
Email ThisBlogThis!Share to TwitterShare to FacebookShare to Pinterest