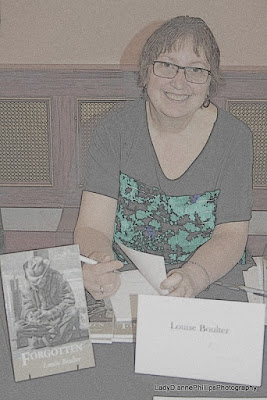 Louise has been a guest several times on the Scribbler and we are fortunate to have her as our guest this week. Her novel is an exceptional story and we have posted a previous excerpt. See it  here  There has been such a terrific response to her story that we asked her to share it one more time.


My book 'Forgotten' is about a man who, after a brutal attack, wakes from a coma and does not know who he is or where he is from. All he has to go on are initials on a wallet the police found, as well as a picture of a woman and a young girl hidden inside the wallet. He makes his way across Canada in the hopes of finding who he is. Along the way, he becomes homeless and his outlook on life changes.

Part of the proceeds from the sales of the book goes to local soup kitchens and shelters. Thus far, I have been fortunate enough to donate over $1,900.


Here is one of many reviews I have received:

“I read this book over two days and found it really difficult to put down. Not only was the topic of homelessness front and centre — an engaging issue that could always use more attention — it was also well written, with a beautiful storyline that enlightens along the way.
Warning to readers; This book can open your eyes to realities that demonstrate homeless people are just like us, except for one turn of fate.” – Andy L., Former ATV News Director, Dartmouth, N.S. Canada

The cover photo was given to me by the wonderful Moncton photographer, Serge Martin. 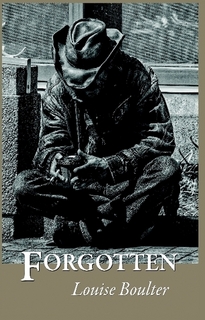 Below is an excerpt from my book:
(copyright is held by the author. Used with permission)


The only thing that keeps me alive is the hope of finding the woman and child in the photo. Night comes and I’m again not able to get a cot at the Salvation Army. They’re full. Back to the streets. Huddled around those I now call friends. It’s only 6 p.m. and I’m starved. One guy sees the look of hunger on my face and approaches me.


“Hey, Tee.” I’m surprised he remembers my name since we’ve only talked once or twice.


“I know where we can get all the hot coffee we want and some damn good donuts, maybe even sandwiches.”


“Lead the way, Chuck.” He’s likely full of it, but I’ll humour him. Either that or he’s planning on robbing the nearest Tim’s. But he’s serious. He tells me he goes to AA meetings about three times a week.


“They’re a nice bunch there. Don’t judge me neither.” I look at him. I know he drinks whenever he can get his hands on stuff, but he’s also a good guy. Last week he brought a half dozen sandwiches wrapped in napkins for those of us gathered around the garbage can. Didn’t tell us where he got them. Some said they didn’t need anything, but he insisted. So what if he drank? I’d drink too if I were him. As a matter of fact, if I had any money, I’d drink every day, just to ease the pain in my back.


Thank you Louise for sharing an excerpt from your compelling story. Looking forward to your future work. 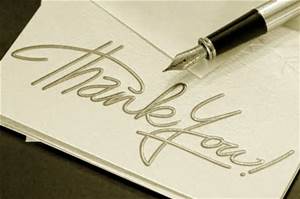 And thank you to you, the visitor. You are what the Scribbler is all about. Please feel free to leave a comment below.
Posted by Allan Hudson at 06:17
Email ThisBlogThis!Share to TwitterShare to FacebookShare to Pinterest