The Scribbler is privileged to have Ivan “Doc”
Holiday back for another visit. With a new manuscript under his belt, he’s here to talk about his latest work. 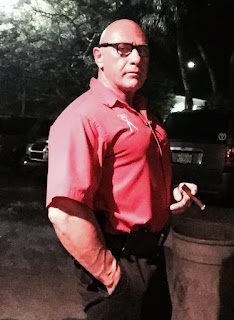 Ivan has been a guest previously with an excerpt from his last novel – Roadhouse Legacy. For those that missed it, please go HERE!


This week Ivan has agreed to a 4Q interview.


Ivan Holiday Arsenault was born in New Brunswick, Canada.
At 59 years old, Ivan “Doc” Holiday has worked a total of 55 nightclubs and bars, in both
the US and Canada, this is not counting the other 150 honky-tonks, dives & shitholes, he has worked
short stints in over the past 36 years.
He is recognized worldwide as a leading authority in the field of nightclub security.
Ivan is the author of 5 books -
“The Bouncer’s Bible – The Art and Science of working the door” ,
“The Cooler's Grimiore -The Comprehensive Instructional Guide to Nightclub & Bar Security”,
“Sun Tzu & The Art of Bouncing”, "The Bouncer’s Bible 2nd Edition" and 'Roadhouse Legacy'.

In 1999 he produced the World’s First Nightclub Security Instructional Video under the Bouncer's Bible DVD title.
In 2012 Ivan produced the World's first Bouncer produced & performed music video 'Pain Don't Hurt'? the lyrics written by Ivan.
In 1986 he invented The CRV Child's Riding Belt & was nominated for an Honorary PhD. from the University of Alberta Canada, in recognition of his creation of the CRV Riding Belt and its contribution toward the rehabilitation of paraplegic children.
In 2008 Ivan deployed to IRAQ as a Honeywell Defense Contractor to train US Army soldiers in a new Stryker Recovery System.
Ivan has a PhD in Correctional Psychology but considers himself a 'self-educated man'.
Ivan is an America Mensa member with a WAIS-III IQ of 144.

4Q: What is the title of your forthcoming novel and tell us about it.

IH: The Title of my new novel is 'Merlin Ragnarr & The Book of Lies' 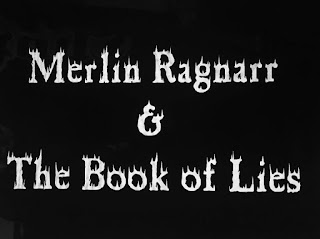 Basically its a Fantasy novel about a one and only college of Viking magic called “Şeiðrune School of Sorcery”. Only teens of Viking heritage that possess Şeiðr Blood (Magic blood) can enroll. I made Şeiðrune School of Sorcery one of the 12 schools of magic from the world of JK Rowling's Harry Potter series...I use brief references in my novel under the 'Fair use act' but avoid any plagiarism.

4Q: This story is quite a bit different from your last novels, Roadhouse legacy and the Bouncer’s Bibles. What inspired this story?


IH: I love the writings of JK Rowlings and her Harry Potter series. But I also have a great love for Viking mythology...Not the crap the movies put out but REAL Viking myths and legends. So I combined my two passions into a book series. My school is very different from the other institutions.
The students are older, stronger and more physical. All the magic and rituals are based on REAL Viking Seidr and Rune magic. My books even have a glossary in the back to translate Old Norse language to English. You will be able to speak old Norse tongue by the time you finish the novel!
Lol. 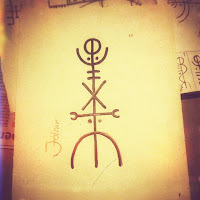 4Q: Starting from today, what else do you have to do to get your new story ready when can we expect it to be ready for either per-purchase or to buy.


IH: I am just now into my first draft review. Page 79 of 450. Its slow going because of the fun I'm having with it. But when my wife pry's it from my fingers..it should be published February 2019. 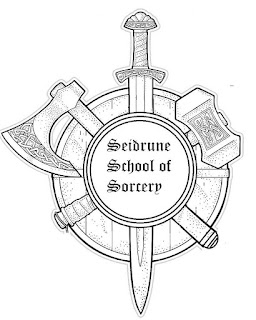 4Q: What next for Ivan Holiday, the author?

Within the last few years and as of late, Devilin the Darkmind had become increasingly disgruntle. He was annoyed and far from content, in regards to the teaching of Dark Fjölkyngi (magic). He believed and argued strongly, that the absolute scope of Dark Arts were not being taught nor attained.
That the doctrine of Dark Fjölkyngi, needed to take a more advantageous path of study and start exploring the deeper, darker side of Viking Fjölkyngi and Şeiðr (Rune magic).
The Morpheus and Elvin knew where their brother was going with this particular line of thought and voiced their disapproval of his proposal, straight away. Both brothers warned Devilin, that to venture deeper into the dark side was to enter the realm of Svartr Fjölkyngi (Black Magic).
This level of sorcery was not only dangerous but totally forbidden at Şeiðrune.
Devilin argued that he could control the Svartr Fjölkyngi…that together they could harness its infinite powers and untapped potential. Morpheus quickly reminded his brother, of the pitiless path of addiction that awaited those who carelessly ventured down that risky road. Many who drank from the dark chalice of Svartr Şeiðr suffered a terrible, tormenting thirst for its malevolence power. Devilin rebuked his brothers, with a curse and a hiss, he labeled them both, cowards and fools. Morpheus informed Magus Darkmind, that he alone, was the elected Headmaster of Şeiðrune… and with that being said, never would he allow Svartr Fjölkyngi to be taught or even spoken of, in his school. Morpheus refused to discuss the matter any further and turned his back on Devilin, putting to rest the debate and his brother's belligerence.
Magus Darkmind, took his elder brother's final say, and his back, as an inexcusable insult, that filled him with blind rage. Devilin pulled a jewel handled, dagger, made from the fang of a Dragon, from the inside pocket of his cloak, and headed in Morpheus's direction.


Thank you Ivan for being our guest this week. For you readers looking for more information on Ivan and his novels, follow the links below.

Posted by Allan Hudson at 06:13
Email ThisBlogThis!Share to TwitterShare to FacebookShare to Pinterest