The Story Behind the Story with J. Ivanel Johnson of New Brunswick, Canada. 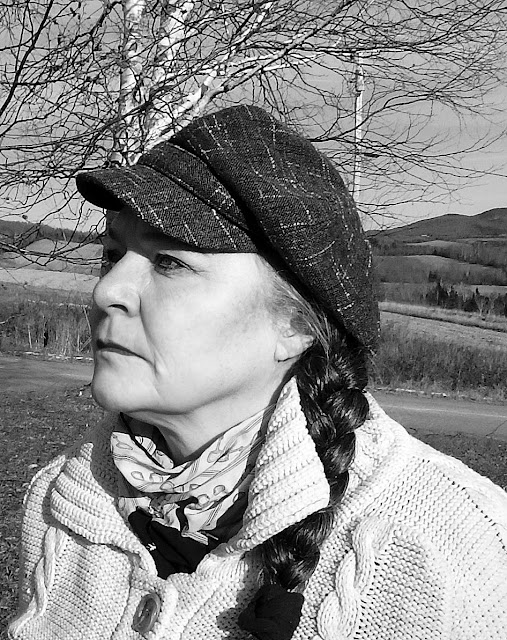 It’s always a treat to welcome another New Brunswick author to the Scribbler.

Johnson’s novel is garnering a lot of attention these days and we’re fortunate to have her visit this week to tell us about it.

J. Ivanel Johnson is the pen name for an author/playwright (with disability) who now resides on a farm in the Appalachians of New Brunswick. As in Just A STILL LIFE, she strives always to write about marginalized and culturally-diverse characters, many based on people from the First Nations, inner-city or mountain communities where she has previously lived and taught across the UK, USA and Canada. Her full-length musical, Rough Notes, also set in NB’s Upper River Valley, is currently being rehearsed for 2 professionally-workshopped performances in October and a number of Wolastoqiyik, Mi’kmac and several others from Black, Acadian and Latino communities of NB are involved to represent her range of characters. 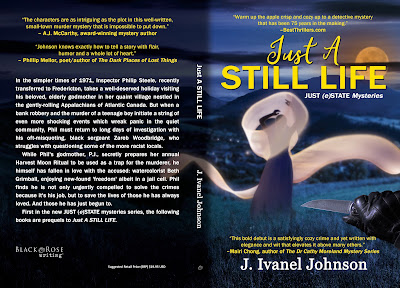 Synopsis: In the simpler times of 1971 Inspector Philip Steele, recently transferred to Fredericton, takes a much-deserved holiday with his elderly godmother in her quaint Victorian-styled village just north of the capital city. After a happy week exploring some of his boyhood haunts from summer vacations past, a bank robbery occurs. Later that night Oliver, a teen-age boy, is shot and killed. Having been an instrumental leader earlier that year on the case of one of Canada’s first serial killers, Phil is emotionally exhausted. Reluctantly, however, he must now return to long days of investigation with his oft-misquoting sergeant Zareb Woodbridge, a former journalist, who struggles with questioning some of the more racist locals. (In the remote, mostly-treed province of New Brunswick in that decade, a black person - especially one in authority - sets local tongues wagging behind his back and lips firmly pressed shut in his presence. )

The youth’s murder is not the only one to occur in the village; soon after two more people are killed in fairly quick succession. New Brunswick potato and orchard farmers whose families helped settle the Upper River area a century ago are offset with the likes of Carol Caribou, a First Nations Wolastoqiyik post-office intern who is able to help gather gossip as potential clues. Additionally, North Shoreman Gaston Hauche and fingerprinting expert Jose Santana, (whose Cuban family have lived in Atlantic Canada since the 1700's cod/sugar trades but who is still considered an outsider) are also part of the culturally-diverse problem-solving team.

And while Phil's godmother P.J. secretly prepares her annual Harvest Moon Ritual to be used as a trap for the murderer, he himself has fallen in love with the accused: watercolorist Beth Grimball, enjoying new-found 'freedom' albeit in a jail cell. Phil finds he is not only urgently compelled to solve the crimes because it's his job, but to save the lives of those he has always loved. And those he has just begun to. First in the new 'Just (e)State' mysteries, the following books prequels to Just A STILL LIFE. 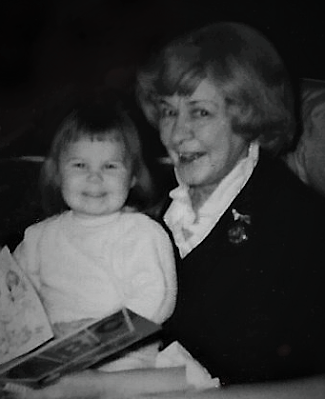 The Story Behind the Story: This is a doozie, and goes back exactly 75 years! My grandmother originally drafted this (originally entitled “Prison Is A Private Place) in 1947, and she set it back then. I made her a death-bed promise, some forty-five years later, that  I’d someday rewrite and ‘update’ it. Which took me another 30 years of on-again,  off-again attempts (as well as the various drafts crossing the ocean and the continent several times with me as I moved to various countries/provinces/states). I only updated it to the early 1970s, though, as I wanted to keep its intrinsic simplicity (no high-tech stuff, most of which I don’t use and can’t abide, including cell phones!) The sequels to this book, all part of the Just (e)State mysteries, are actually prequels going back two years each. Thus, the next book, Just A STALE MATE is set in 1969.

The original manuscript my grandmother whipped up was set in “Straffordville”, the village in Ontario where we both grew up. Well, I was actually two miles out of the village on a small rural ‘estate’, thus the title of the series, interestingly an anagram for Astute Jest, which is rather a running theme through the series. But I still understood very well how villages/small towns function – often with copious amounts of gossip salted with racism and bullying, all stemming from boredom and ignorance.

When we moved to New Brunswick six years ago I wanted to change the setting to this province, give NB more exposure in the literary world because Ontario already has quite a bit. So I reinvented our original flat-lands village, plunked it in the rolling mountains and called it Victoria, my grandmother’s first name. But I also liked the name of Victoria because we live in Victoria County and it suggests an old-fashioned, more genteel time, doesn’t it?

A question for you before you go, Julie: I think MOST authors feel the same as I do – we love the creative part of planning, plotting, devising and actually doing the writing, for the most part. But the majority of us don’t care for all the revisions, re-writes, re-reads, ‘killing our darlings’, multiple submissions, and all the promotion work!  Occasionally I’ve heard a writer say they LIKE to edit their work, and once in a while I hear someone say they enjoy doing interviews, plugging/selling their books, etc.

But not very often!

Having said the latter, thanks for this opportunity, Allan – it feels good to do this interview for a NB-specific site, and I hope lots of NB readers will be keen to see how much of their province and its people appear in Just A STILL LIFE (incl. fallen Fredericton officers Costello and Burns, whose families kindly gave me permission to use their names as otherwise-fictional 1970s police investigators).

Thanks for being our guest, Julie. Wishing you lots of success with your novel.

And a big thank you to our visitors and readers.

Posted by Allan Hudson at 09:32
Email ThisBlogThis!Share to TwitterShare to FacebookShare to Pinterest